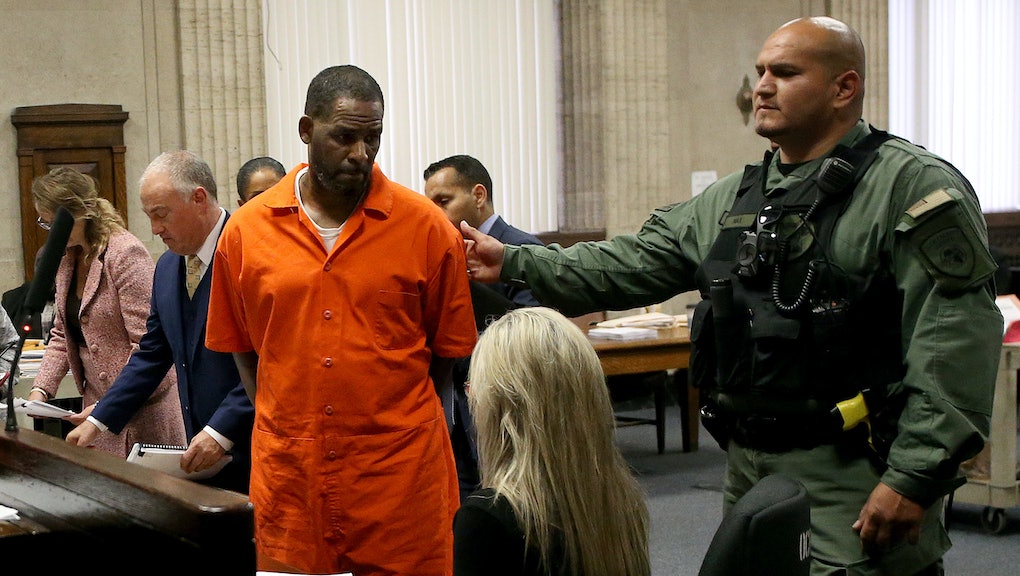 The R. Kelly trial paints a sinister portrait of the allowances of fame and patriarchy

Warning: The accounts of sexual abuse detailed in this article could be triggering for women who have been victims of abuse.

As we reported earlier this week, the federal sex trafficking and racketeering trial of R. Kelly has begun in New York, and it is a painful and triggering circus. To look at the decades of abuse of one man, and the extensive network of people who aided and abetted him, either knowingly or unknowingly, paints a sinister portrait of both the allowances of fame and the conditions of the patriarchy. It has taken so long for his victims to get a chance at real justice, and like in other high profile sexual assault cases, the process is a re-traumatizing dragging out of old wounds.

The beginning of the trial has already seen heartbreaking testimony from one victim, Jerhonda Pace, who was an underaged member of Kelly's fan club in 2009 when Kelly first began preying on her. She testified that he had a girl scout fetish, and choked, beat and sexually assaulted her before she was able to finally get away from him. Pace was brave and determined during the two-day testimony, while also being nine months pregnant.

Pace also testified that she thought that Kelly had given her herpes, which was corroborated on Thursday by Kelly's long-term physician of 25 years, Kris McGrath. He confirmed that Kelly has had herpes since at least 2007, suggesting Kelly knowingly gave the STI to others, which is a violation of public health laws. The testimony was complicated though by the fact that McGrath admitted that he thought the singer had herpes as early as 2000, but tests had come back negative, despite symptoms and requests for Valtrex (a treatment drug) so frequently that the physician had the number to Kelly's Walgreens memorized. The earliest medical record of Kelly having herpes was from 2011, which McGrath testified was because his office shifted from paper to digital records. McGrath also confessed that Kelly oddly did not pay for his services, instead compensating him in frequent concert tickets and flights around the country.

Depressing testimony continued in the trial's third day today as a former runner and low-level assistant, Anthony Navarro, testified that he shuttled girls on behalf of Kelly, and was made responsible for helping to keep them in their rooms once they arrived at Kelly's mansion. He was shown photographs of Pace and corroborated that he had seen her at Kelly's mansion over the years in question. Navarro also eerily described seeing two girls running across the mansion lawn on security footage after hopping a fence. He testified, "One girl in particular who had been there before looked really young. … I thought they were like mid-aged teenagers." He continued, "The things you had to do was a bit uncomfortable…it was almost like The Twilight Zone."

This week's revelations in the long-awaited R. Kelly trial were grim, and more grueling testimony is set to resume next week.

More like this
The first frustrating roadblock in Marilyn Manson’s sexual assault lawsuit is here
By Chloe Stillwell
How many times must victims relive their trauma in the Larry Nassar case?
By Chloe Stillwell
A mother and daughter have been charged with murder after performing a back alley butt lift
By Melissa Pandika
Stay up to date