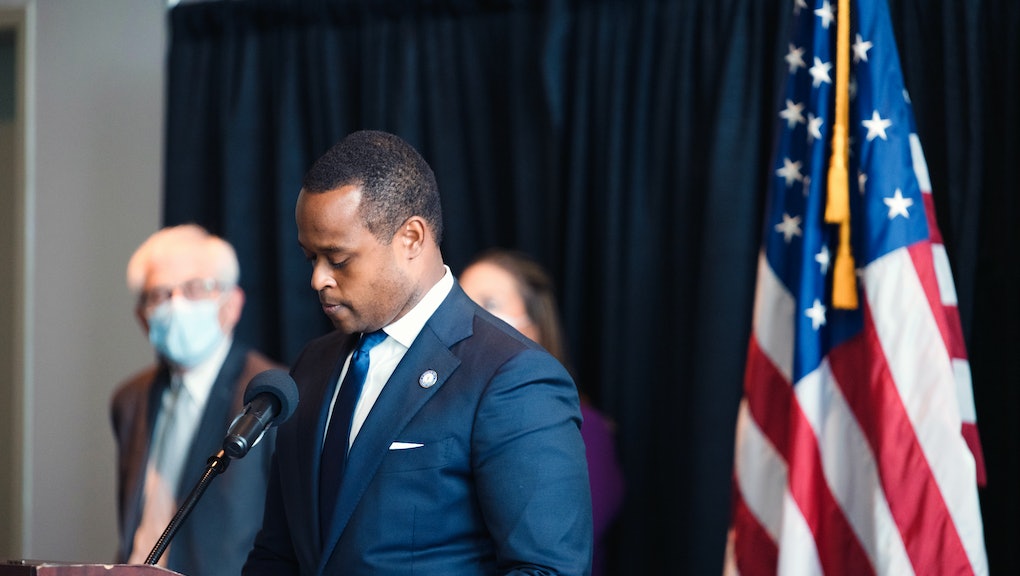 A unnamed juror who served on the Breonna Taylor grand jury formally asked Monday that recordings from the deliberations be made public and that jurors be allowed to speak freely about jury proceedings. The petition was granted a few hours later, meaning that America will get to hear deliberations from one of the most high-profile legal battles of the summer.

Police killed the 26-year-old Taylor after they attempted to serve a "no-knock" warrant (which allows police to enter a building without identifying themselves as law enforcement) in the early hours of March 13. Taylor's boyfriend, Kenneth Walker, thought that a civilian was trying to break in, and fired a weapon in the officer's direction in self defense. Officers shot back, hitting and killing Taylor.

Publicly available recordings won't change the outcome of the grand jury's decision only to indict former detective Brett Hankison with wanton endangerment for shooting into Taylor's neighboring apartment. (No charges were handed down to any of the three officers involved in the incident for Taylor's death itself.) However, personal testimony and recordings from the jury will illuminate what went on during what are typically super secretive affairs. Kevin M. Glogower, the unnamed juror’s lawyer, said that not every part of the deliberations, juror questions, and evidence presented were recorded, per The New York Times. Personal testimony from jurors may be crucial to paint a complete picture as to what really went on behind closed doors that led to the lack of charges.

Grand juries aren't trials — they're just the first step to see if there's enough evidence to bring charges and go to trial. There's no judge present, and defendants aren't allowed to present their side of the case. The idea is that prosecutors present evidence and potential charges for jurors to decide on. But the unnamed juror claims that Kentucky Attorney General Daniel Cameron (R) lied to the public last week when he said that all of the possible charges were presented for the three officers. "According to Mr. Glogower, the juror was unsettled by the fact that the grand jury was not given an option of charging the two officers at a time when the community has been roiled by demonstrations seeking their indictment. The 12-member panel was presented only with possible charges for Detective Brett Hankison, who was fired in June," The New York Times reported.

The motion calls out specific statements Cameron offered during last week's press conference announcing the grand jury's decision, even going so far as to say that Cameron was sidestepping accountability. "The citizens of this Commonwealth have demonstrated their lack of faith in the process and proceedings in this matter and the justice system itself," the petition read. "Using the grand jurors as a shield to deflect accountability and responsibility for these decisions only sows more seeds of doubt in the process while leaving a cold chill down the spines of future grand jurors."

Grand jurors, unlike prosecutors, do "not get to hide behind any entity, person, or office," the unnamed juror added.

More like this
All 4 officers involved in George Floyd's death will face federal charges
By AJ Dellinger
In his first address to Congress, Biden took on the country's vices: guns and police brutality
By Rafi Schwartz
Ohio police have "run amok" in their dealings with protesters, a federal judge admitted
By Vanessa Taylor
Stay up to date