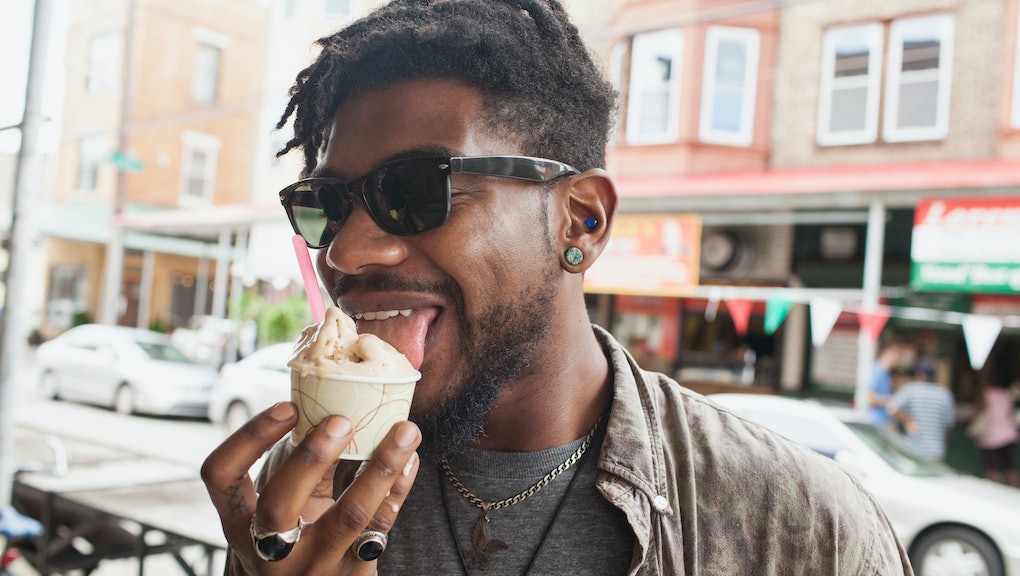 The role your taste buds play in your political beliefs

In these divisive political days, many of us are feeling pretty perplexed about how people with opposing ideologies can justify their stances. The supreme court nomination of Amy Coney Barrett, for example, leaves a really foul taste in my mouth. But those on the right seem to find her to be a palatable option. How can we be so different? Of course, there’s a lot that goes into the forming and evolution of our political beliefs, but new research suggests that your taste buds could play a role in your moral and political ideology.

A study released at the beginning of September in the Journal of Personality and Social Psychology looked at the connection between taste sensitivity and political attitudes. They tested participants' taste sensitivity using chemical taste strips and asked them to rate themselves on their political leanings. What they found was that people who were more taste sensitive — or more likely to respond negatively to intense flavors— were also more likely to be politically conservative. Researchers found they could use a person’s taste sensitivity to predict their political leanings 3-4% of the time. That’s not a huge predictor, but it begs the question as to why there is a connection at all. What could taste buds possibly have to do with politics?

“One possibility is that in people with disgust sensitivity, their emotional response to disgust is tuned up higher,” says David Pizarro, a psychology professor at Cornell and lead author on the study, tells Mic. People who are overtly taste-sensitive are easily disgusted, he explains. Physical disgust — as evidenced by things like nausea or increased heart rate – is a normal physiological response to things that could hurt us, Pizarro says, and it protects us from ingesting things that are dangerous to us, such as spoiled food.

The emotional feelings those physical sensations provoke are also normal. They are psychological symptoms of disgust that reinforce our body’s observation that something could be bad for us. The thing is, Pizarro says, most of us adapt to things that we find initially disgusting when we figure out that they aren’t actually dangerous.

Pizarro uses studies that tested incoming medical students for taste sensitivity as an example. “It doesn’t matter how easily disgusted they are at the beginning of med school,” he says. “By the end, they have adapted.” In other words, even when faced with things that seem really upsetting — like actual blood and guts — our bodies will learn to tolerate things we find disgusting if they prove not to be dangerous.

So, what does it mean that people who tend to be more easily disgusted also tend to be more conservative? Pizzaro wants to make clear, here, that he’s not trying to make judgements about people’s taste buds or their political beliefs. And he’s first to echo that the predictive power of taste buds is small. None of that is the point though.

Pizarro, it seems, is trying to get scientists — and the rest of us — to get curious about why we hold the beliefs we hold. “Isn’t it interesting to know that there is a connection between taste buds and ideology?” he asks. “Can we pause and consider why that might be the case? Are you okay with how your physiology might affect your ideas?”

We may want to consider how disgust can be used in political campaigns, says Pizarro. “Disgust can be weaponized,” he says. “Conservatives often make appeals to disgust. Trump uses the language of disgust.” The “Nasty Woman” phenomenon is a great example of this. Conservatives used “nasty,” a word that connotes disgust, as a slur and liberals took it up as a rallying cry. We took their disgust and made it not just palatable, but powerful.

This could be one of the reasons that it feels harder to provoke deep disgust in liberal people. “Disgust is harder for liberals to weaponize,” says Pizarro. There are plenty of liberals who are easily disgusted by things like genetically modified food, he says, but — at least so far — GMOs haven’t proven to be a reliable political unifier. It takes something extreme — like police brutality, for example — to truly disgust us.

So what do we do with this knowledge? Well, we can start by trying to get a better understanding of why people respond to difference with disgust and some do not. “While conservatives and liberals can all have implicit prejudices around people of color, for example, some people are better at naming the sensation, asking themselves if it's realistic, and deciding not to act on it,” says Aimee Daramus, a Chicago-based psychotherapist. How does knowing that bias may have some physiological foundation help the cause? That remains to be seen, but perhaps if conservatives can weaponize disgust, those of us on the other side can find a way to defuse it.

More like this
This anti-vaxx doctor is seriously telling lawmakers vaccinated people are "magnetized"
By Tracey Anne Duncan
Can CBN help you sleep? The science behind the trendy weed compound
By Melissa Pandika
Magic mushrooms could treat depression better than some medications, a new study suggests
By Melissa Pandika
Stay up to date