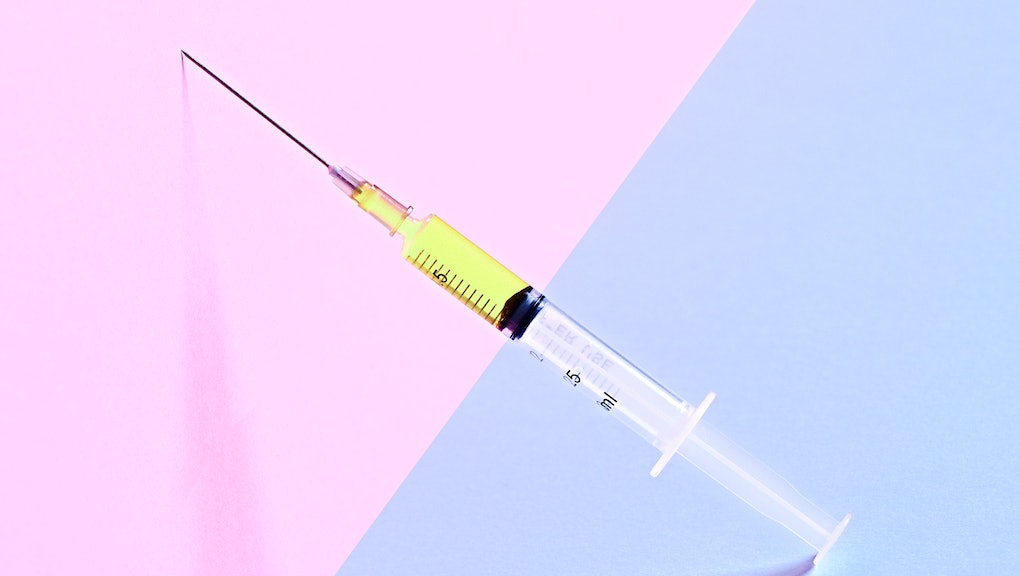 Even with the Delta variant raging across the U.S., we’ve clearly reached a plateau as far as vaccinations go. As of mid-June, almost 15 million Americans were only partially vaccinated, meaning they got the first jab of a two-dose vax but skipped the second. All this half-assing may seem harmless — and offer at least a little protection, right? Nope. Experts have long said that skipping your second shot is a bad idea, and now there’s a small but important study to back them up. Here’s why you need that second vaccine shot.

Research published in mid-July in the journal Nature suggests that it’s not the first shot of the mRNA vaccines that does the heavy lifting — the second shot is the star. The study followed 56 healthy volunteers who were part of a Pfizer vaccine trial at Stanford University starting in December 2020. The researchers tested the blood samples of participants at multiple times before and after their first and second doses. What they found was that the first shot increases COVID-specific antibody levels — which was expected — but not as much as the second shot does, EurekAlert reported.

"The second shot has powerful beneficial effects that far exceed those of the first shot," Bali Pulendran, professor of pathology and of microbiology and immunology at Stanford and co-author of the study, told EurekAlert. The second shot increased antibody levels and initiated a T-cell response that the first shot did not, Puledendran told EurekAlert. Those are the kind of immune responses that scientists expected the second shot to have, but the second dose also produced some surprising (and amazing) results.

The mRna vaccine, specifically the second dose, apparently mobilized a newly discovered group of first-responder cells — a specific kind of monocytes — that have high levels of antiviral genes, according to EurekAlert. These cells are generally rare in the body. They made up for only .01% of circulating blood cells in participants before they were vaccinated, but the monocytes increased to 1% of blood cells after the second shot. According to Pulendran, these cells are unique in their ability to provide expansive protection against viral infections.

If you’ve never heard of these first responder monocytes, it’s because they were only recently discovered during a vaccine study led by Pulendran, reported EurekAlert. "This is the first time RNA vaccines have ever been given to humans, and we have no clue as to how they do what they do: offer 95% protection against COVID-19," Pulendran told EurekAlert, but the increase in monocytes that the mRNA vaccines produce may be part of the answer.

Scientists were surprised — and delighted — by the enormous increase in monocytes after the second dose of the vaccine. “It's possible that these cells may be able to mount a holding action against not only SARS-CoV-2 but against other viruses as well,” Pulendran told EurekAlert. Basically, getting that second shot may not just dramatically increase your body’s ability to fight COVID-19, it might help you fight against other viruses as well. This feels like very good news given all that we don’t know about the current mutations of COVID-19 and what variants may develop in the future.

It’s worth noting that this was a small study, but it was rigorous, and considering recent research from France that suggests that the second shot is pivotal in fighting the Delta variant, it seems like now is a really good time for the partially vaxxed to schedule that second shot. The good news is that it’s not too late to get that second dose. We may not be able to completely thwart Delta, but we will have a better chance if more Americans get fully vaccinated.

More like this
Studies suggest that Pfizer is no longer the cooler vaccine
By Ian Kumamoto
Could fresh air be the key to ending the pandemic?
By Melissa Pandika
How to save your skin from climate change
By Melissa Pandika
Stay up to date