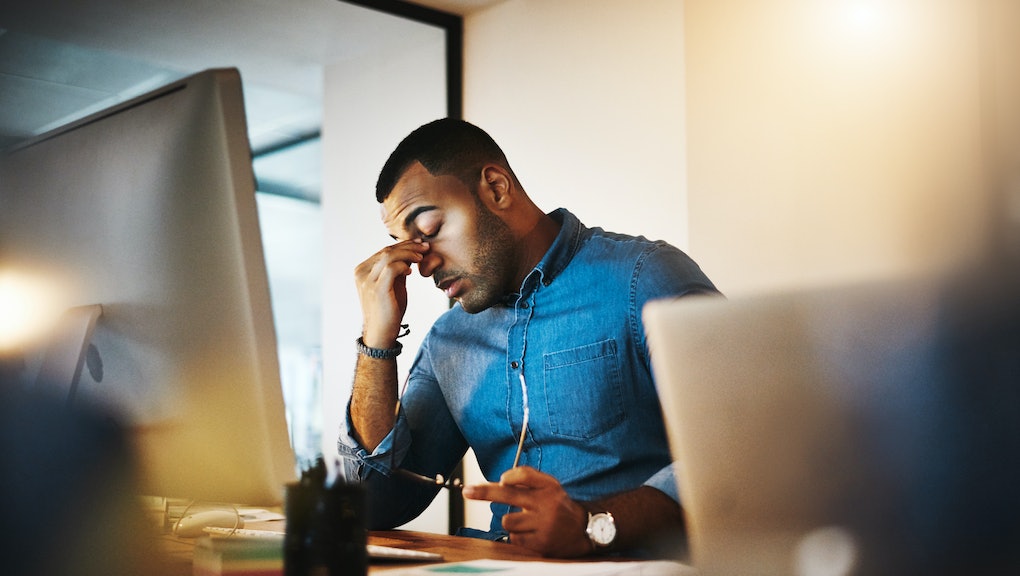 The secret to avoiding burnout is saying no more often

Early in my freelance writing career, I busted my ass trying to land bylines anywhere I could. Heightening my visibility would attract more assignments, I reasoned — all the better if my work appeared in well-known publications, even if they didn’t pay that well. While those stories grew my Twitter following, they didn’t do the same for my bank account, nor did they necessarily yield more opportunities. Unsurprisingly, I ended up broke and burnt out.

At the same time, I have compassion for my newly-minted freelancer self. Now, I’m a lot more strategic about the work I accept, but at the time, choosiness seemed like a luxury I couldn’t afford. Especially if you’re wading into a new career, you might feel pressure to accept any opportunity — whether an assignment or an appearance, like a podcast interview — no matter how abysmal, or nonexistent, the rate, in order to build your brand. At what point should you stop saying “yes” to every professional opportunity for the sake of exposure?

First, let’s unpack the psychology behind this impulse to say “yes” to every opportunity. One explanation is “this idea that saying yes to these professional opportunities will potentially lead to more opportunities and more networking and more business,” says Lindsay Bryan-Podvin, a financial therapist in Michigan. It’s hard to turn down something that could bring in more work.

Our identities can further complicate the choice of whether to accept an opportunity. If you’ve been socialized as a woman, you’ve likely been conditioned to be accommodating, which might make you feel obligated to say yes, Bryan-Podvin says. And if you’re Black, Indigenous, and/or a person of color, there may very well be fewer opportunities for you, which could also spur you to jump on them when they do arise. A low-income background and capitalist culture in general create a scarcity mindset that also make it difficult to resist accepting extra work.

This scarcity mindset can also kick in if you have anxiety, Bryan-Podvin adds. You might fear that if you refuse an opportunity, you won’t get another like it, or your business will fail. Depression might make you more likely to accept opportunities because they offer external validation that can elevate your lowered self-worth.

Saying “yes” to every professional opportunity can lead to exposure — that is, you name will likely get passed around in the industry, helping you gain a reputation as someone who’s often available, or green and eager to work, Bryan-Podvin says. The thing is, you’ll be known not only for saying “yes,” but also saying “yes” to unpaid work.

To assess whether an opportunity is worth the exposure, “I think it’s important to get crystal clear on what the exposure is,” Bryan-Podvin says. For paid and unpaid opportunities alike, she asks herself, is it really a mutually beneficial fit? That is, is it the best use of her time, energy and expertise? She considers whether it’ll not only attract the clients she wants, but whether the audience will resonate with her style, values, and the way she shows up.

When she was starting out, Bryan-Podvin would get a bunch of requests to do such work — but she also agreed to requests that didn’t really have anything to do with her business, like the time she did an interview for a car insurance blog. She later realized that her ideal clients probably weren’t scrolling through car insurance blogs, but through blogs for financial advisors or psychologists. It makes more sense for her to agree to a guest blog, interview, or presentation for spaces that lie at the intersection of the fields where she does most of her work.

Once I realized that I couldn’t just write features for big-name publications with limited freelancer budgets if I wanted to keep the lights on, I started organizing my goals in this way, too. I aimed to land at least three to five bylines in major publications a year to build my portfolio and write for better-paying but lesser known clients, like trade publications, to meet my income goals.

At the same time, Bryan-Podvin says, don’t automatically assume that a particular opportunity for exposure, however seemingly big and shiny, will make your career. Although she's been quoted in various big-name media outlets, she says those quotes didn’t change how her business operated.

Finally, set a cap on how much time or energy you’re willing to donate. Bryan-Podvin decided at the beginning of this year that she’d no longer agree to unpaid speaking engagements after being flooded with requests for such engagements toward the end of last year. The thinking was that while they were unpaid, they’d help her grow her email list. But she found that all the time she spent preparing and giving these presentations took away from the time she could’ve spent seeing clients and doing other paid work. “So I’m losing income preparing, and I’m losing income the day of,” she says. Sure, she might garner a ton of email addresses, but “those emails aren’t going to pay my bills.”

Bryan-Podvin says that having a template for how you’ll respond to requests for “exposure work” can help. You can always give yourself some buffer time — letting whoever contacted know that you’ll give them an answer in 48 hours, for example. That gives you time to check in with yourself and whether the request meets the criteria you’ve set for what types of work you agree to do.

It goes back to “being the gatekeeper of your own time, energy, and expertise,” Bryan-Podvin says. You can’t be a good [insert profession here] if you’re constantly giving away your energy. Plus, doing so conditions people to expect you to work for free, Bryan-Podvin explains, “which is so, so invalidating, and also insulting. This is your job, not your hobby.

I’ve personally found it helpful to consider how working for free can undermine my industry, creating the expectation that not only will I work for free, but so will my peers. It can also further exclude folx from financially disadvantaged backgrounds from my industry.

Setting a boundary around unpaid or low-paying work that promises exposure can feel challenging and uncomfortable. The good news is, you can approach it mindfully and systematically in order to build your career with intention.

More like this
8 funding sources for BIPOC entrepreneurs
By Melissa Pandika
How to file your taxes: A beginner's guide
By Melissa Pandika
Too much sitting will wreck your life — but some types are better than others
By Wuyou Sui and Harry Prapavessis
Stay up to date