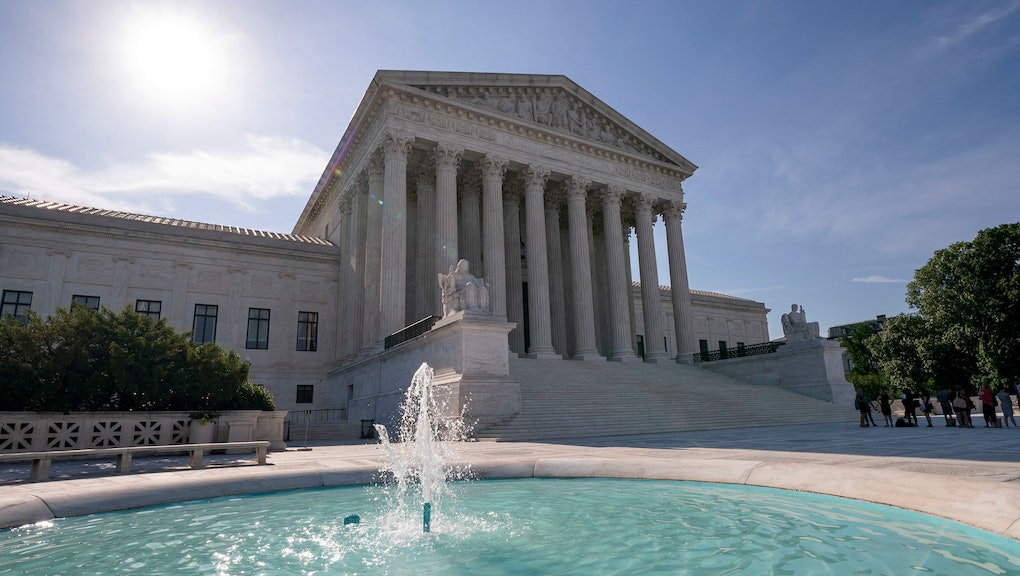 On Monday, June 17, CNN reported that the Supreme Court declined to rule on a highly consequential religious freedom case, sending the case back to lower courts instead. The case involved the owners of an Oregon bakery, Melissa and Aaron Klein, who, in 2013, refused to make a cake celebrating the commitment ceremony of Rachel Cryer and Laurel Bowman, a lesbian couple. The Kleins had cited religious reasons in their refusal, but Oregon law said that their decision discriminated against customers on the basis of sexual orientation, and fined the bakers.

The Supreme Court's decision to vacate the judgment comes after three months of closed door considerations. Now, the case will be sent back to Oregon courts for "further consideration," meaning that the original ruling in favor of the lesbian couple that fined the Kleins $135,000 — and, the bakers claimed, apparently put them out of business, reports CNBC — has been overturned.

This is the second time in barely more than a year that religious freedom and LGBTQ rights have landed on opposite sides of a lawsuit considered by the Supreme Court. Last June, the court narrowly decided in favor of Colorado bakers who refused to make a cake for a gay couple, but declined to make an overarching decision on whether the ruling allowed for discrimination against LGBTQ people based on religious reasons in any other context.

According to the New York Times, it was expected that the court's decision on the Oregon case would determine if other businesses claiming religious objections had a right to refuse service to a person based on their sexual or gender identity. Yet by declining to rule on the case, the Supreme Court is choosing to leave things in the hands of lower courts, meaning that different states will be able to rule differently on individual cases. In the past, lower courts have typically ruled against the discrimination of LGBTQ people, but the Supreme Court's vacation of the Oregon ruling could be seen as a sign that more people who choose to use religious freedom as a defense will be allowed to do so legally.

Prior to the news, the Oregon court had appealed to the Supreme Court not to take the case, according to NBC News. "Baking is conduct, not speech. A bakery open to the public has no right to discriminate against customers on the basis of their sexual orientation," a state representative said in court filings about the case.

First Liberty, the group that represents the bakers — which describes itself as "the largest legal organization in the nation dedicated exclusively to protecting religious liberty for all Americans," per CNN — has called the Supreme Court decision a win. "This is a victory for Aaron and Melissa Klein and for religious liberty for all Americans," Kelly Shackelford, the CEO of First Liberty, said in a press release. "The Constitution protects speech, popular or not, from condemnation by the government. The message from the court is clear, government hostility toward religious Americans will not be tolerated."

Many people, of course, are far less happy with the court's decision not to rule not just because of what it means for the individual case, but due to the implications lower court's rulings might have. Businesses across the country being granted the ability to turn away customers based on religious grounds could dramatically weaken anti-discrimination laws nationwide, even without a federal ruling on the matter.

More like this
Ted Cruz, you dunce, you Eddie Munster-looking nincompoop, it's time to log off
By Rafi Schwartz
Vaccines are good. Threatening to evict someone over them is not
By Rafi Schwartz
After 9/11, the U.S. leaned into security theater. Here's how that's playing out 20 years later
By Vanessa Taylor
Stay up to date