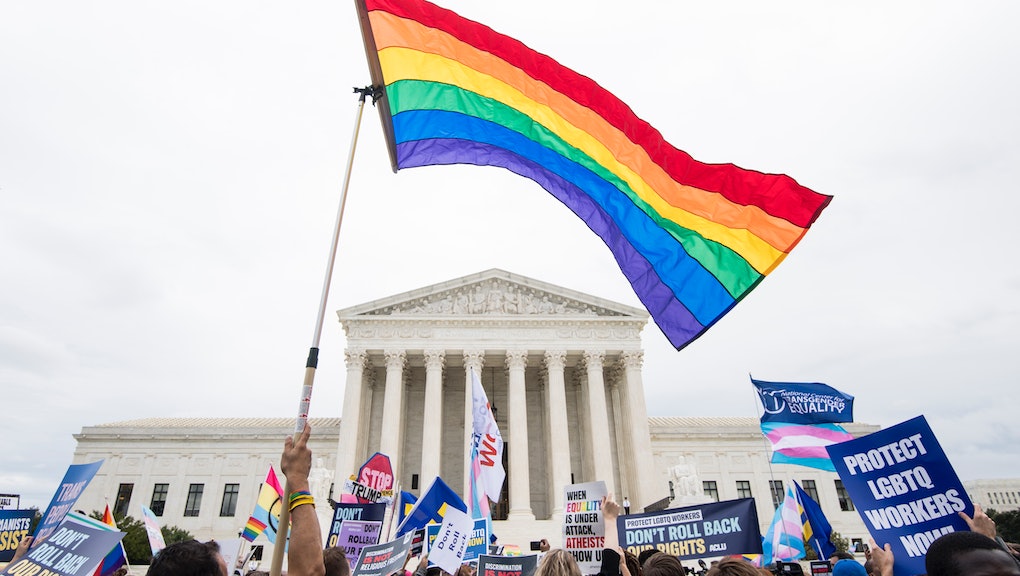 The court ruled 6-3 in favor of LGBTQ workers — somewhat surprising given the court's conservative lean. Justice Neil Gorsuch and Chief Justice John Roberts jointed the four liberal justices in the ruling. Gorsuch wrote the majority opinion for the court, saying, "An employer who fires an individual for being homosexual or transgender fires that person for traits or actions it would not have questioned in members of a different sex. Sex plays a necessary and undisguisable role in the decision, exactly what Title VII forbids."

The court's ruling came from a combination of three cases: Bostock v. Clayton County, in which a Georgia worker argued he was fired from his state government job after his employer learned he joined a gay softball league; Altitude Express Inc. v. Zarda, in which a skydiving instructor said he was fired after he told a female customer he was gay in an effort to make her feel more comfortable with a tandem dive; and R.G. & G.R. Harris Funeral Homes Inc. v. Equal Employment Opportunity Commission, which centered on transgender discrimination specifically as Aimee Stephens, a transgender woman, sued because she was fired after she told her devoutly religious employer that she intended to dress according to her gender identity.

The Associated Press estimates there are 8.1 million LGBTQ workers in the U.S., noting that protections at the federal level are crucial because most states don't have sex- or gender-based discrimination protections in place.