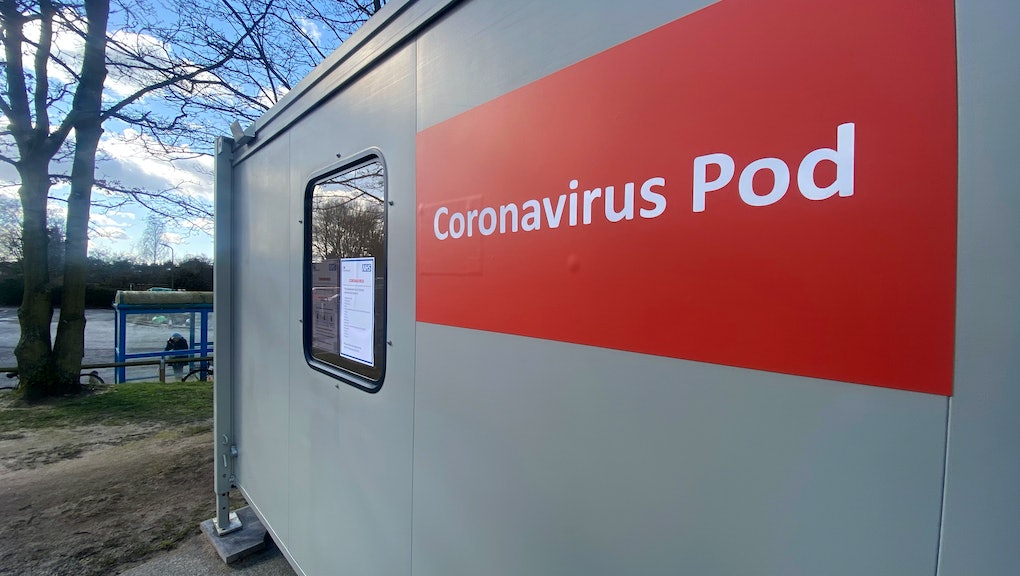 The Trump administration's coronavirus messaging has been a mess

If the past week is any indication, Americans may have reason to be concerned about the coronavirus outbreak, which is on the verge of becoming a pandemic. The illness itself may not necessarily be their biggest cause for concern, but rather the Trump administration's messy, confusing, and in some cases inaccurate messaging about the situation. President Trump and his cadre of science-questioning officials are facing what could amount to the most serious acute health crisis of his term in office so far. But to date, administration figures have offered contradictory information about coronavirus and the threat it poses to the U.S.

Let's begin with Larry Kudlow, the director of the National Economic Council and the president's top economic adviser, who on Tuesday downplayed the coronavirus wholesale. "We have contained this," Kudlow insisted to CNBC's Kelly Evans. "I won’t say airtight, but pretty close to airtight."

He added that "I don’t think it’s going to be an economic tragedy at all," although "there’ll be some stumbles." By "stumbles," Kudlow was probably referring to the stock market's precipitous, coronavirus-inspired tumble, which has essentially erased all gains for the year and represents one of the worst market weeks since the 2008 financial crisis.

Trump has touted the economy's strength as one of the biggest reasons he should be re-elected, so one of his top officials attempting to quash the coronavirus as a market story is unsurprising. Problem is, Kudlow's "everything's chill" routine came literally the same day as doctors from the Centers for Disease Control and Prevention were sounding the alarm about the coronavirus's potential impact in the U.S.

"Ultimately, we will see community spread in this country,” CDC National Center for Immunization and Respiratory Diseases Director Nancy Messonnier told reporters Tuesday. "It's not a question of if but rather a question of when and how many people in this country will have severe illness."

Meanwhile, eternally sleepy Commerce Secretary Wilbur Ross suggested last month that the coronavirus might actually be a good thing for America — specifically, of course, for the economy. "I think it will help to accelerate the return of jobs to North America" when companies worried about supply chain disruptions start reallocating resources, he said during an interview with Fox Business.

Fully cementing the White House's alarming messaging on coronavirus, Trump himself spoke to reporters Wednesday during an evening press briefing specifically about the virus. Trump appeared to want to allay fears about the outbreak's impact in the U.S., but some of his statements actually raised more concern.

To begin with, Trump spent much of his press conference arguing over the disease's fatality rate (he got it wrong), insisting that a widely available vaccine is imminent (it's not, and in fact his own health secretary said earlier in the day that even if there were a vaccine it would not be guaranteed to be available for everyone), and claiming that everything was largely under control. Literally while he was speaking, news broke of a new case of coronavirus of unknown origin that had been discovered in California. Finally, Trump announced that he was naming Vice President Mike Pence as the point-person to spearhead his administration's response to the virus — a move that would inspire much more confidence had Pence not enabled an HIV outbreak while he was governor of Indiana by slashing state health spending and being misinformed about needle exchanges.

The reaction to the Pence news has, shall we say, not been overly enthusiastic. House Speaker Nancy Pelosi claimed she told the vice president to his face that she was concerned about his role addressing this outbreak. New York Rep. Alexandria Ocasio-Cortez, meanwhile, was slightly less circumspect in her criticism, calling him "unqualified" and warning that Pence at the helm "could cost people their lives" because of his history of disbelieving science.

It probably doesn't help that the New York Times reported that the only reason Trump tapped Pence for the job is because he doesn't "have anything else to do." Several government figures have sounded the alarm over the Trump administration's coronavirus plan; meanwhile, the White House's response to critiques about its preparedness has included mandating that any and all administration statements about the virus must be cleared with Pence's office first.

Even financial giant Goldman Sachs has signaled concern over the administration's handling of the disease. On Wednesday evening, Goldman Sachs analysts warned in a report that an anemic response to the outbreak — and its economic effects in particular — could cost the president his re-election bid in November.

"If the coronavirus epidemic materially affects U.S. economic growth it may increase the likelihood of Democratic victory in the 2020 election," the report read. If that doesn't motivate Trump to actually do something about the outbreak, then it seems nothing will.

More like this
This poll shows just how strong Trump's hold on Republican voters is
By AJ Dellinger
Live from New York: Revisiting the totally bonkers era of post-9/11 'SNL'
By Rafi Schwartz
After 9/11, the U.S. leaned into security theater. Here's how that's playing out 20 years later
By Vanessa Taylor
Stay up to date