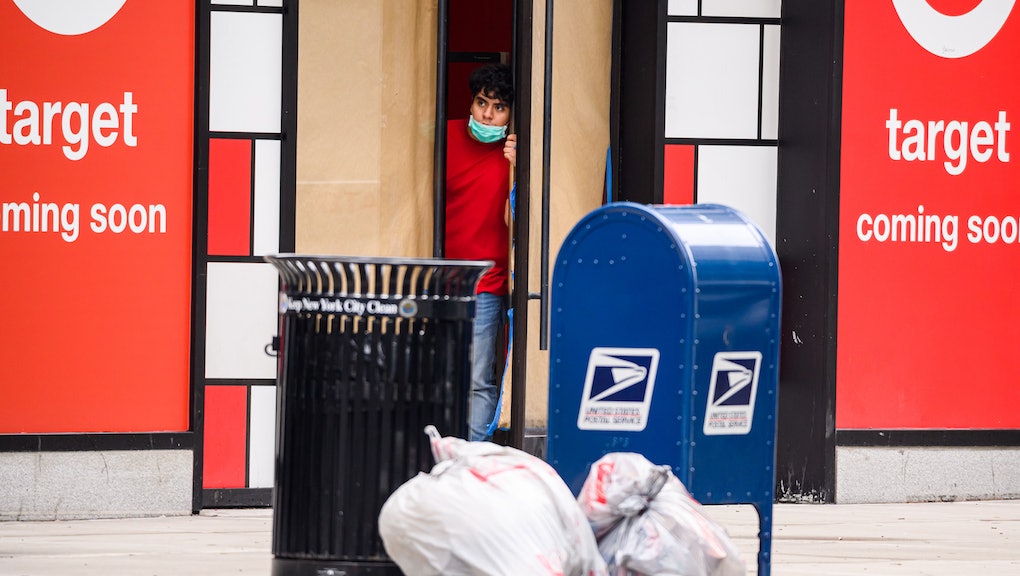 More than 500 of the Postal Service's massive mail-sorting machines have been ordered removed, threatening the USPS's ability to effectively coordinate and deliver letters, postcards, and perhaps most importantly, mail-in-ballots on time, according to an internal document obtained by Vice's Motherboard this week.

Publication of the document, officially titled "Equipment Reduction", comes shortly after President Trump bragged to Fox Business that he has no intention of funding America's struggling, essential Postal Service expressly so that he kneecap vote-by-mail efforts designed to maximize electoral participation during the coronavirus pandemic.

The document ordering the removal of the machines — already underway, according to USPS employees who spoke with Motherboard — is dated May 15, just days after Trump donor Louis DeJoy was voted in as postmaster general, suggesting that the ongoing plans to dramatically reduce the USPS's capacity were already well underway before DeJoy assumed control of the agency.

According to Motherboard, machine removal is taking place in Michigan, West Virginia, Massachusetts, Maryland, and Texas. Michigan and Texas in particular are states that will be hotly contested in this fall's election.

The reduction in sorting machines — per the documents, estimated to represent some 15% of the USPS's total — is just one facet of an increasingly transparent plan by the Trump administration to manipulate the postal system ahead of the upcoming presidential race. Another gambit is reportedly underway to remove mailboxes entirely.

In addition to seemingly working to constrict mail access ahead of the election, The Washington Post reported Thursday evening that the Trump campaign and Republican National Committee have begun crafting a legal plan to challenge mail-in ballots after the November election, as well — a sign that the president is prepared to challenge the results of the election, in part, thanks to his ongoing USPS restrictions.

On Twitter, former President Barack Obama explicitly labeled these efforts part of the Trump administration's plan to "undermine the election."

Earlier this week, dozens of Democratic senators signed a joint letter to DeJoy expressing their concern over the ongoing changes to the Postal Service, writing that efforts to suddenly increase the cost of voting-by-mail are "wrong and unacceptable."