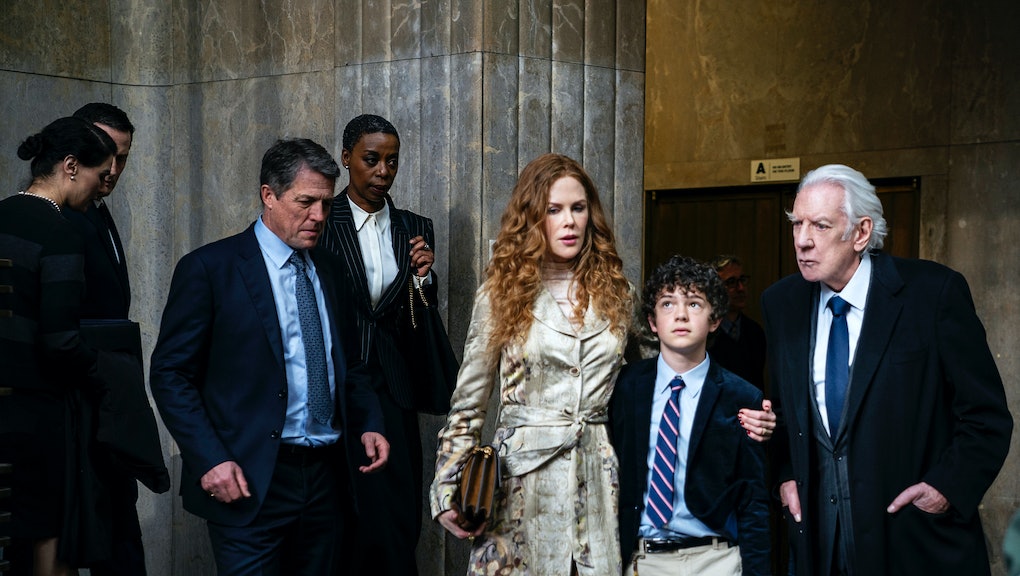 'The Undoing' didn't have to be that disappointing

Spoiler alert: We’re going to talk about the ending of HBO's The Undoing in this post, because it wasn’t great and we should talk about that.

Honestly, I’m shocked so many people thought the “whodunit” aspect of The Undoing was a mystery right up until the final moments of the series finale. I knew from episode one that Dr. Jonathan Fraser (Hugh Grant) was a lying, narcissistic piece of rubbish and absolutely capable of murdering the mother of his lovechild. It’s an unfortunate ending because it’s so obvious and predictable. But for me, the pulpy HBO series took a wrong turn early on by killing off its most interesting character — Elena, the artist and mother whose slaying sparks the unraveling of Dr. Grace Fraser’s (Nicole Kidman) comfortable life.

That being said, The Undoing is a ratings hit for HBO. Riding high off the stunning finale of Lovecraft Country, the new show in the Sunday night slot quickly eclipsed its viewership. The Undoing just beat out Game of Thrones as the biggest premiere on Sky Atlantic in the U.K. (which owns the rights to air HBO shows there).

But aside from that and some genuinely good acting (particularly from Noma Dumezweni as the lawyer Haley Fitzgerald), The Undoing is terribly hollow. As The New Yorker’s Naomi Fry sagely pointed out in her review of the series, “the show is the latest in a long tradition devoted to examining the shadowy psychic crevices of high-strung, upper-class white women.”

There have been a lot of shows like this lately. The most obvious example being Big Little Lies, the other HBO prestige series created by David E. Kelley. The Undoing is almost like the East Coast version of that show, which centers on California’s super-rich. But Big Little Lies is the superior show because of the complexity of the murder at its core.

A note on Elena Alves, played by Italian actress Matilda De Angelis. The show heavily suggests her character is Latina, using establishing shots of her studio and apartment in Spanish Harlem. While De Angelis is a captivating beauty, it’s a disappointing casting choice to play an underwhelming character. But The Undoing was never really concerned with Elena or her story. It’s too preoccupied with the peculiar depravities of its privileged protagonists.

Funnily enough, The Undoing is based on a novel called You Should Have Known by Jean Hanff Korelitz. It was a smart “red herring” for Kelley to rename the book when he adapted it for HBO. Everyone probably would’ve been less shocked by that dreadfully obvious ending.