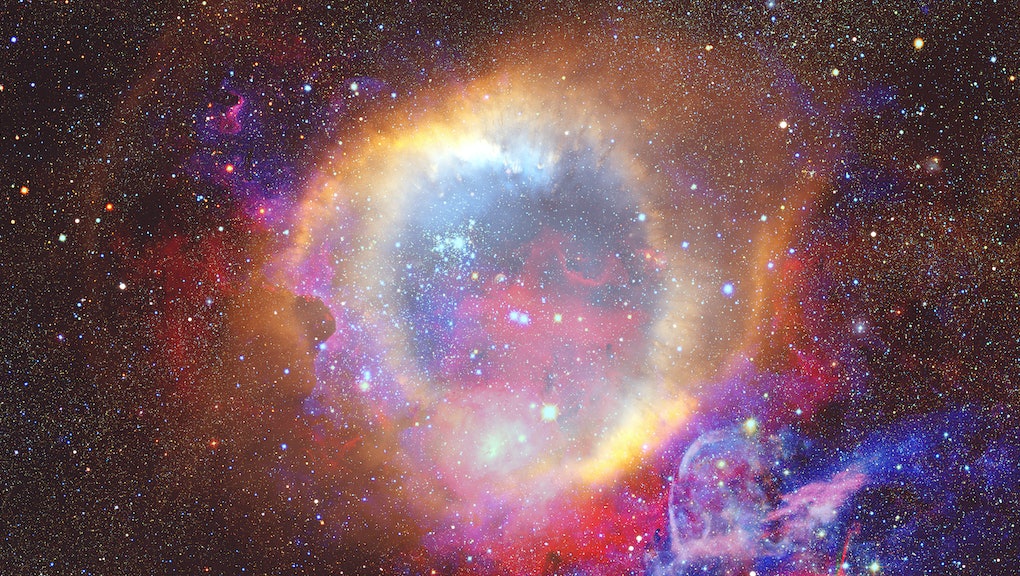 The universe could be made of a “spacetime foam,” scientists theorize

The universe is awe-inspiring and massive, rife with some of the most exciting mysteries the human mind can wrap its head around. But there's one thing that scientists and physicists have been struggling to understand for years: what, exactly, is the universe made of? This is a question that the brightest minds have struggled with for some time. While several theories have been applied and analyzed over the years, the latest explanation seems the most outlandish of them all: theoretical physicists believe that the structure of the universe is crafted out of "spacetime foam," or the culmination of a mass of bubbles, all containing miniature universes that comprise the entirety of our own.

Previously, Einstein's theory of general relativity was used when describing the universe and its geometry. Einstein used a concept like "spacetime," which is a mathematical model that brings the three dimensions of space and the dimension of time into one single four-dimensional model. It's a little complicated, but just think of it as smushing space (like all around us) and time into one plane.

The theory described spacetime as something like a trampoline on the surface, with planets taking the form of bowling ball-like shapes that create curves on the surface. Lighter objects (say, a marble in this case) would simply roll on the surface around the planets in orbits, which made a case for explaining orbits in general by the way spacetime simply curves.

The only problem with the theory (despite being admittedly difficult to understand) was that Einstein's initial model didn't work for the entire universe. The universe has been observed to be expanding over the years, and there's effectively a ton of hidden energy that's "missing" when viewing the universe as a whole. Thus, theoretical physicists have proposed the whole bubble idea. Back in 1955, physicist John Wheeler suggested that spacetime itself is "foamy" and made up of bubbles, each comprised of their own separate universes. He explained it as such, interpreted via the University of North Carolina's Y. Jack Ng in an email to Motherboard.

"Imagine yourself flying a plane over an ocean. At high altitudes the ocean appears smooth. But as you descend, it begins to show roughness. Close enough to the ocean surface, you see bubbles and foam. Analogously, spacetime appears smooth on large scales; but on sufficiently small scales, it will appear rough and foamy," said Ng.

Recently, the University of California's Professor Steven Carlip published additional research that indicated these bubbles could potentially "cancel out" the extra energy unaccounted for in the universe. According to Carlip, the foam is a "complex microscopic structure" that expands over time, with tiny universes filling the spaces where expansions have occurred over and over again at different points. It's brain-breaking stuff, to be sure.

Essentially, the existence of this intriguing spacetime foam could be "erasing" the cosmic energy that's yet to be accounted for in the current theories we have now. If these models are correct, it could change the way theoretical physicists understand what the universe is comprised of for good – but there's still plenty of research required to understand what's going on behind the scenes more clearly.

Are we a universe among millions of foamy bubbles of spacetime, drifting about with even tinier universes in each of the bubbles that comprise everything in our own? It's difficult to wrap your head around, but it certainly is an intriguing concept.