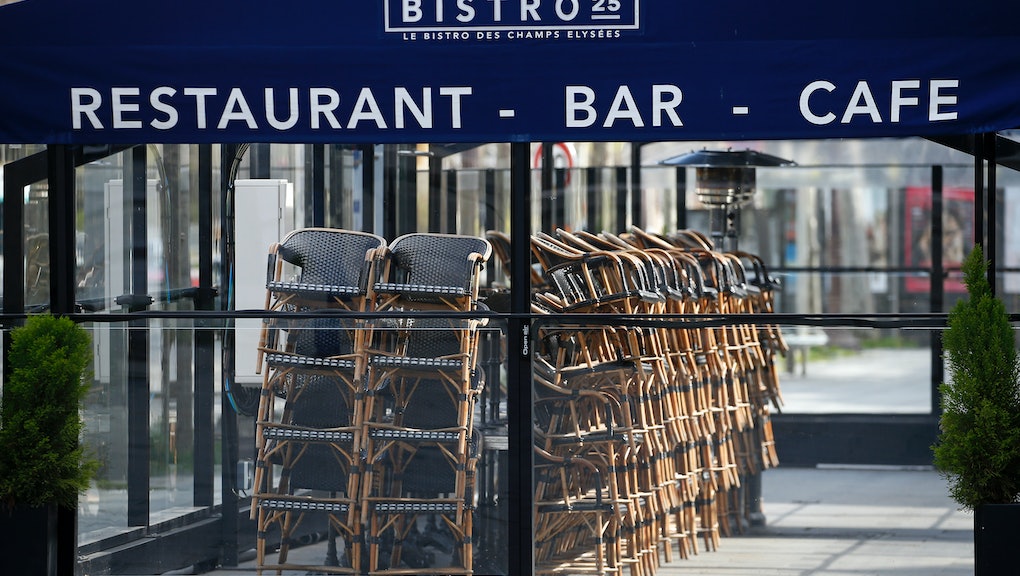 Mandatory closings of bars and dine-in restaurants around the country, a response to the rapidly spreading coronavirus which by Monday has infected 170,400 people around the world, has effectively uprooted the live music, restaurant and entertainment industries.

From delayed film releases to the shut down of every major sports league, everyone will inevitably be struck by social distancing policies, creating a vacuum of labor. In a city like New York, where nightlife workers are a major part of the local economy, the ripple effects stand to be brutal. Quarantine distancing practices open the door for untold amounts of short-term suffering and devastating long-term effects for small businesses and clubs.

In 2019 researchers in the New York City Mayor's office found that nightlife generates 299,000 jobs and $13.1 billion in employee wages, along with $697 million in tax revenue annually. As Bushwick Daily pointed out last year, the report notes that 24 percent of establishments saw decreased revenue since the data was compiled for 2016, and 47 percent have seen a decrease in profits. The revenue lost from temporarily shuttering many bars and nightclubs could very well have permanent results.

With ride-share services like Uber and Lyft set to continue on uninterrupted amidst closures and cancellations, restaurants in Seattle are already adapting with home delivery and drive-through pick-up options.

According to a New York Times report, the restaurant reservation platform Resy saw a 20% decline in reservations nationwide on Wednesday night from a year ago, with steeper declines likely after the president declared a national emergency on Friday. New York specifically saw a 30 percent decline in reservations, and in Seattle, home to a significant portion of number of U.S. cases of the virus, a 60 percent drop.

Over the weekend, the popular Pittsburgh hardcore band Code Orange livestreamed their record release show over Twitch to an empty venue, after their initial date was canceled. Donations were optional to help them recoup losses from the show, along with listing all of their exclusive release day merch on the webstore. Across New York City, unique nightlife responses to the crisis have emerged. The nightclub Nowadays offered to stream one of its parties over the weekend, after shutting its doors to guests in response to the outbreak. This mirrors practices that caught on in China last month before the coronavirus reached its peak, with DJs broadcasting to empty clubs to earn tips. While you can only expect live-streaming to become a more commonplace way for artists to regroup, it doesn’t replace the shifts of bartenders, servers, doormen, and tour managers out of work indefinitely.

With no paid sick leave available to impacted nightlife workers and entertainers — and evidently, workers for some of the largest food and retail companies in America — they’ll face the task of re-calibrating to find work quickly wherever opportunities less affected by the pandemic may arise. In the absence of coherent leadership, it’s going to take some creative collective action to weather the potentially season-long shutdown for large public gatherings. In the meantime, look out for laid off workers, tip your takeout workers much more generously than normal, order some albums on Bandcamp, and look out for workers’ safety by staying home for everything but the most essential trips.