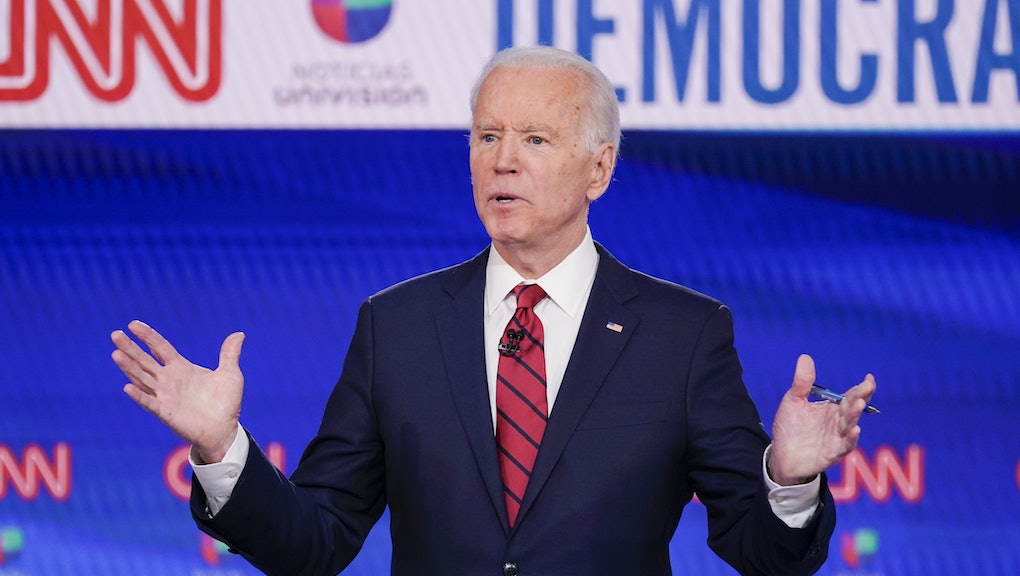 Tara Reade, the woman who has accused Joe Biden of sexual assault, has filed a public incident report in Washington, D.C., according to Vice. In the report, Reade lays out the same allegation that she first told to the podcast host Katie Halper last month: that in 1993, when she was working in Biden’s Senate office, the then-senator digitally penetrated her without consent.

“He went down my skirt but then up inside it,” Reade told Halper. “And he penetrated me with his fingers.”

Last year, Reade was one of a group of women who accused Biden of a pattern of touching that they found uncomfortable. At the time, Reade only said that Biden touched her in ways that were inappropriate, but which did not constitute sexual assault. Reade’s new allegation, however, is a far more serious charge. Reade says she told some people concurrently about the assault, some who remember it and some who don’t, according to Vice. Her brother and one unnamed friend recall Reade saying she had a traumatic sexual experience while working for Biden.

Although the criminal statute of limitations on the case has expired, Reade tweeted that she filed the report “for safety reasons only.” Filing a false police report is punishable by law, so by taking this step, Reade is demonstrating her commitment to the truth of her allegations.

On Sunday, The New York Times published a report on Reade’s accusation, which included an official denial from Biden campaign spokesperson Kate Bedingfield. Biden “firmly believes that women have a right to be heard — and heard respectfully,” Bedingfield told the Times. “Such claims should also be diligently reviewed by an independent press. What is clear about this claim: It is untrue. This absolutely did not happen.”

So far, Biden himself has not offered any statement on Reade’s new allegations, with statements from his camp coming only from spokespeople. Mic reached out to Biden’s campaign for comment but did not receive an immediate reply; we'll update this story if we do receive a response.

Reade previously tried to reach out to the Time’s Up Legal Defense Fund for help with making the accusation public, but was rebuffed, according to a report in The Intercept. The fact that Reade accused the Democratic Party’s presumptive presidential nominee of rape, and yet the allegation has received relatively little media attention — not to mention that the candidate himself hasn’t been made to address Reade’s accusation directly — is something of an integrity test for the Democratic Party, as Mic wrote in March. So far, they don’t seem to be passing.