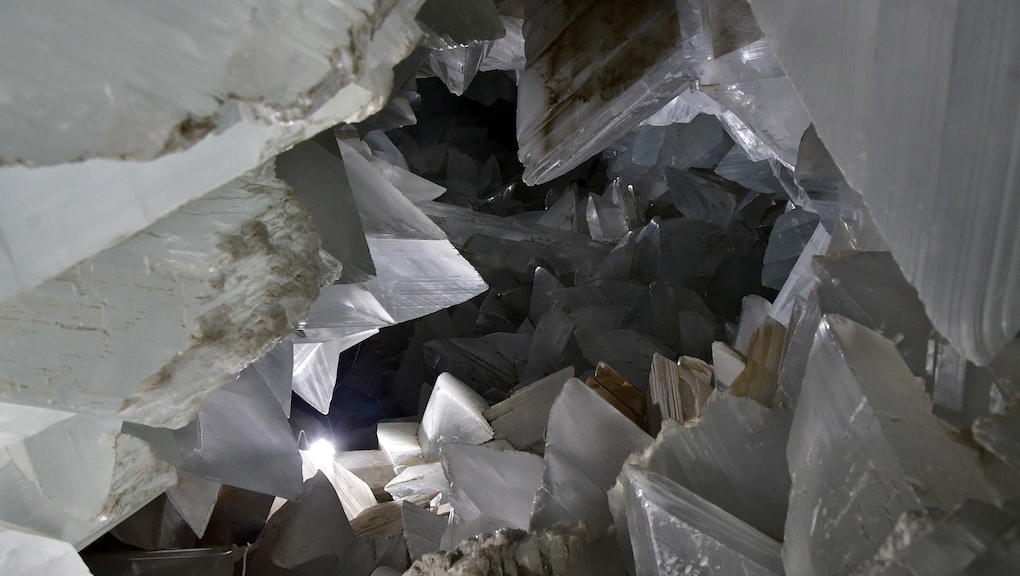 There is a dark side to the trend of "wellness" crystals

In the United States, wellness has become a very expensive hobby for many. There are salves, serums, supplements, and teas designed to improve users’ general wellbeing. A popular element of the wellness trend is crystals, glittering cuts of Earth that promise to bring everything from metaphysical healing to protection from evil forces in the world.

Any evidence that such crystals work is nonexistent, but it hasn’t stopped the trend from exploding in popularity. The demand for crystals has doubled in the U.S. in the last three years. For the people who mine these stones, this has led to decidedly negative outcomes. A new Guardian report shows that the process of mining crystals is dangerous and relies on the labor of workers often exploited in underdeveloped countries. The miners are sometimes subjected to inhumane working conditions for very little pay.

In the countries where crystals are imported from — namely India, China, and Brazil — there has been an explosion in demand for low-cost labor. In Madagascar, which has the highest rate of crystal exports, workers mine in almost completely unregulated conditions. Most miners live on a wage that leaves them below the poverty line of $1.90 per day, and there’s a widespread lack of running water and electricity.

“Sometimes it’s very dangerous but they still mine, because they want money,” Many Jean Rahandrinimaro, the deputy mayor of Anjoma Ramartina in Madagascar, told the Guardian. “There’s the possibility of a landslide, that happens a lot here. The soil falls on them and they die.”

There are also environmental issues. When a new mining site is discovered, the area quickly becomes crowded with people hoping to make money from the venture. This can have disastrous effects on the forests which are cleared away to expand mining areas.

This isn’t the first time practices in the crystals mining business have made the news. In 2017, the New Republic published a report about where many popular stones come from. Though most companies aren’t willing to state where their gems are sourced, the report found that large gold and copper mining companies often come across crystals in the course of excavating for other materials and sell the byproduct. This creates an incentive inside of a business that already has a negative impact on the environment.

With wellness brands like Goop marketing the healing powers of crystals, the mining practices around these precious stones will continue to be an issue. The unregulated labor practices in countries like Madagascar are a growing area of concern, as are the already present environmental issues. It presents yet another point of caution around a booming U.S. trend. Consumers might think their wellness crystals are harmless, but as with many products, it is rarely that simple.

More like this
How "Patria y Vida" went from hip-hop hit to anthem of Cuban resistance
By Kara Weisenstein
The protests in Cuba are about much more than the current economic crisis
By Vanessa Taylor
The U.N.'s human rights chief just called for reparations on a global scale
By Vanessa Taylor
Stay up to date