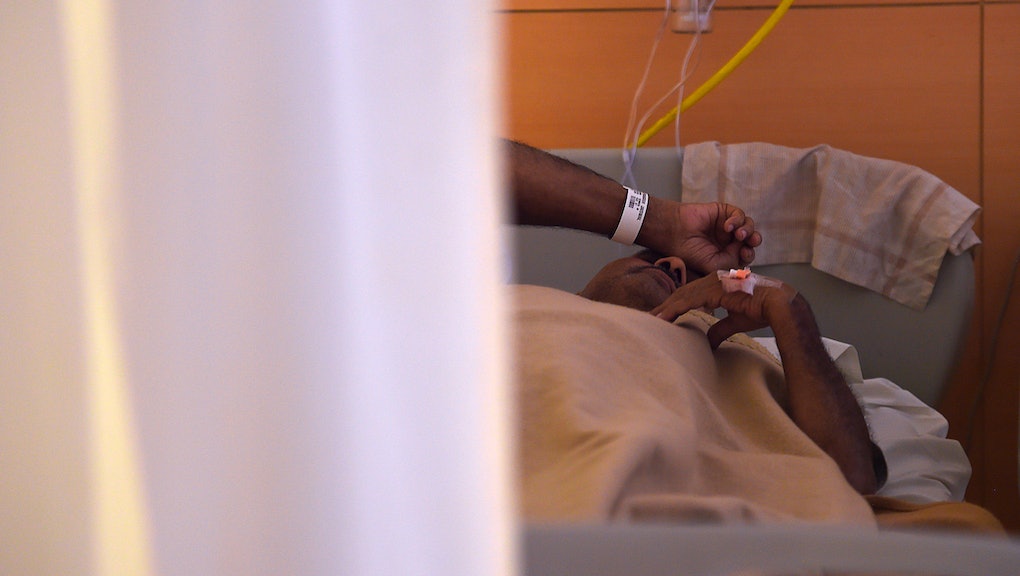 There's a mystery outbreak in southern India: Here's what we know so far

India is right behind the U.S. in coronavirus infections and, unfortunately, the country is now facing another disease outbreak. Over the weekend, over 300 people were hospitalized with a mystery illness in Andhra Pradesh, a southern state in India, CBS reported. Here’s what we know so far.

Patients in this subset reported symptoms similar to those associated with epilepsy, including seizures, vomiting, and headaches. Doctors have been unable to identify the cause of the illness using blood tests, according to CBS. All the patients brought in with the epilepsy-like symptoms tested negative for COVID-19, Alla Kali Krishna Srinivas, the Health Minister of Andhra Pradesh told the BBC. Srinavas also ruled out water contamination and air pollution as the cause.

The illness, while still only in a small group, seems to be moving very quickly. Those sick with the illness started appearing in hospitals on Saturday in Eluru City in Andhra Pradesh, reported CBS. By Sunday, more than 300 people had been hospitalized, and the latest figures released by Reuters indicate that more than 400 people have now been hospitalized. One person has died, but over 150 people have appeared well enough to be released from treatment.

Officials in Andhra Pradesh are urging people not to panic, but Nara Chandrababu Naidu, former Chief Minister of Andhra Pradesh and leader of the Telegu Dasam party — the state’s leading opposition party — called for an impartial, full-fledged investigation on Twitter. Naidu seems to fear that state officials are downplaying the danger that residents of Andhra Pradesh could be facing. It all sounds all too familiar and pretty scary.

This is not the first time that Andhra Pradesh state officials have been accused of under responding to threats.“With more than 250 people now affected, the situation in Eluru is worsening,” Naidu tweeted. “I demand an impartial, full-fledged inquiry into the incident. Floods, cyclone or healthcare, the YSRCP Govt has been caught napping in emergency situations.”

The truth is that it’s too soon to say whether this mysterious illness is going to become a major threat, but Andhra Pradesh is already dealing with more than 800,000 coronavirus infections, so it does seem worth investigating. For their part, city officials in Eluru have closed schools and begun a door-to-door survey and health experts are expected to arrive early this week in order to further investigate the illness, CBS reported. Fingers crossed that this illness passes quickly and really is nothing to panic about.

More like this
J&J vaccine may be less protective against the Delta variant, new research confirms
By Tracey Anne Duncan
The U.S. just renewed its “public health emergency” status. Here’s why that matters
By Melissa Pandika
If we get vegan bacon right, we can save humanity
By Tracey Anne Duncan
Stay up to date