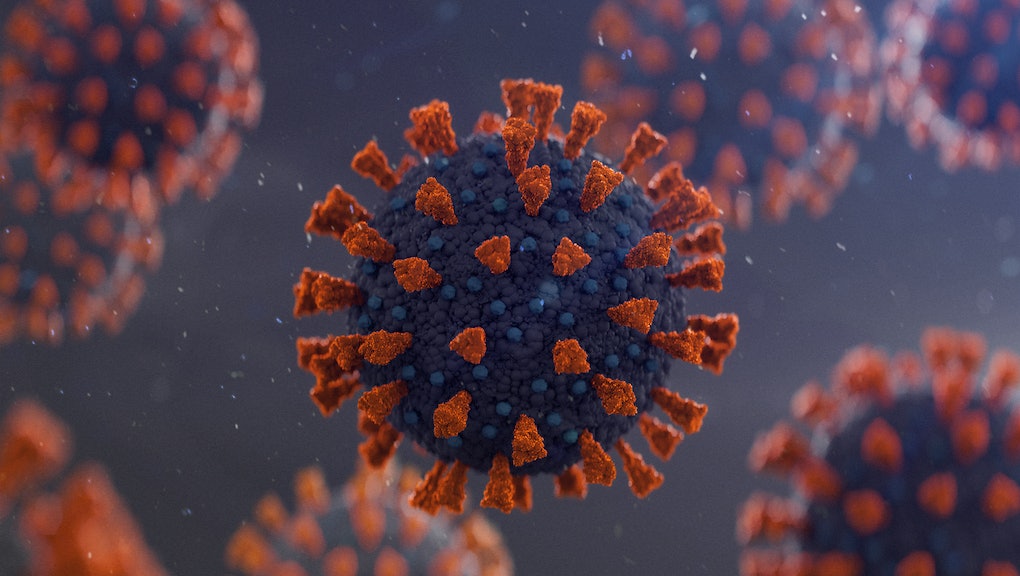 There's a new coronavirus mutation in the UK. Here's what we know about it

As we watch the COVID-19 vaccines roll out around the world, London is under lockdown again. On Saturday, British Prime Minister Boris Johnson announced stringent restrictions in response to a quickly spreading new strain of the coronavirus. Officials are scrambling to give us answers about what this new mutation means. Here’s what we know so far about the new coronavirus mutation in the U.K.

It’s normal for viruses to mutate

It’s tempting to think of COVID-19 as a conscious beast slyly trying to sneak past our defenses to destroy our lives, but mutation isn’t something that the virus is viciously doing to fuck with us. What’s happening is that the coronavirus is developing subtle new genetic variations to survive. What happens is that as humans develop more immunity to the virus, it changes in small ways so that it becomes less recognizable to our immune systems.

As alarming as this sounds, the reality is that viruses are always changing. This particular mutation is a small change in the spike protein that gives the coronavirus its name. This may be the first variation that you’ve seen blazing headlines about, but scientists have tracked thousands of mutations since we discovered the virus in 2019, according to the New York Times. You haven’t heard about them all precisely because mutations are so commonplace. “This thing’s transmitting, it’s acquiring, it’s adapting all the time,” Ravindra Gupta, a virologist at the University of Cambridge, told the Times.

This mutation could be easier to track

British health officials predicted that this mutation is 70% more transmissible. While that sounds scary, it’s a figure that is based on modeling, not on experimental data, the Times reported. In other words, there haven’t been any lab experiments that directly measure how transmissible the mutation is; this number comes from computer forecasts using already existing data.

New variations may allow the mutated virus to replicate and transmit more efficiently — or they may not. Scientists just aren’t sure yet. “We need to have a little bit more experimental data,” said Muge Cevik, an infectious disease expert at the University of St. Andrews in Scotland, to the Times.

This particular variant "contains 23 different changes" to the genetic structure of the virus, Chris Whitty, England's chief medical officer, told CNN. The number of new changes makes this strain easier for scientists to track and it appears to account for 60% of new infections in London, which have almost doubled in the last week, reported CNN. This new mutation "demonstrates a substantial increase in transmissibility compared to other variants,” according to the UK government's New and Emerging Respiratory Virus Threats Advisory Group.

In other words, this mutation of the virus is being transmitted more frequently, but experts aren’t sure if that’s because people are passing it around more or if the virus itself is more contagious, while some experts fear that it is, according to CNN.

This variant is not necessarily more deadly

But even if a virus is more likely to spread doesn’t mean that it is more deadly. "We are not seeing any increased virulence — clinical severity — so far," Julian Tang, clinical virologist at the University of Leicester, told CNN. Either way, more infections is not good news, as hospitals in London — and everywhere else — are already overburdened.

With all of these questions floating around about the discovery of this mutation, one thing is sure: Scientists need to keep an eye out for mutations. “Certainly these mutations are going to spread, and, definitely, the scientific community — we need to monitor these mutations and we need to characterize which ones have effects,” Jesse Bloom, an evolutionary biologist at the Fred Hutchinson Cancer Research Center in Seattle, told the Times. Some mutations are inconsequential and some are even less deadly than the original, but tracking them is critical to our understanding of the virus — and therefore our strategy for defeating it.

You may be wondering whether this variation will allow the virus to slip past our vaccines. Probably not. “No one should worry that there is going to be a single catastrophic mutation that suddenly renders all immunity and antibodies useless,” Bloom told the Times. Yes, it is possible for viruses to change so much that the vaccinations developed to prevent them don’t work, but those changes happen over the course of years, not months.

And even if this coronavirus does change dramatically, it doesn’t mean that our vaccines will become totally useless. Think of the flu. Influenza is a virus that changes rapidly and what that means is that we have to get a new inoculation for it each year. That could be the case with coronavirus, too, but our current vaccinations won’t be in vain. “It’s not going to be like an on-off switch,” Bloom said.

This mutation doesn’t mean we should panic

London going into lockdown makes for sexy news, but it may not actually mean much in practical terms. “The public should not necessarily be panicking,” Emma Hodcroft, a molecular epidemiologist at the University of Bern, told the Times. “These are useful pokes for scientists and governments to get systems in place — now, before we might need them.” In other words, this variation is of more concern to scientists than it should be to us.

This coronavirus variant news is truly an example of how knowing more isn’t always better. This is one of thousands of mutations scientists have observed in the coronavirus, and we’re only hearing about it because Boris Johnson responded dramatically — as he is wont to do. Staying vigilant is a slippery slope and the truth is that this mutation doesn’t change much for non-scientists. Stay distanced, mask up, wash your hands, and always question the histrionic behavior of political “leaders.”