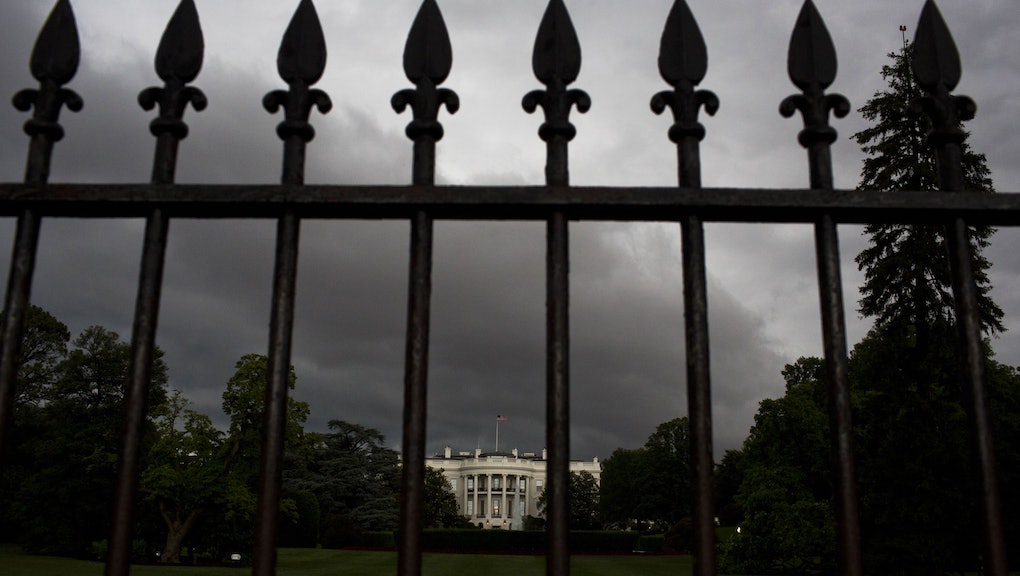 The 2020 elections are on the horizon and non-voters are the topic of interest once again. In recent months, there have been an influx of campaigns, tweets, and articles aimed at getting people to the polls. But in attempts to sway those who are non-voters by choice, many of these resources fall into the trap of painting them as politically inactive and apathetic because they are, somehow, unaffected by the Trump administration's policies.

In 2016, non-voters became the scapegoat for President Trump's victory, and they are quickly being positioned as the culprits if he wins again. However, these tendencies to mischaracterize non-voters ignores that a number of them are people of color for whom Trump's America is not a departure from the norm. Rather than being politically inactive, many non-voters organized outside of electoral spheres long before Trump took office, and argue that Trump is not exceptional. Instead, he is part of a much larger problem that they believe voting will not do away with.

"I consider voting, as it currently stands and particularly as it functions in this election, to be a tool of white supremacy, especially in light of the virulent civil unrest the country is experiencing," Lyn, who voted in the last two elections and requested to remain anonymous, tells Mic. "I am not a white supremacist, and I am not going to continue to perpetuate white supremacy through my personal and political power. I am focusing my efforts, energy, and the power of my voice in abolition in the place of using my vote."

Similarly, Bryan, a life-long Bay Area resident and son of a Filipina immigrant who has organized since the beginning of the Iraq War, tells Mic, "The essence of voting is choosing to be represented in governance. I'm choosing not to vote because, in my view, American capitalist democracy has historically fallen on the side of white supremacy. ... Voting for who my master is isn't a form of choice at all." (Bryan declined to provide his last name.)

With the push to get Trump out of office, a lot of campaigns directed at non-voters are led by Democrats attempting to sway more people to their side. However, by focusing on individual actions, Democrats are able to place the crux of responsibility for the election on non-voters and ignore a glaring problem: that a number of people of color just aren't excited by their presidential candidate Joe Biden, and it's impacting their decision to vote.

This dissatisfaction with Biden as a candidate is far from a frivolous issue. Even as the prevailing narrative during the primaries was that Black voters would carry Biden to victory, his nomination screamed to many people of color that Democrats were not concerned with their needs. After all, in the middle of a pandemic that has killed over 206,000 Americans so far — with glaring racial disparities as Black, Latino, and Native American people are disproportionately dying — and left some with staggering medical bills, Democrats nominated a candidate who doesn't support universal health care. And as protesters demand police abolition following a series of nationwide uprisings, Democrats nominated a candidate who drafted the infamous 1994 crime bill and says he supports more police funding.

"The presidency seems to seek to maintain the imbalance of power and continue to exploit marginalized communities despite demands from the citizens of this country," Lyn says. "Ultimately, I find it grossly insidious to respond to the civil unrest of the people in our fight against state-sanctioned forms of violence with perpetrators and creators of the laws that enforce this violence as choices for our political leaders in the face of fascism."

On the back of the popular "vote blue no matter who" rhetoric, Biden's campaign mostly centers around him not being Trump. But simply not being your opponent isn't enough to make people come to the polls. Plus, when it comes to Trump and Biden, some non-voters see more similarities than differences. For example, while Trump's treatment of protesters is often criticized, Biden also scapegoated anarchists and argued for their criminalization in a statement that echoes some of Trump's own language, even while he claims to stand in contrast to it.

"I refuse to vote for someone just because they're not Trump."

"The U.S. itself is the greatest danger to the world right now, and voting won't fix that. But I would have voted for someone like Bernie [Sanders], just for damage control," Musabika, who requested to only use her first name, tells Mic. "Biden doesn't offer anything, and he is an open enemy to marginalized groups within this country, and to many nations outside our borders."

"I refuse to vote for someone just because they're not Trump. Trump isn't an aberration to the history of this nation as some would have us believe, nor is he the first openly racist president," she continues. "Trump and Biden are both of this violent country, and they both intend to preserve that violence."

Musabika is not alone in her point of view. Farwa Zaidi, who voted in every presidential election since turning 18, no longer intends to vote. She tells Mic, "After giving it a lot of thought, choosing between two racists who support war and police doesn't feel like the freedom that voting has been fed to us to be. Additionally, seeing as how Trump didn't even win the popular vote in 2016 and still ended up [president], I really fail to see how voting this time will help."

In response to non-voters' concerns about Biden, many are told that he is the lesser of two evils. But for Zaidi, that response is inadequate. She says, "The idea of the 'lesser of two evils' is an extremely American supremacist view of things. When someone says a candidate is the lesser of two evils, they usually mean, 'Yeah, he supports Israel and voted for the Iraq War, both of which killed countless innocent Muslims, but at least his domestic policy is good!' Which just goes to show that Americans value their own lives so much more than those in the East. And I for one just cannot support that."

"I am not gonna vote into a system that claims to know progress while dismissing my pain."

Yasi, who requested to only use their first name, sees his lived experiences growing up disenfranchised in Puerto Rico as reason to disbelieve the value of voting. Puerto Ricans, living on an island territory of the United States, cannot vote for president or Congress. He told Mic in an email, "As I grow and become more mature, I realize America is not a democracy, at least for those of us who are disenfranchised. No matter what party it is, Puerto Rico doesn’t see a difference, they all ignore us and/or commit the same imperial violence."

"I feel a lot of countries overseas have the same experiences, even when they’re not a direct colony. Both Democrats and Republicans have bombed the Middle East, both Democrats and Republicans have pushed for sanctions that starve families overseas. I don’t think I can force myself to vote for Biden when he’s supposed to be the 'lesser' evil," he added.

Although he voted when he was first eligible to, Yasi said the lack of action following several major earthquakes in Puerto Rico and during the pandemic spoke volumes to him. To summarize his thoughts, Yasi turned to a quote from Malcolm X that he credited with opening his eyes: “If you stick a knife in my back nine inches and pull it out six inches, there's no progress. If you pull it all the way out, that's not progress. Progress is healing the wound that the blow made. And they haven't even pulled the knife out, much less healed the wound. They won't even admit the knife is there.”

"Until America decides to acknowledge the knife and heal the wound," Yasi concluded, "I am not gonna vote into a system that claims to know progress while dismissing my pain."