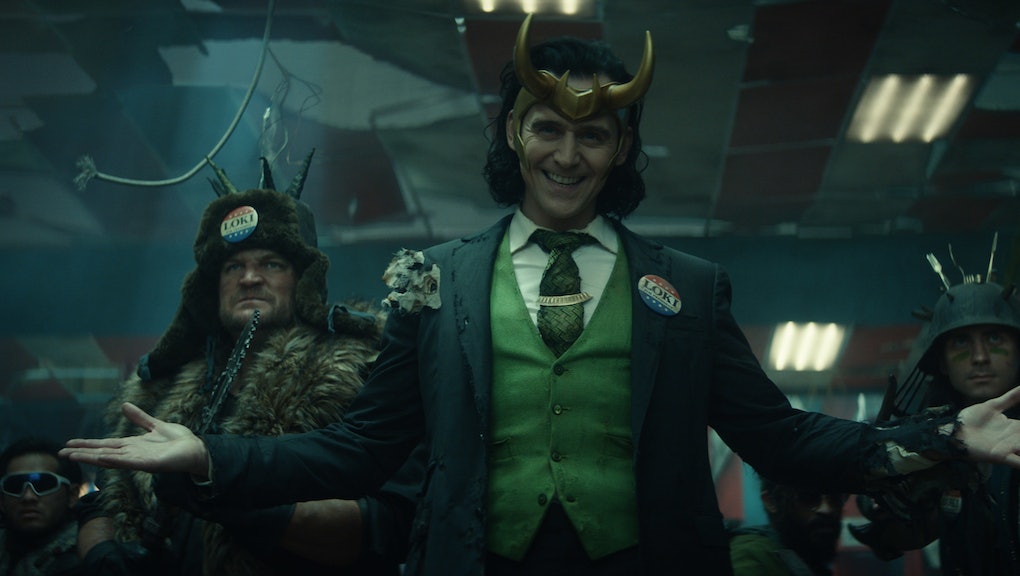 This new Loki teaser touts gender fluidity. But is it just an Easter egg?

Eagle-eyed viewers paused a teaser video posted on the Twitter account for Marvel’s upcoming Disney+ show Loki to catch a glimpse of the God of Mischief’s official documentation, and what they found would soon spread across the internet like wildfire. NAME: Laufeyson, Loki. BIRTHPLACE: Jotunheim. HEIGHT: 6’4”. AGE: ?. Nothing special so far, but then, in faded letters, SEX: Fluid. Fluid? Yes, fluid!

Loki’s canonical gender fluidity, nicely coordinated with Pride Month, received thundering applause from audience members who were finally able to see themselves in one of the most beloved characters in the entire MCU. “I feel so seen right now,” one Twitter user wrote. “Miss Loki is coming,” another exclaimed, drawing our attention towards a whole host of creative possibilities the studio can now explore if they want to.

But while the rest of the globe was wowed by a pleasant surprise, comic book aficionados quickly pointed out that it wasn’t much of a surprise at all. As far as they are concerned, Loki has been shifting shape in print for years, while the Norse deity on which they are based was altering their appearance eons before Stan Lee and Jack Kirby ever thought of adapting them into a supervillain.

Comics have come a long way from their conservative origins and are, in many ways, years ahead of their cinematic counterparts. (Related but unrelated: Between the World and Me author Ta-Nehisi Coates has been writing Black Panther issues for years). As such, readers can point to storylines featuring genderfluid iterations of the Loki-character that came out as early as 2004.

To what degree the screen adaptations will follow their example remains to be seen. For the time being, it’s actually well worth asking whether this reveal was meant to show that Loki’s gender fluidity will become a defining feature of the character moving forward. If that’s indeed the case, why hide this important information in a teaser?

Does this mean Loki’s gender fluidity is nothing more than an Easter egg? Not necessarily. Although the series was created by Waldron, two of its principal creative voices — stand-up comedian and feminist podcaster Bisha K. Ali and writer-director Kate Herron — are women, giving some hope that Loki could be portrayed as genderfluid in an authentic manner.

Tom Hiddleston, the only actor to portray the character so far, echoes that hopefulness. “Breadth and range of identity contained in the character is something I was always of when I was first cast 10 years ago,” he told Inverse. “I know it was important to Kate Herron and Michael Waldron and to the whole team. We were very aware, this is something we felt responsible for.”

That said, both IMDB and Wikipedia still list Hiddleston as the only actor to portray Loki in the show. Though several female actors have been cast for undisclosed roles, the notion that one of them may play “Lady Loki” is, as of yet, pure speculation. For now, all we can say with certainty is that Loki’s gender fluidity deserves to be more than a hidden-away Easter egg.

Fortunately, given Marvel’s track record, it seems likely they will not let this opportunity slide. In the past, the MCU has rebranded itself from one of Hollywood’s whitest franchises to a team of superheroes fighting for social justice on-screen, with Black Panther having shattered a glass ceiling for representation before, this year’s The Falcon and The Winter Soldier continuing that trend, and Black Widow, The Eternals and Shang-Chi posed to do so again in the future.

Introducing a genderfluid character would be a logical next step in this trajectory. Having that character be someone as important and iconic as Loki would be a giant leap. Honestly, the fact that this facet of God of Mischief has gone unexplored for so long is crazy to think about, but if the team behind Loki commits to making it work, the series’ protagonist would become even more of a fan-favorite than they already were.

More like this
Colin Kaepernick's new Netflix documentary highlights the man behind the icon
By Keith Nelson Jr.
Willie Garson’s pristine performance on 'Sex and the City' changed queer representation forever
By Chloe Stillwell
Amazon wants to legalize it
By Melissa Pandika
Stay up to date