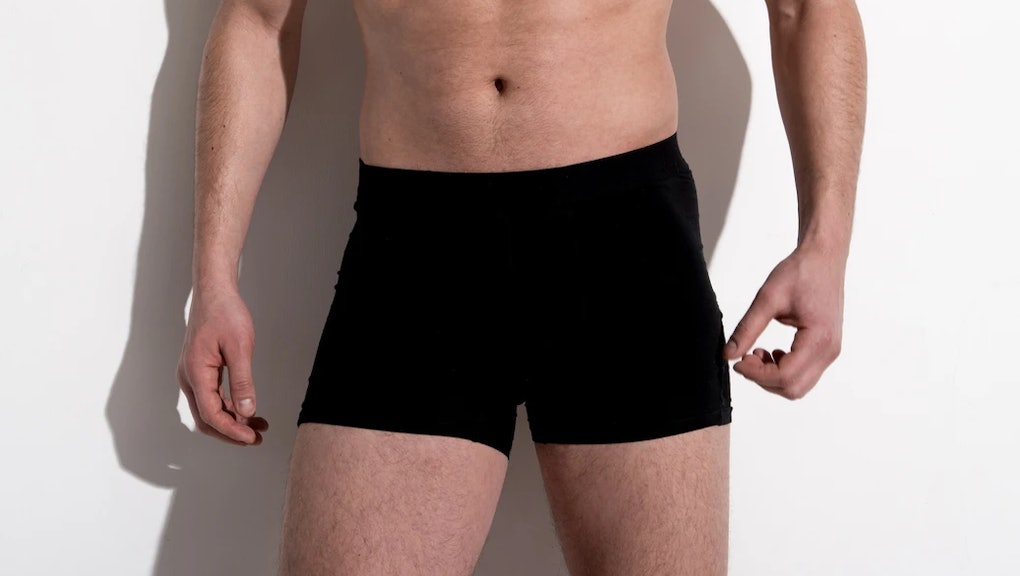 This new "self-cleaning" underwear can be worn for weeks, if you're interested in that

The dirty secret about most of your clothes is that they are far dirtier than they need to be. Over the course of wearing any article of clothing, bacteria begins to build up, and sweat and body oils are trapped by the fabric. This is what results in that rank smell around your armpits and leads to washing clothes after every use. Wen Muenyi, the founder of clothing maker HercLéon, believes that much of that stink can be dealt with by using better, more natural materials that limit bacteria and keep clothes smelling fresh enough to get multiple wears before a wash. Muenyi's company has already created a shirt and socks that fend off all the grossness that life throws at them, and now they are venturing into the nether regions of the human body with the Fjord by HercLéon, a pair of underwear designed to be worn for weeks before needing a wash.

If your immediate reaction to the idea of wearing the same pair of underwear for days (or weeks, or months) straight is to retch a little, it's understandable. Underwear has a tendency to get pretty gross pretty quick, given that it's hugging to the body, catching sweat all day. But, Muenyi tells Mic that grossness isn't so much about the region of the body but the material of the clothes that are covering it. "The main reason you smell so much is because of the materials that are commonly used for athletic wear are basically garbage," he says, explaining that most companies use fibers like polyester, microfiber, nylon, and other petroleum-based materials. "Those materials allow smell-causing bacteria to grow rapidly since they can’t absorb your sweat."

HercLéon has opted to go a more natural route with its materials. Muenyi says the company uses materials derived from eucalyptus, beechwood, and bamboo and then blends them with copper or silver. The result, according to the company, is clothing that is effectively "self-cleaning," capable of destroying bacteria that would otherwise cling tight and work its way into clothes. Muenyi claims that HercLéon shirts can be worn for over 30 days without stinking. Similar results are expected for the Fjord underwear Muenyi says have been crafted to maximize the length of wear. "It came down to breathability, absorbency, and self-cleaning efficiency," he says, "so we picked the best materials to maximize those aspects."

Here's the catch with the Fjord underwear, and with all clothes really: while they might be made to theoretically go weeks or more without washing, actually achieving that has as much to do with the wearer as it does with the article of clothing. If someone doesn't take care of their own body, the underwear can't make up for that. "Honestly, wearing the same underwear for a week or a month isn’t possible unless the person that’s wearing it knows how to wipe their own ass or owns a bidet," Muenyi says. While the HercLéon's Fjords are made for repeat wearing, "it’s only as effective as the person who is wearing its personal hygiene. If you can wipe and shower, then it will be good to go for a while." He also noted that while the underwear can be worn for considerably longer than a standard pair, it does require a break. He suggested taking them off for at least one hour every day to allow them to air out and allow the self-cleaning process to run its course.

At the end of the day (or week, or month) it will come down to how comfortable the wearer is with their body and with their underwear. People who are incredibly active and on their feet all day may find it necessary to wash the underwear pretty regularly. Someone who is in an office for most of the day might be able to squeeze some extra wears in before any sort of smell starts to develop. Muenyi explains that, "The wearer has to be mindful for themselves. There’s no obvious way for the underwear to communicate that it needs to be washed." He suggests that the average person can likely go about seven days without needed to wash the Fjord underwear.

The benefit of the Fjord underwear and HercLéon's line of clothes isn't just the ability to continue wearing them without causing a stink. There are environmental benefits to these self-cleaning clothes, as well. More wears out of each article of clothing means fewer washes are necessary. That, in turn, means consuming less water, using less detergent, and generally lessening the impact on the environment. Because HercLéon avoids petroleum-based materials, there are fewer microfibers being released from the clothes as well. Those microfibers found in snythetic materials can reach the ocean and other sources of water, where they accumulate and contribute to pollution.

"Our goal at HercLéon is to reduce the carbon footprint that comes with clothing," Muenyi says, though he notes that "eco-friendliness is a balance" and doesn't claim that HercLéon clothing is 100 percent eco-friendly. "As of now, there really isn’t a great eco-friendly way to manufacture textile, but we’re certainly doing our best to shave off as much pollution as we can from start to finish, and we will keep finding ways to reduce our carbon footprint as best as we can."

HercLéon's shirts and socks are already available through the company's website. After a successful Indiegogo campaign that raised more than $80,000 in under two weeks, the company is now at work on the Fjord underwear. Early deliveries for backers of the Indiegogo effort are expected to receive their underwear by August 2020. The company expects that it will continue selling the underwear after the campaign ends, but the product is only available through Indiegogo for the time being. Whether your motivation is to save the planet or just be lazy and feel less bad about it, the Fjord underwear should be able to help accomplish that goal.

More like this
Eco-friendly houseplants: Here's how to ensure your indoor plants are good for the planet
By AJ Dellinger
Uber offered its drivers help with health care, but of course it was a mistake
By AJ Dellinger
Jeff Bezos is going to space, which is the most divorced guy thing imaginable
By AJ Dellinger
Stay up to date