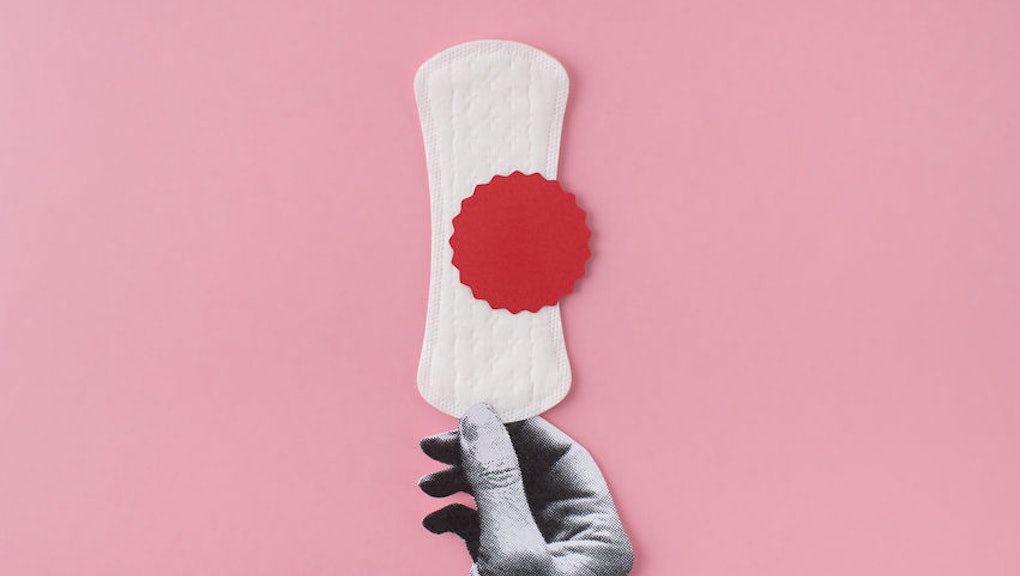 This organization wants to take the stigma out of periods

For people who get their period, the experience can sometimes feel like a chronic illness. Every month or so, a body that menstruates not only cramps and aches for days on end, but it also bleeds. This is all fairly common knowledge, but based on how little periods are actually discussed, the needs that come along with them often go unseen — especially if you’re poor. The nonprofit organization Period. was founded in 2014, by two 16-year-old high school students who aimed to address just that. In order to support "menstruators in need," they ran educational workshops to start conversations about periods and period poverty, all in an effort to fight for “systemic change towards menstrual equity.”

One of the co-founders, Nadya Okamoto, became invested in this cause after she experienced homelessness herself. One of the hardest aspects of that phase of her life was accessing menstrual products — an essential for her that was made prohibitively inaccessible because of the cost. The organization has since created 400 local chapters across the country that have given out menstrual products for 700,000 periods. They have several donors, including personal care brand Seventh Generation.

Part of their organizing will culminate in National Period Day on October 19, a day of action that in the spirit of reducing period stigma and raising awareness about accessibility of menstrual hygiene products. “We really wanted to elevate the conversation about periods to new levels, to really desensitize it,” Okamoto tells Mic. “We want to show the world that menstruation is normal and natural, and we should take care of like any other natural need.”

On October 16, Period. released a video for the Menstrual Movement lays out some harsh and underreported period-related realities. For example, one in four people who get their periods can’t afford menstrual hygiene products like tampons and pads.

“If faces were bleeding were bleeding,” a series of people say in the video, as their noses begin to drip blood. “Someone would do something.” The image aims to address the bigger picture: society’s discomfort with and stigma around vaginas.

Okamoto is featured in the video, explaining the alternatives some people have to resort to when they aren’t able to access menstrual products. “Some have to use cardboard instead, or toilet paper, or even trash,” she says.

The campaign also tackles a myriad of ways that period poverty can be addressed systemically. “It wasn’t like I wanted to start a big nonprofit, it was more like, how do I get period products to 20 women a week,” Okamoto says. “Because I personally knew 20 homeless women in Portland, Oregon.” And it grew from there. She truly recognized the need for a movement much bigger than herself when she realized that if she, for any reason, had to stop doing the work, people would go without products.

One of the items on the agenda is removing the sales tax that still exists on menstrual hygiene products in 35 states — this can happen because in these states pads and tampons aren’t considered “medically necessary.” By categorizing tampons and pads as a necessity, the sales tax will be removed. While that cost reduction would be tiny, it’d be a big step forward.

“How do we create this cultural shift that demands action on policy?” asks Okatomo. “How do we spur people to think about this differently?” With National Period Day, she’s hoping Period. will bring the shift in cultural attitudes that we desperately need.