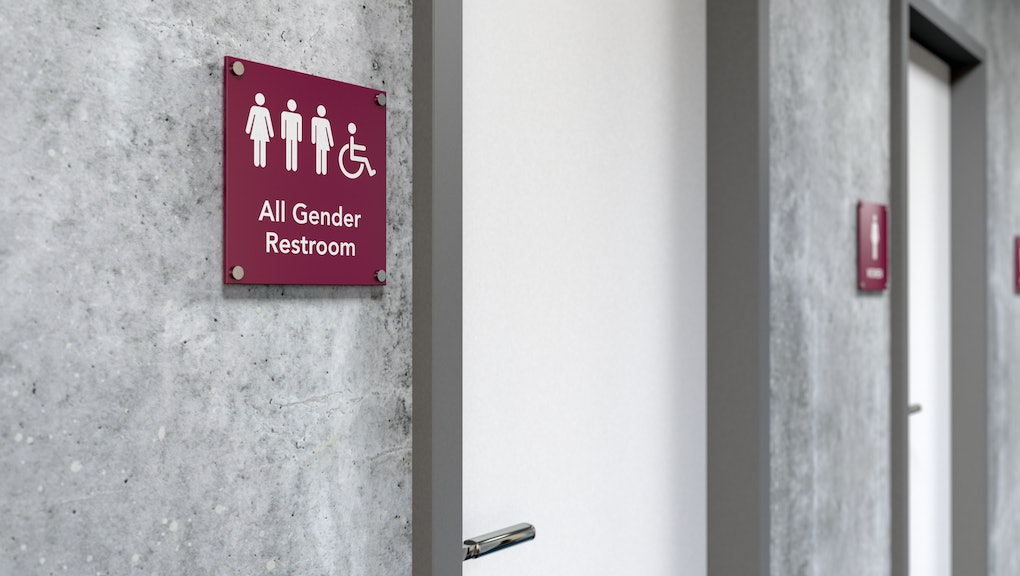 On May 28, the Supreme Court rejected an appeal filed by teenagers in Pennsylvania who opposed a school district policy allowing students to use the locker rooms and bathrooms that correspond with their gender identity. As CNN reports, the Supreme Court's decision to leave a lower court's ruling in place means that Boyertown School District's current policy, which allows transgender students to choose which facilities they use, will stay in place.

Reuters reports that the six students opposing the policy argued that allowing their transgender peers to use the bathrooms corresponding with their gender identity would be in violation of Title IX and privacy. The students are represented by Alliance Defending Freedom, a conservative Christian organization that is considered a hate group by the Southern Poverty Law Center. The SPLC calls the firm "one of the most influential groups informing the administration’s attack on LGBT rights."

According to CNN, the plaintiffs' lawyers argued that "forcing a teenager to share a locker room or restroom with a member of the opposite sex can cause embarrassment and distress." Boyertown School District's policy allows students to choose which bathrooms they use on a case by case basis; before a student is allowed to use a facility with a label that differs from the gender they were assigned at birth, they are required to meet with a guidance counselor.

Lawyers for the school district say that they have this policy in place because they believe "that transgender students should have the right to use school bathroom and locker facilities on the same basis as non-transgender students."

The Supreme Court issued their decision without comment, but many people are viewing the court's rejection of the appeal as the latest positive development in a nationwide legal battle for transgender rights. In a tweet on Tuesday, the American Civil Liberties Union announced that the Supreme Court's rejection of the appeal is a "victory for trans students and educators nationwide."

The rejection of the plaintiffs' appeal comes as the Trump administration continues to roll back anti-discrimination protections for transgender Americans. Back in February 2017, the administration removed an Obama-era guidance that encouraged schools to allow students to use the bathrooms and locker rooms that corresponded with their gender identity. More recently, on April 12, the Supreme Court upheld a Trump policy that bans people who identify as transgender from serving in the armed forces, which will affect an estimated 14,700 troops, according to the Palm Center.