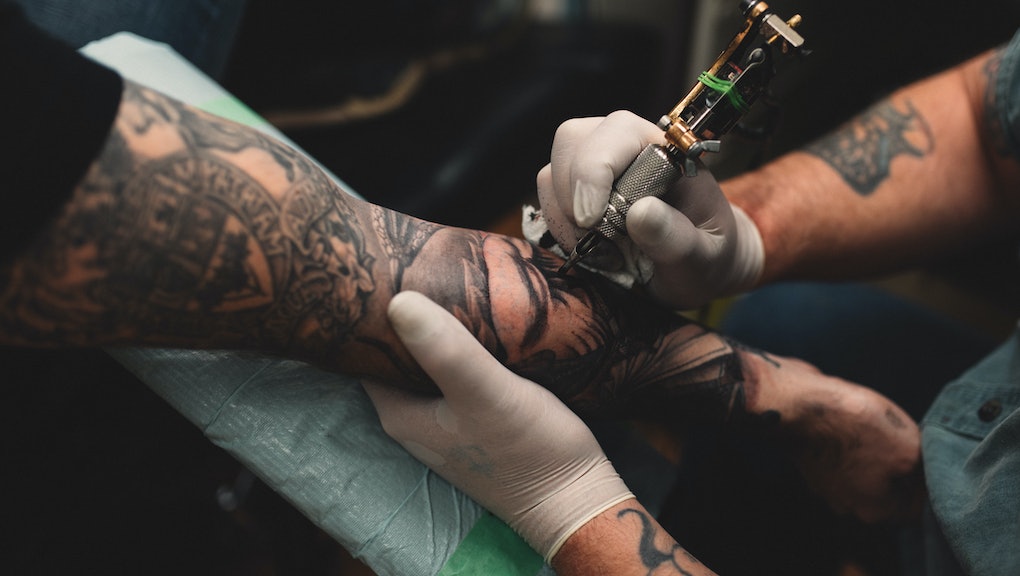 This tattoo shop will cover up racist ink for free

I have a decent amount of bad tattoos. I haven't gotten them covered up because, while that Winnie the Pooh ink is a slightly cringey reminder of a cheesy teenage phase, it's not evil. Unfortunately, some folks go through aggressively hate-filled phases and mark their bodies with swastikas and confederate flags. Those tattoos both permanently mark them to others as hateful and are often shameful reminders of horrible versions of themselves that they’d rather forget. Let’s be real: Some people stay shitty forever. But other people come to their senses and want to be better humans — and for them, there’s a tattoo shop who wants to help by covering up racist tattoos for free.

"Having anything hate related is completely unacceptable,” Ryun King, an artist at the Gallery X Art Collective in Murray, Kentucky, told CNN. "A lot of people, when they were younger, just didn't know any better and were left with mistakes on their bodies. We just want to make sure everybody has a chance to change." King and his colleague Jeremiah Smith decided to offer free cover-up tattoos to anyone who has had a change of heart and wants to make that change clear on their bodies. They’re offering the opportunity to people in their community, as well as anyone who wants to travel there.

King and Smith started offering this free service as a way to take a stand in the Black Lives Matter movement. Since making the offer on Facebook two weeks ago, they have been flooded with appointments and requests from around the country, CNN reported. “If you feel it’s time to change your hate, or have been reformed but too broke to cover your mistake of a tattoo, come see me you’ll get a class tattoo for free that can start your path to being the person you were meant to be,” the post on the Gallery X Art Collective page states.

This philanthropic move is getting a lot of support from tattoo artists. “I think it’s a great idea,” Matty Runks, a tattoo artist at Southern Star Tattoo in Atlanta, tells Mic. People often use tattoos as therapeutic ways to mark important life experiences and revelations. “You can give someone a new start who made a mistake.” Covering up a hateful tattoo with something love-able can also be a powerful public statement. You are literally marking over negative imagery with positive, or as Runks says, “It’s a great way to level out some karmic energy.”

More like this
Steak-umm, the social justice warrior no one asked for, tweets fire once again
By Joseph Lamour
The practice of sex selection is going cost us 5 million girls in the years to come
By Melissa Pandika
How to stay sober when everyone's desperate to party
By Tracey Anne Duncan
Stay up to date