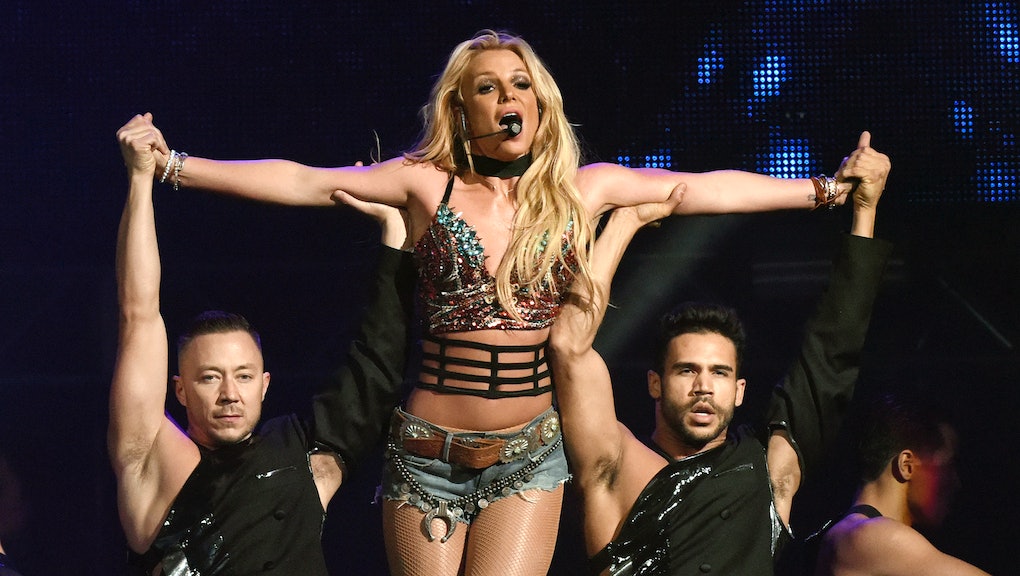 Most people remember when they got their first piece of exciting technology. It's a special rush to receive what feels like a gift from the gods, a piece of machinery that you could never make yourself and that nothing can replace. Mine was a portable CD player in the late 90s (yes, I too am a tired millennial). I took it absolutely everywhere with me, even if I had no need for it, and I slept with it at night. And a great deal of the time it had "...Baby One More Time" spinning a pink whirl through the viewer window.

Today, Britney herself got to experience what I assume was a similar rush from her very first iPad. Britney's liberation, while a slow process, has been thrilling for devoted and loyal fans to witness. The star has had much of her life, including her social media presence, fertility, and ability to drive, controlled by other people for over a decade — but now that she's slowly getting her freedom back, she is HERE to show us her joy, and boy does this iPad bring her joy:

In the above incredibly animated video Spears exclaims, "OK, guys. Great news! I got my first iPad today! ... I am so excited! My kids have owned one, but I’ve never owned one! This is just a groundbreaking day! I’ve always had a little phone, but now this iPad is in my hands and I feel like my life is changing as we speak! I am so excited! Upward bound! Yes!"

My favorite part, though, is the splice at the end that shows just Spears's legs peaking out beneath a suit jacket, wearing high pink stilettos, slightly dancing around and asking, "Could I do this if I were drunk?" It's a nod to the film Bridesmaids, but is it also meta commentary on her situation? Is it performance art? Only Britney knows. But what I know is that Apple needs to sponsor Britney Spears, and I'd go so far as to say they should put out a Britney edition iPad. It will say "It's Britney Bitch" when you turn it on, and it will be a best seller at Christmas, I promise.

More like this
I never want Tucker Carlson to stop talking about Nicki Minaj's cousin's friend's enormous balls
By Rafi Schwartz
Britney Spears continues to reclaim her life, gets engaged to Sam Asghari
By Kara Weisenstein
There are QAnon NFTs now, because one grift deserves another
By AJ Dellinger
Stay up to date