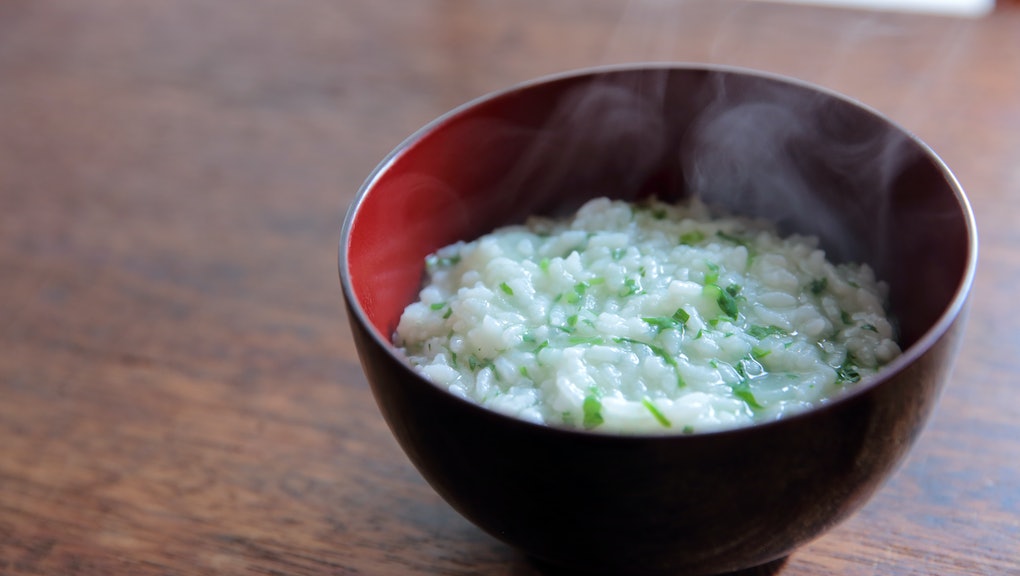 This white woman called herself the Queen of Congee for “improving” a 3,000-year-old Asian staple

One of the most confounding things about grifters is that they tend to be as bold as they are uninformed. Everyone can google simple facts, and yet people will still try to rewrite history with themselves as the star. One recent appropriator is a white woman living in the Pacific Northwest who recently “discovered” congee, a dish that has been around for literally thousands of years, and is currently trying to profit off of an “improved" version. You have one guess as to what her first name is.

Karen Taylor of Oregon has gallingly claimed to be the “Queen of Congee,” a pan-Asian breakfast dish that has roots in the Zhou dynasty of 1000 B.C., through a company she founded. The brand, called Breakfast Cure, sells shippable packages of the remixed porridge dish for up to $15 for a single packet.

Taylor is now facing a tidal wave of criticism for cultural appropriation and it all started because of a blog post on the brand’s website, titled, "How I discovered the miracle of congee and improved it." In this post, Taylor wrote about how she first came across the porridge more than two decades ago as a student of Chinese medicine in Santa Fe, New Mexico.

"I've spent a lot of time modernizing it for the West pallet (sic),” Taylor says on her now-deleted blog post, according to Insider. “Making a congee that you can eat and find delicious and that doesn't seem foreign, but delivers all of the medicinal healing properties of this ancient recipe."

Okay, Karen. After the blog caught viral fire and pissed off anyone with some sense, Taylor apologized and retorted with an excuse about how Breakfast Cure is a "modern adaptation" of congee. The implication is that in the 20 years since she “discovered congee," this lady somehow outsmarted more than 3000 years of Chinese tradition. If you're wondering what revolutionary thing she did to the already adaptable dish to market it as her own, it was to incorporate flavors such as apple cinnamon, blueberries, Asian spices, coconut, jaggery (which is again something Indian people created more than three millennia ago), and other basic white-washed wellness fare.

A little more on congee for you: It’s a breakfast food made traditionally from rice that has been cooked until it becomes a soft, comforting porridge consistency. It can be cooked in water, coconut milk, or meat stock to make it savory and could be served with a chicken, duck or quail egg, seafood, vegetables or really, anything you want to eat that day. Chinese in origin, the breakfast dish has since become a staple around Asia: it’s also known as chok or khao tom in Thailand, cháo in Vietnam, bubur in Malaysia and Indonesia, okayu in Japan, and way too many others to list. It’s been everywhere. Also, it was in Mulan. So Karen, you’re not even the first American to discover it. Eddie Murphy was.

All jokes aside, fetishizing, co-opting or "improving" another culture's fare has dangerous implications.

Taylor is not just Columbusing the hell out of breakfast; she’s participating in the cultural erasure of Chinese people. Right now, East Asian Americans are battling an uptick in racism largely sparked by the pandemic, under some perverted guise of patriotism. They’ve been the victims of domestic terror attacks and mass shootings simply for being incorrectly labeled as a "foreign threat.” Taylor claiming her congee as “cleaner” and “modern” implies that the Asian (original) version is “dirty,” or somehow just not good enough for the American palate. I know that story well and I’ll be damned if I'm going to let it perpetuate.

More like this
What is sploshing, the food fetish that's taking over TikTok?
By Melissa Pandika
This anxiety study is a really passive-aggressive reminder that wealth equals happiness
By Ian Kumamoto
Brain scans revealed how racism weighs on Black women's health
By Sierra Carter
Stay up to date