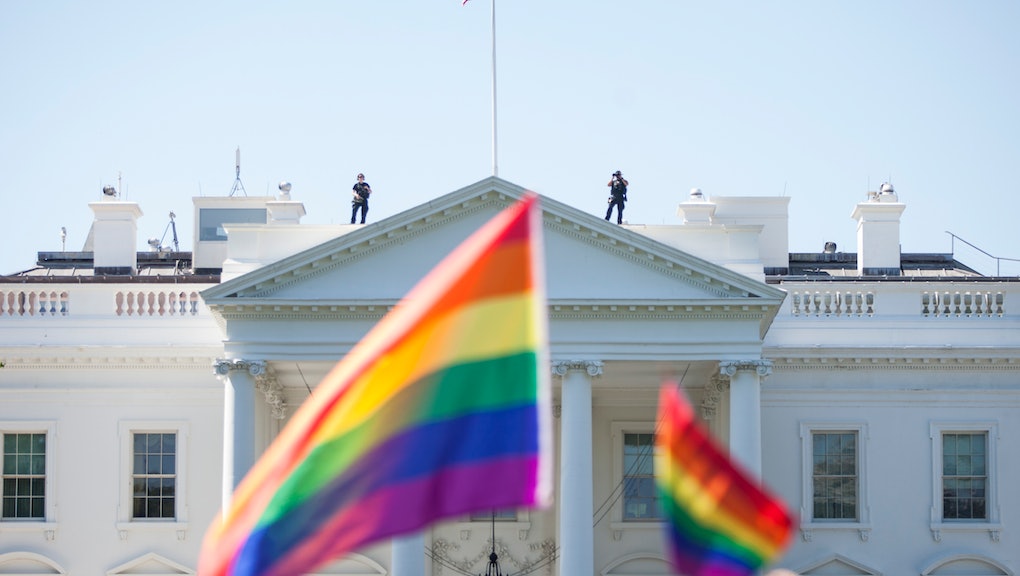 Title IX will once again protect against gender identity discrimination

Broadly speaking, the Biden administration appears to see itself as operating under two separate but congruent mandates: Enact a suite of far-reaching, dramatic legislative packages designed to shape the future of life, labor, and infrastructure in the United States, and audit the policies passed by Trump administration, reversing those which it sees as uniquely harmful or counter-productive.

It's in the second bucket which Monday's announcement from the Department of Health and Human Services falls, with the Biden administration's official declaration that it has reinterpreted Title IX’s prohibitions on discrimination to include gender identity — a direct reversal of the Trump administration's policy to define Title IX protections as applying solely to discrimination against one's "biological sex." The Biden administration's rejection of the previous White House's interpretation means that members of the transgender community will once again be included under Title IX protections.

"The Supreme Court has made clear that people have a right not to be discriminated against on the basis of sex and receive equal treatment under the law, no matter their gender identity or sexual orientation. That’s why today HHS announced it will act on related reports of discrimination,” Health and Human Services Secretary Xavier Becerra said in a statement accompanying the new policy, which stems from the recent Bostock v. Clayton County Supreme Court decision.

“Fear of discrimination can lead individuals to forgo care, which can have serious negative health consequences," Becerra continued. "It is the position of the Department of Health and Human Services that everyone — including LGBTQ people — should be able to access health care, free from discrimination or interference, period."

It's been almost a year since the Trump administration dramatically narrowed an Obama-era interpretation of Title IX protections to exclude transgender people, explaining at the time that sex discrimination must be defined as "according to the plain meaning of the word 'sex' as male or female and as determined by biology."

Monday's announcement is the latest in a string of President Biden's reversals of anti-trans policies put in place by his predecessor. Just days after taking office, Biden ended former President Donald Trump's infamous "transgender troop ban" which prevented transgender individuals from serving in the armed forces. And within hours of taking office, Biden ordered each federal agency to work with the attorney general's office to review and update their own anti-discrimination policies in keeping with the Bostock ruling.