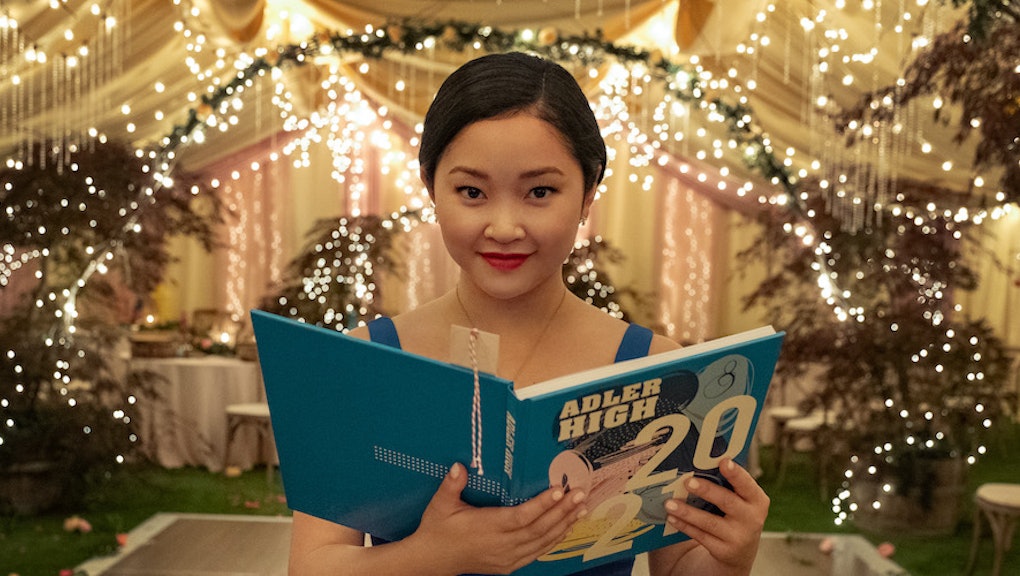 'To All the Boys: Always and Forever’ pushes the tired idea that women can’t have it all

In an early, defining scene of To All the Boys: Always and Forever, the newest and purportedly final installment of the popular rom-com trilogy, Lara Jean (played adoringly by Lana Condor) gets some unhappy news: After months of waiting in nervousness and anticipation, she’s been denied admission to Stanford University. A montage shows the future she'd imagined with her boyfriend and Stanford lacrosse player Peter Kavinsky (Noah Centineo) — selling their two-garage suburban home, having a beautiful outdoor wedding surrounded by family and friends, painting the walls of their nursery room baby blue — all this, dashed. Their young love is tested as they face one of the biggest decisions surrounding their post-graduation future: college. However, choosing where to go while weighing their relationship is not a conflict faced by both characters — only Lara Jean. And that’s the problem.

Released on Netflix last week, To All the Boys: Always and Forever is the latest movie to follow the highly predictable independent woman trope — one where the protagonist is not only put in a position where she must choose between a man and a personal goal, but in order to be deemed as independent and self-knowing, is also required to reject the decision that factors in her love interest. Lara Jean’s character arc is such that her disappointment with her Stanford rejection stems more so from being unable to spend the next four years with her boyfriend than from being turned away from the opportunities the Bay Area school has to offer. Now that Stanford is no longer an option, will she go to nearby UC-Berkeley, or will she choose NYU, her second-choice dream school that would put them 3,000 miles apart?

Not-so-spoiler alert: Lara Jean picks NYU. Because if she doesn’t, can she really be considered a strong woman in the face of such conflict? No — at least not according to the archetype of the so-called independent woman. Undoubtedly, it’s important and necessary to teach young women the importance of making decisions for yourself — the problem is that this insidious trope, as shown onscreen, perpetuates the idea that a woman’s independence and self-sufficiency hinges on her ability to reject love. The trope that was once a progressive push against society's constraints on women to fulfill domestic, caretaker roles has now created its own constraints.

Why does Elle’s driving narrative revolve around her ability to separate her relationship from her other goals?

I’ve been familiar with this trope ever since I was old enough to watch high school rom-coms. In the 2008 musical film High School Musical 3, the sweet and ambitious Gabriella (Vanessa Hudgens) is conflicted between going to Stanford early for a prestigious honor program and staying another year in Albuquerque, where she can be with popular love interest Troy (Zac Efron). When she asks her best friend for advice, she’s told she’s not thinking clearly, because she’s thinking about Troy. Troy then persuades her to “follow her dreams” and attend Stanford early, and she does, leaving him behind. Eventually, Troy decides to attend Berkeley — these tropes have tropes of their own — not only because he can play basketball and pursue theater there, but so he can be closer to Gabriella, “the person that inspires [his] heart.” Here the double-standard is particularly clear: Troy gets to make a decision that factors in both his future and love interest without it threatening the viewer’s perception of his independence; Gabriella is not.

Similarly, in The Kissing Booth 2, Elle Evans (Joey King) faces the same conflict as Lara Jean. Unlike the other two movies, here Berkeley is at the top of the list. However, Elle’s boyfriend Noah Flynn (Jacob Elordi) is at Harvard. The film’s final scene shows her opening her college acceptance letters, revealing that she was accepted into both Harvard and Berkeley. Will she choose herself or Noah? We’ll have to wait for The Kissing Booth 3 to find out, but it still begs an important question — why does Elle’s driving narrative revolve around her ability to separate her relationship from her other goals?

Presumably, the film will try to make a statement about her independence by having her choose the college far away from Noah. But it also doesn’t matter if, for reasons that could include being in closer proximity to her boyfriend, she wants to go to Harvard. As To All the Boys star Lana Condor said in an interview with E! News’ Daily Pop about Lara Jean’s decision to go to NYU, “I want her [Lara Jean] to choose herself. I want her to choose her dreams and her future and what she feels is right... as a woman.” By equating a young woman protagonist’s decision of choosing her dreams with choosing herself, even Condor perpetuates the idea that for women, these two are one and the same.

Like any story about young love, To All the Boys: Always and Forever must be driven by characters who face some sort of conflict in order to succeed. However, frequently centering the young woman’s conflict around choosing between her male love interest and an alternate goal is dangerous, as it narrowly defines a so-called independent woman as someone who is expected to always prioritize tangible goals over love. Because, ultimately, a woman's independence should not be shaped by her ability to reject men — it shouldn’t be shaped by anything. In reality, independence just means having the freedom to live how you want. Sometimes that involves making decisions that factor in a partner, and sometimes it doesn’t — whether it’s Berkeley, Stanford, or wherever she wants.