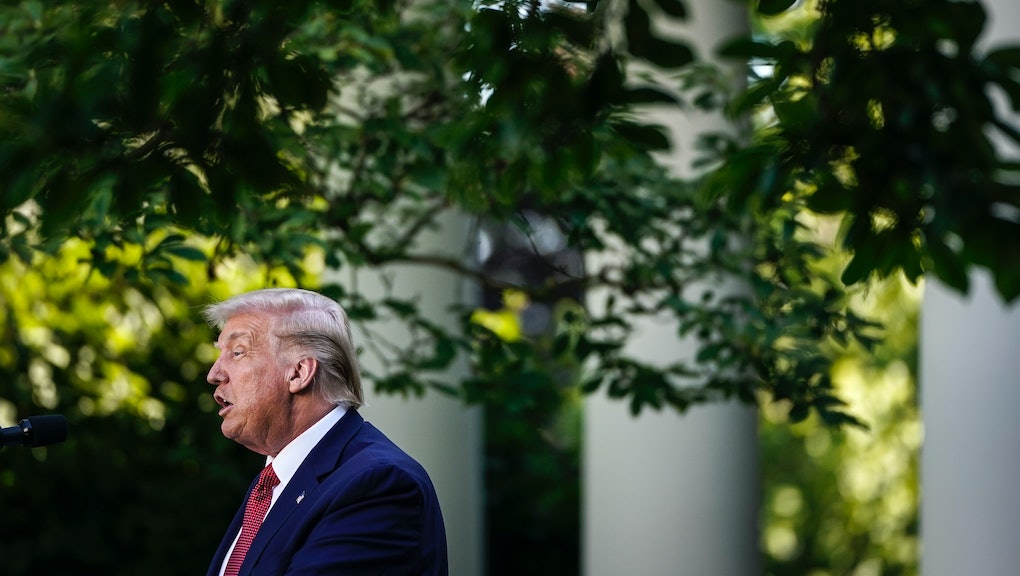 Trump calls to ignore undocumented immigrants in the census, which is unconstitutional

Each decade the country is constitutionally mandated to count every person living within U.S. borders, no matter their legal status. But in defiance of the Constitution, President Trump released a memorandum Tuesday afternoon ordering that the official 2020 Census count be limited to those with documentation papers.

According to the government's own history of the census, "The Founders of our fledgling nation had a bold and ambitious plan to empower the people over their new government. The plan was to count every person living in the newly created United States of America, and to use that count to determine representation in the Congress." Determining representation in Congress, otherwise known as "apportionment," is outlined in Article 1, Section 2 of the Constitution, and does not call for a count of U.S. citizens, but rather a count of all those residing in the country.

Using a derogatory term for undocumented immigrants, Trump claimed in his memorandum that he has the authority as president to make this decision unilaterally, based on the argument that "increasing congressional representation based on the presence of [undocumented immigrants] who are not in a lawful immigration status would also create perverse incentives encouraging violations of federal law."

The census is critical tool for determining how many seats in the House of Representatives are allotted to a state. The count is also used to determine how much federal funding for food, education, health care, and other social services municipalities are entitled to.

Historically, many individuals and communities that are "hard to count" — including immigrant communities — have been left out of the census count because of language barriers, fear of providing their personal information to the government, or even a lack of internet access. Trump previously attempted to have a citizenship question added to the 2020 count, which would have likely indirectly dissuaded undocumented immigrants from completing their census form for fear of being targeted for their unlawful status; that effort failed after it was blocked by the Supreme Court. But this new memorandum is the first time in recent census years where a sitting president has intentionally directed a governmental agency not to count certain individuals.

Trump argued that his request would uphold the "integrity" of the census. But experts are worried that the memorandum and overall xenophobia of the Trump administration will make their work increasingly difficult, especially in the midst of a pandemic that made in-person outreach all but impossible for nearly all of spring. In early April, Mic wrote: "Overall, the past two censuses failed to count nearly 1.5 million people of color, according to the Urban Institute. This year, the organization predicted the census will fail to count up to 4 million people, with people of color and children at the greatest risk of not being counted. But that projection was produced pre-coronavirus; now, Rob Santos, the vice president and chief methodologist at the Urban Institute, tells Mic that 4 million seems like a 'low estimate.'"

The census is an expensive and time-consuming operation, and nearly 40% of the country has yet to fill out their census sheet. That has experts concerned. Dale Ho, the director of the American Civil Liberties Union's Voting Rights Project said in a statement that Trump's "latest attempt to weaponize the census for an attack on immigrant communities will be found unconstitutional. We’ll see him in court, and win, again."

While the ACLU is confident that the memorandum will not stand, it's unclear what specific legal steps groups will take in the coming months, — especially given that the results of the census have to be reported back to the president by December.

More like this
Tucker Carlson is now spouting the talking points of racist mass murderers
By Rafi Schwartz
It appears once again that the Democrats are willing to tank their whole agenda because of "rules"
By Rafi Schwartz
Oops, the Arizona recount the MAGA crew demanded actually took votes away from Trump
By Rafi Schwartz
Stay up to date