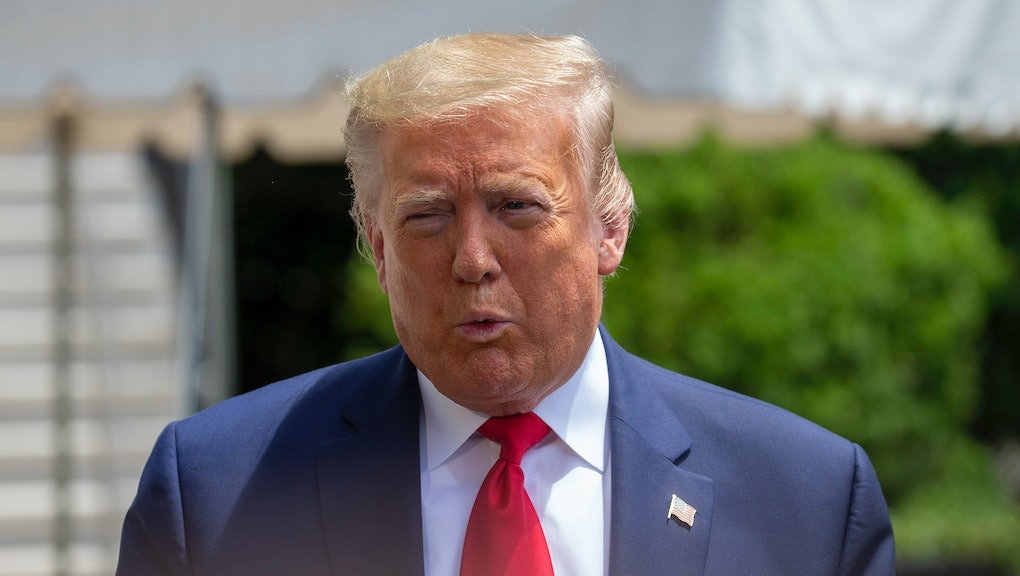 Donald Trump may no longer be president of the United States anymore, but that doesn't mean we're not still paying for his disastrous time in office. I mean this literally.

With just hours to go before vacating the White House for good, Trump issued a surprise directive to extend the round-the-clock Secret Service protection he will enjoy for the rest of his life to include his four adult children — Don Jr., Eric, Ivanka, and Tiffany — for the next six months, The Washington Post reported this week. What's more, Trump also allegedly included three of his top administration officials — former Treasury Secretary Steven Mnuchin, former White House Chief of Staff Mark Meadows, and former National Security Adviser Robert O'Brien — in the six-month protective extension plan, as well.

The arrangement, on which the Secret Service declined to comment to the Post, is the latest in the Trump family's long, expensive, and inappropriate use of federal protective details over the past four years. This past fall, reporter David Fahrenthold estimated the Secret Service had spent upwards of a million dollars at Trump-owned properties protecting just the president himself, while he vacationed at his various resorts and golf courses. And just last week, Jared Kushner and Ivanka Trump were accused of forcing their protective details to rent a $3,000-a-month apartment across the street from the Kushners' swanky D.C. area home, rather than let the on-duty agents use one of the six-and-a-half bathrooms in their house.

While a president can assign Secret Service protection details at their discretion, the law dictating post-presidential protection only mandates secret service details to ex-presidents, their spouses, and any children under 16.

Contrary to popular belief, however, the simple act of an impeachment conviction would not necessarily deny an ex-president their protective detail. That protection, constitutional law professor Paul Campos explained to USA Today, would "not be affected by impeachment and removal without further action by Congress," as it's legally prescribed in a separate statute from the Former Presidents Act that dictates the benefits granted to onetime commanders-in-chief. So, with his second impeachment trial looming, a guilty verdict would not necessarily impact the president's protection, or the protection he's extended to his adult children and inner circle of advisers.

Nevertheless, this final coda to the Trump presidency offers the perfect encapsulation of his longstanding grift. Here we have a billionaire gleefully passing the bill for not only his own legally mandated protection, but the protection of his four adult children — each of whom are unimaginably wealthy in their own right — as well as three of his top advisers, one of whom is worth nearly half a billion dollars himself! These are people who would have — and pay for — their own security details regardless of their time spent fleecing the public through their federal "service."

And yet, the former president is so committed to wringing every last cent out of someone else, so long as he can avoid footing the bill, that he simply couldn't leave office without making sure he saves himself and his cronies just a few more bucks. Thanks, taxpayers!

More like this
Please, someone explain these psychotic pants to me
By Rafi Schwartz
Rudy Giuliani's entourage is shrinking, but his bills are not
By Rafi Schwartz
The real reasons employees aren't rushing back to work
By Noah Berlatsky
Stay up to date