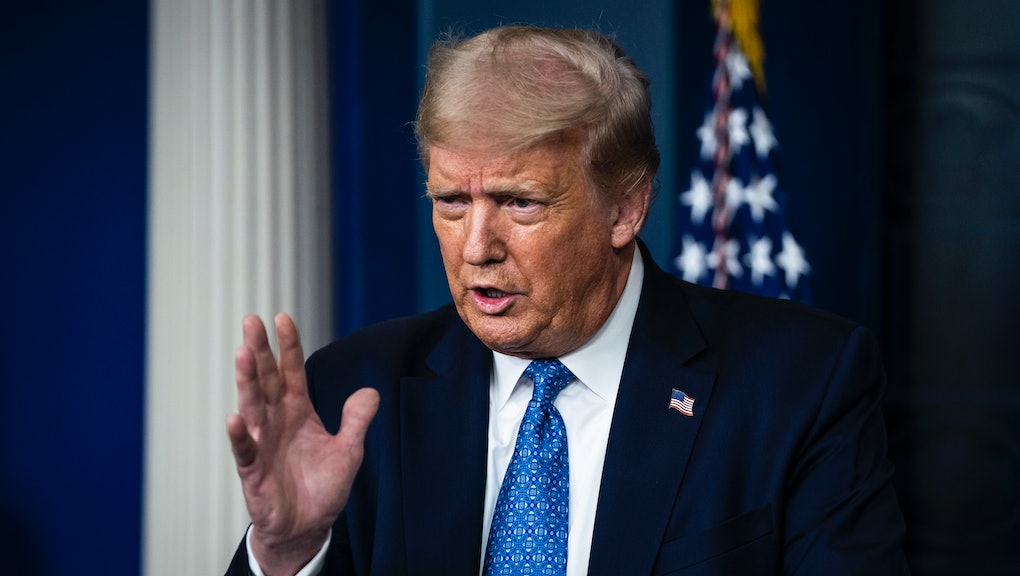 Even as coronavirus cases surged in the United States, Republicans continued planning to have a massive, indoors, in-person nominating convention this summer. The original plan was to have the event the week of Aug. 24 in North Carolina, but the party switched locations after the state's Democratic governor, Roy Cooper, wrote a letter stating, "As much as we want the conditions surrounding COVID-19 to be favorable enough for you to hold the convention you describe in late August, it is very unlikely." In response, President Trump planned to move a portion of the convention to Jacksonville, Florida — but it seems as though coronavirus has felled that plan, too, as this week Trump cancelled the in-person convention in Jacksonville.

For much of the city of Jacksonville, Trump's decision comes as a massive relief. Trump had insisted on having the type of large, in-person gathering that has become anathema during the coronavirus pandemic, and had painted Cooper's advisory that such an event would likely be impossible in North Carolina as a partisan decision. But as coronavirus cases have skyrocketed in Florida of late, Trump on Thursday finally acknowledged that conditions wouldn't be favorable in Jacksonville, either.

The insistence on holding an in-person gathering in Jacksonville was so Trump could accept the presidential nomination in front of a crowd. Republicans always planned to conduct official business in North Carolina from Aug. 24-27, which, according to Trump, is still going to happen.

While Trump said he had to "protect the American people" as part of his reason for cancelling, it's also possible that the party simply couldn't fund the ordeal. NBC News reported that Republican sources said the convention had struggled to raise money. Millions were lost in the initial move from North Carolina to Florida, so major donors were unsure about putting up any large sums again.

Trump's decision is certainly welcome as the United States has topped 4 million coronavirus cases. Additionally, a recent study from the Centers for Disease Control and Protection found that coronavirus cases could be massively underreported, so the toll could likely be far worse.

Over the summer, Florida emerged as the U.S.'s newest coronavirus epicenter. While Trump was speaking to reporters Thursday, Florida added 10,249 new coronavirus cases and tallied 173 deaths — the most reported in a single day.

Earlier this month, a group of Jacksonville attorneys sued the city to stop the RNC, saying the event would be a "nuisance injurious to the health [and] welfare" of the city. CNN reported that the complaint cited Florida's surge in cases, stating, "To avoid community spread of COVID-19 and to protect the health and welfare of plaintiffs and the community, it is necessary and essential that all super-spreader events where large numbers of people congregate in close proximity indoors not occur."

In June, Democrats announced their plans for an all-virtual convention. However, Joe Biden, the presumed Democratic nominee, plans to accept the presidential nomination in-person. It's possible that Republicans will choose to take a similar path in order for Trump to accept the nomination. For now, though, nothing is confirmed.