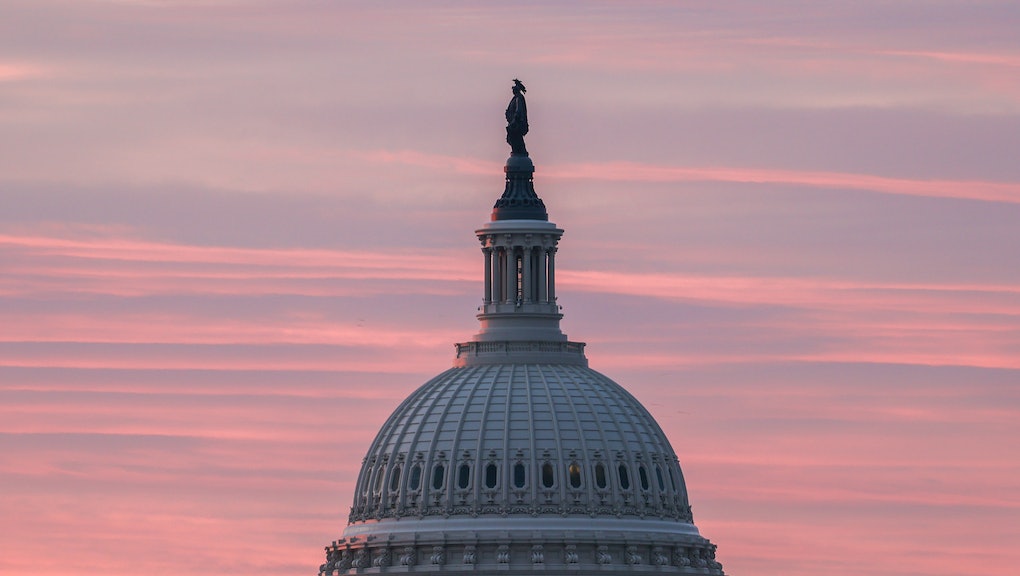 Trump finally signed the coronavirus bill. But relief checks are still up in the air

Almost a year after scientists discovered the global pandemic-causing coronavirus, the U.S. government has only just passed its second relief package. The American dead now number more than 333,000, millions of families and children face eviction, even more are going hungry, and yet it's taken until December for the three branches of government to work together to pass some sort of relief legislation.

Late Sunday, President Trump signed the $900 billion compromise package that's at most a Band-Aid on an ever-ballooning economic and humanitarian crisis. Though he received the bill Thursday, Trump refused to sign it unless Congress agreed to send $2,000 checks to individual Americans earning less than $75,000 annually, instead of the $600 payments outlined in the bill. But Trump's last-ditch effort to broker a deal in Washington from his resort in Florida backfired, and he abruptly signed the bill, in the end succeeding only in delaying the arrival of unemployment insurance and other aid to his constituents for a few more days.

Trump had refused to engage in coronavirus relief talks in the past few months, leaving House Speaker Nancy Pelosi (D-Calif.), Senate Majority Leader Mitch McConnell (R-Ky.), Treasury Secretary Steven Mnuchin to hammer out the details. The three failed to come to an agreement until this month. Meanwhile, their months of delayed action resulted in a climbing death toll, a more disastrous second wave of the virus, and a virtual guarantee of long-term economic and social despair.

By signing the bill into law, Trump allowed federal agencies to enact further unemployment benefits, start cutting $600 checks to individual Americans, and offer rental assistance. But because Trump waited until Dec. 27 to sign the bill, unemployment benefits lapsed for roughly 14 million Americans. The delay will have a direct impact on Americans' ability to put food on the table and pay rent.

But Trump's relief check outburst wasn't all for naught. Encouraged by Trump's pressuring his own caucus to up the cash payments, House Democrats will vote on a bill Monday that would offer $2,000 checks instead of $600 checks. It's sure to pass the Democrat-controlled lower chamber, but what's less clear is if Senate Republicans, led by McConnell, will vote in favor when a companion bill reaches the Senate floor. The situation demonstrates the strange fissures growing within the party that has been so loyal to Trump, now that he's a lame-duck president.

Senate Minority Leader Chuck Schumer (D-N.Y.) has already pledged to bring the bill for fatter checks to the Senate floor, virtually guaranteeing a showdown between Trump, McConnell, and Senate Republicans. Pelosi, for her part, encouraged this dynamic to run its course, telling the president in a statement Sunday night to "immediately call on congressional Republicans to end their obstruction and to join him and Democrats in support of our stand-alone legislation to increase direct payment checks to $2,000." The Senate is set to take up the legislation Tuesday.

More like this
Guess how much Trump's companies made during his presidency!
By Rafi Schwartz
Sarah Sanders is here for the vaccine — as long as she can credit Trump for it
By Vanessa Taylor
Trump kept a Gitmo prisoner detained for 5 extra years. Biden has finally freed him
By Rafi Schwartz
Stay up to date