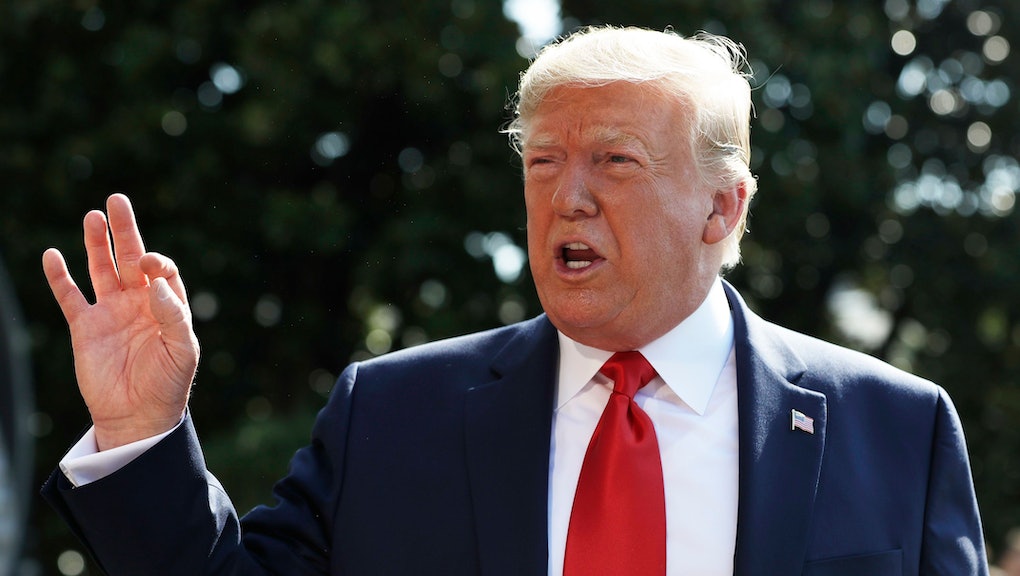 Andre and Jordan Anchondo, 23 and 25, died in an El Paso Walmart while shielding their two-month-old son Paul from the bullets of an automatic weapon, a gun that would ultimately kill 22 people and injure 26 more.

They were murdered by a 21-year-old gunman who drove 11 hours across the state of Texas to arrive in El Paso. The shooter chose El Paso because of its majority Latinx population, its proximity to the Mexican border, its ubiquity in the news thanks to the words of President Donald Trump. About 20 minutes before Paul's parents would be murdered, the shooter posted a manifesto online; in it, he detailed his hatred for "Hispanics."

On Thursday, the president touched down in El Paso, a city where he was not wanted. By this time, baby Paul, now an orphan, had already been discharged from the hospital. He only suffered from light injuries: a bullet had grazed him and he'd broken two fingers.

Paul was placed into the First Lady's arms – still certainly unaware that he'd grow up without his parents, unaware that already, his Latinx identity was being politicized. A photo was taken and posted onto Melania Trump's Twitter account, along with the words: "I met many incredible people in Dayton, Ohio & El Paso, Texas yesterday. Their communities are strong and unbreakable."

The president stood next to his wife and the orphaned baby with his thumb up, like he was standing next to models at a party. The cheap Twitter filter on the image made Trump's large tie seem redder than normal. Paul looks off to the side. Still, now, he doesn't know what's going on, which seems lucky.

Paul deserves better than this. He deserves to grow up in a country with gun laws designed to protect its citizens and shield them from violent misdirected hatred. A place that can reckon with its history and promise a future. He deserves to grow up with his parents, two people who loved him so much that they died protecting him. And at the very least, he deserved to not be used as a cheap prop by the President of the United States for a Twitter photo op.

More like this
As Biden nears an elusive infrastructure deal, Trump is saltier than ever
By Rafi Schwartz
Trump finally found some "pussies" he doesn't want to grab: DC's capitol police
By Rafi Schwartz
The Trump/O'Reilly fashapalooza is putting up some sad ticket sales numbers
By Rafi Schwartz
Stay up to date