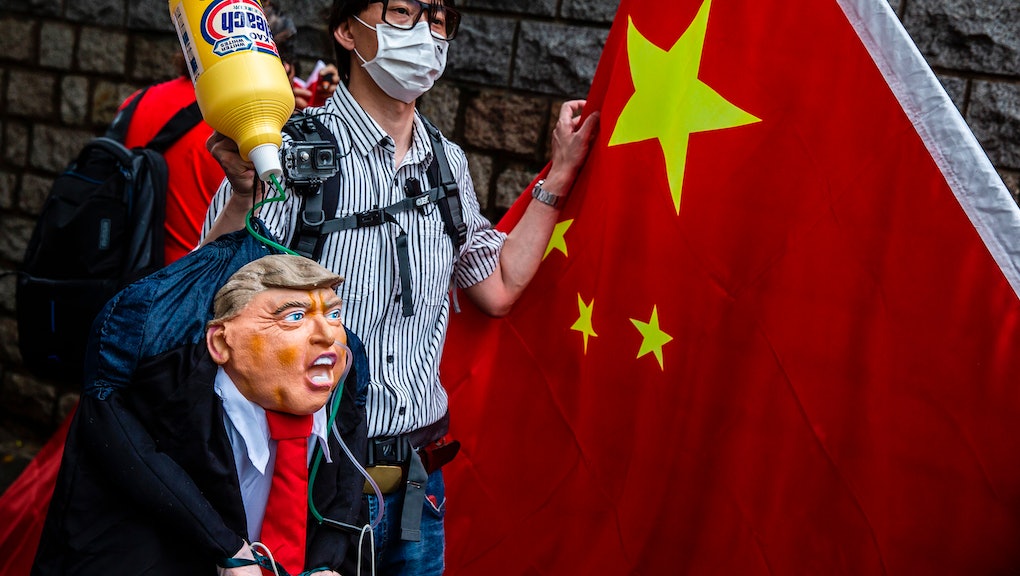 Trump has a bank account in China, his tax records show

At this stage in America's MAGA-induced decline, it's hardly a shock to assert that President Trump is peerless when it comes to psychological projection. He is, seemingly without fail, compulsively driven to transpose his own anxieties, foibles, and failings onto whomever he's feuding with at any given time.

It's with this in mind that when the president started attacking Joe Biden on, in his words, "chai-nah," we probably should have seen it coming that Trump himself would invariably be exposed as having his own nefarious-seeming dealings with Beijing. And wouldn't you know it, that's exactly what happened this week, thanks to the latest in The New York Times's ongoing investigation into the president's tax returns, which point to a previously unknown Chinese bank account which had not been disclosed in Trump's earlier financial statements.

The account, which is officially managed by "Trump International Hotels Management LLC," reportedly paid nearly $200,000 in Chinese taxes between 2013-2015, as Trump did his best to expand his business dealings into a country he now attacks regularly as president, going so far as to threaten he "could cut off the whole relationship" this past spring.

In a statement to the Times, Trump Organization attorney Alan Garten defended the previously unknown account, claiming that it was established to give the company a toehold in China as part of an broader business effort. He said that "no deals, transactions, or other business activities ever materialized and, since 2015, the office has remained inactive."

"Though the bank account remains open, it has never been used for any other purpose," Garten added.

The records obtained by the Times do not indicate with which Chinese bank Trump has his now-public account, nor does it show the full amount of money that has flowed through the account since it was opened. Per the paper, Trump maintains bank accounts in just three foreign countries: Britain, Ireland, and now China.

Trump has predicated much of his foreign policy bona fides on successfully making "deals" with China during his first term in office, despite the failure of his much-touted trade deal. And while the full extent of Trump's personal China connections remains obscured for now, the fact that he's publicly stated that "if Biden wins, China will own the United States" should be enough — given the president's penchant for excessive projection — to give anyone pause.

More like this
Please, someone explain these psychotic pants to me
By Rafi Schwartz
Rudy Giuliani's entourage is shrinking, but his bills are not
By Rafi Schwartz
The real reasons employees aren't rushing back to work
By Noah Berlatsky
Stay up to date