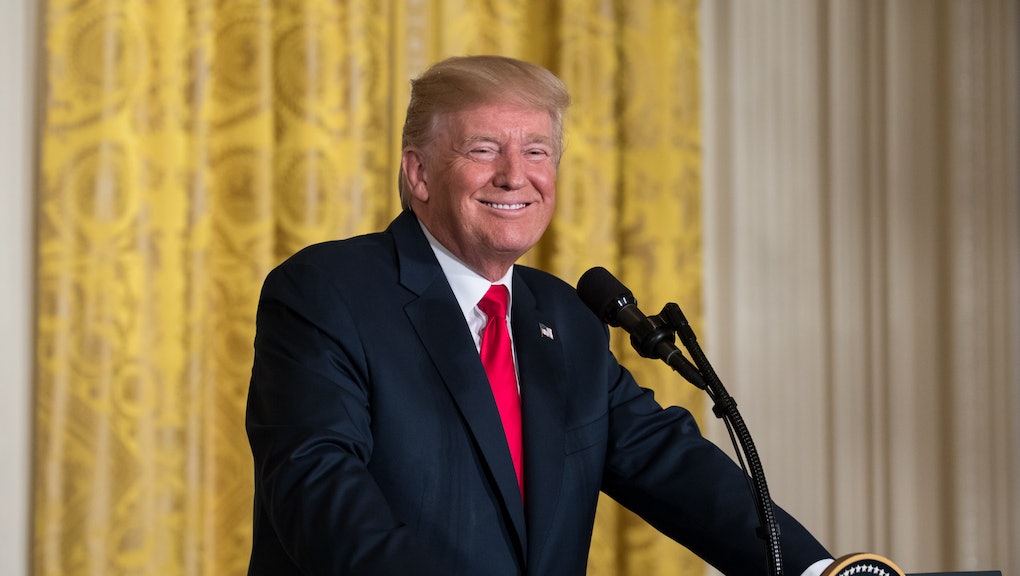 A common refrain during election years is the question, "are you better off now than four years ago?" If you're an industrial polluter or environmental criminal, the answer is likely a resounding yes. According to a study published Wednesday in the Michigan Journal of Environmental and Administrative Law, the Trump administration has largely ignored violations of environmental regulations, choosing not to prosecute those found to be harming the Earth and putting populations at risk. The result is what the researchers call “jarring, with pollution prosecution levels sagging to their lowest levels in a decade.”

Part of this is the continuation of a trend. The number of parties prosecuted has been trending downward over previous administrations, as well. Save for a high peak in 2011, when the Obama administration prosecuted 191 defendants for environmental crimes, and some fluctuations along the way, the number of accused violators has been slowly dropping.

But the Trump administration significantly accelerated that drop, going from lightly pressing on the brake pedal to slamming it on the floor. There were just 90 defendants prosecuted for all environmental offenses in 2017, the first time in the entirety of the study that fewer than 100 entities were charged. That dropped to just 75 in 2018, including just nine defendants charged under the Clean Water Act that year.

The picture is not improved by considering the number of total cases brought, rather than just the number of defendants charged, as some cases have multiple defendants. The study found that under Trump, the Justice Department filed just 34 total cases on environmental law violations in 2017 and 42 in 2018. These were by far the lowest levels of charges in the 14 years covered by the study. Prior to the Trump drop off, the smallest number of cases brought by an administration in a single year was 75 during President George W. Bush's final year in office in 2008. That's still nearly double the number of cases Trump's administration brought in its most aggressive year of enforcement.

There are a number of reasons for the sudden and dramatic downturn in the enforcement of environmental law under Trump, but first and foremost is the fact that his administration simply does not seem to care all that much. The first person Trump put in charge of running the Environmental Protection Agency, Scott Pruitt, was an unapologetic shill for Big Oil who kept ties so tight with the energy industry that he was literally renting his home from the people he was supposed to be regulating. His replacement, Andrew Wheeler, served as a lobbyist for the coal industry before heading up the agency that is supposed to regulate the companies he did business with. Neither administrator had much motivation to go about suing their old friends.

Then there's Trump's ongoing war on environmental regulations. During his three and a half years in office, Trump has worked to roll back more than 100 environmental protections. That has included weakening clean water requirements, rolling back pollution restrictions for coal plants, opening waterways for toxic waste dumping, giving companies the go-ahead to ignore methane leaks, and undoing restrictions on mercury emissions that not even the most egregious polluters wanted. It's no surprise that the same administration trying to undo many of the environmental laws on the books has no interest in treating violators of those laws as criminals.

The biggest problem with the Trump administration's complete indifference to environmental crime is that the residue of inaction will remain after he is out of office. According to the study, it typically takes between 12 to 18 months, if not longer, to investigate pollution cases and collect enough evidence to prosecute. The Trump administration has understaffed the EPA, cutting its budget and limiting its ability to investigate environmental crimes. Any administration that follows Trump will likely find itself well behind on enforcement, with few leads on polluters and other potential violators who may be putting communities and the planet at risk.

More like this
Heat waves are killing baby birds by forcing them to flee their nests before they can fly
By AJ Dellinger
Amid daily reports of catastrophe, Americans are finally starting to realize climate change is bad
By AJ Dellinger
Bernie Sanders simply does not care about your archaic Senate rules
By AJ Dellinger
Stay up to date