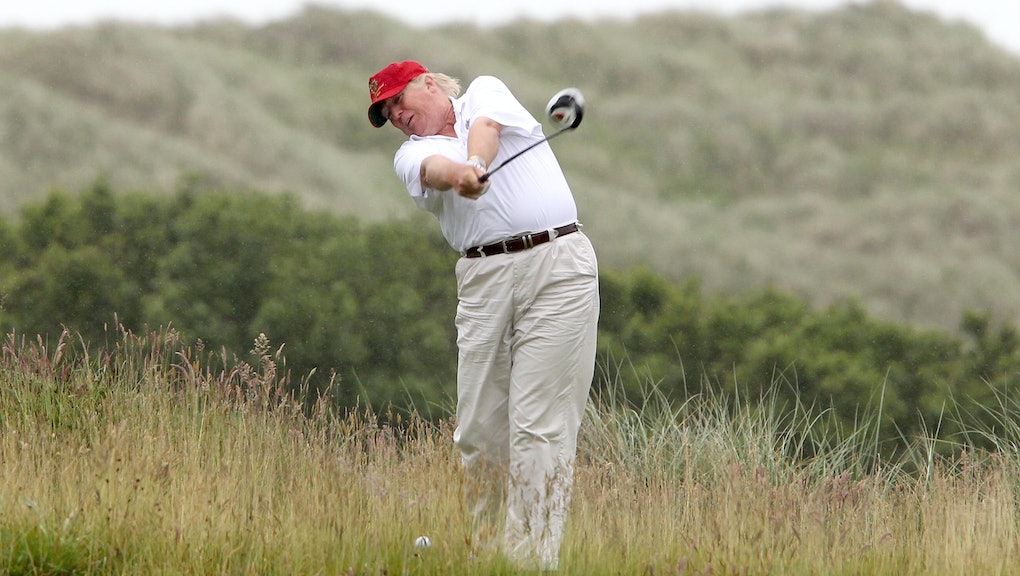 They say that if you love what you do, you'll never work a day in your life. And while I'm not certain whether or not Donald Trump actually enjoys being president all that much (he seems to like the part where he pardons turkeys), he sure has embraced the spirit, if not the literal definition, of never working a day in his life.

As the country — and the world at large — counts down the hours until we can all put 2020 in our rearview mirror, and hopefully move on to bigger and better things in 2021, Trump has spent the holiday season at his Mar-a-Lago resort, pointedly contradicting the White House's declaration that the he would "continue to work tirelessly for the American people" by juggling "many meetings and calls" and instead retreating to his safest of safe spaces: a golf course he owns.

Indeed, the president finds the lonely expanse of his private putting greens so soothing that according to CNN's Jim Sciutto, Wednesday morning's excursion marked the 313th day at one of his courses since he took office in 2016.

Nearly a quarter of his entire presidency spent hitting a ball with a stick.

Oh, and just for fun, here's a neat little tweet from way back in the heady days of 2014.

That presidents go golfing is not, in and of itself, all that remarkable; they've been doing it since the Taft administration. But to spend almost 1 out of every 4 days on the links? That takes a Ferris Bueller-level commitment to fucking off.

Incredibly, despite spending nearly every fourth day golfing, Trump actually spent more than a quarter of his term in office at one of his private properties, which means there were evidently days where the president just sort of ... hung out at home. For example, during this holiday break, Trump not only golfed a bunch, but he also found time to eat tacky pastries and complain about his wife Melania's redecorating.