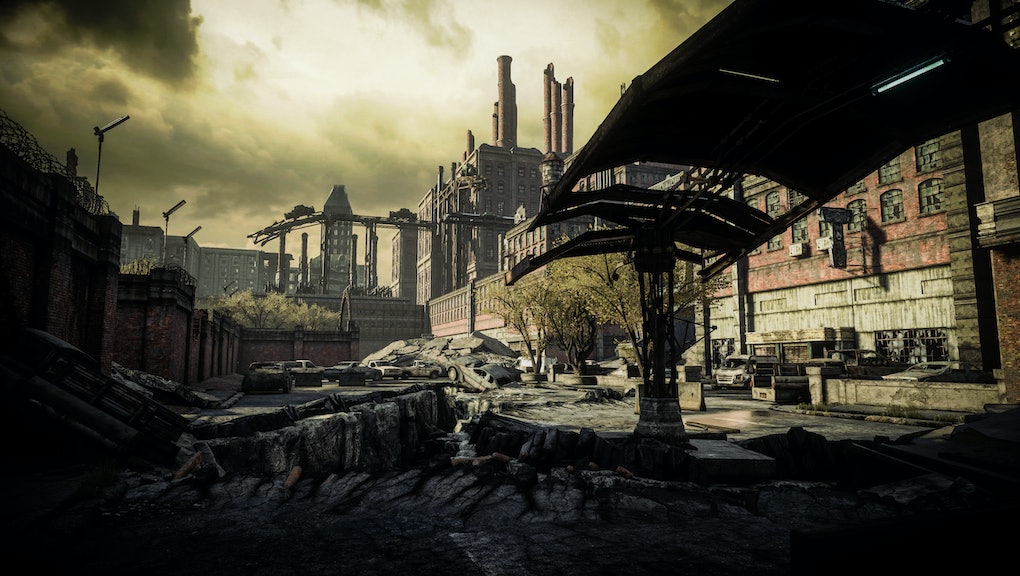 Dearly beloved, we are gathered here today, to get through this thing called ... life.

Well, no. That's not entirely correct. We're actually here to celebrate an end. The end. The conclusion of what has been one of the absolute worst years in recent memory for so many people in so many places.

The year two thousand and twenty of the common era placed us at a crossroads. Its timely demise leaves a legacy of disease and disfunction in its wake. It departs our mortal plane both exactly on time, and not a moment too soon. And although it is gone, it will not long be forgotten.

Like Mark Twain and Halley's comet, 2020 left this world just as it had entered: at the stroke of midnight on Jan. 1. While its birth was heralded in the streets and at parties, the death of 2020 will largely be celebrated at home, over Zoom, or maybe, if you're lucky, by standing a couple yards away from your closest friends and family.

From the moment it began, 2020 heralded a rocky year ahead. Born into the choppy waters of a doomed presidential impeachment process — delivering on Michigan Rep. Rashida Tlaib's commitment to "impeach the motherfucker" made almost exactly one year earlier — the first few weeks of 2020 were consumed by the spectacle of congressional witnesses, legislative tantrums, and the steadily stupid drumbeat of Donald Trump's rolling Twitter meltdowns.

But 2020, as befits any momentous cycle around the sun, had plenty of other irons in the fire too. Not content to simply be known as "The Year The President Was Impeached," 2020 seized on our limited attention bandwidth with its mastery of the art of misdirection. While we were focused on the political drama unfolding in Washington, D.C., 2020 was cooking up its worst surprise: a global pandemic which crept into the country unchecked thanks to the criminal negligence of the powers that be, and which has ravaged the nation ever since.

If coronavirus colored this past year an inescapable shade of sickly greenish-yellow, then the presidential primary and election was the narrative arc that propelled us forward, giving us our milestones, our cast of characters, and shaping the narrative of what lay ahead. From instances of compressed excitement and anxiety in which the future of the Democrats truly seemed up for grabs, to the long, interminable slog of Joe Biden's ultimate coronation as the new-old face of the party, 2020's foray into political horse-racing was as frustrating at some points as it was exhilarating at others.

But while 2020 offered us a stark choice in political contrasts, it also forced the nation to grapple with the persistent racial inequality that has seen unarmed Black men targeted and traumatized by a flawed — perhaps fatally — criminal justice enterprise. From Minneapolis to Atlanta to Kenosha, Wisconsin, and countless other cities across the country, communities felt and reflected back the pain and anger that comes with neverending injustice.

Toward the end of its time with us, 2020's vibrant ability to shock and amaze turned sour with age, as it sadly began to verge toward self-parody and a sense of simply trying a bit too hard. Still, despite being a pale shadow of the robust awfulness it displayed this past spring, 2020 retained just enough of its 2020-ness to keep us all on our toes. A massive viral outbreak at the White House? Last-minute chaos and mourning with the sudden surprise death of revered Supreme Court Justice? However much 2020 may have felt like a funhouse mirror reflection of itself toward the end, it still could pack a genuine punch when it wanted.

Which isn't to say 2020 was all bad. Nestled within all the tragedy and calamity and anxiety were moments that helped make it all bearable. While forced to quarantine, people came together over unifying pieces of entertainment, new ways to connect, and a newfound appreciation for the people in our lives. However much misery 2020 inflicted on us all — and there was more than enough to go around — it will also be remembered as the year people reached out to help one another, stood up to protect one another, and rejoiced at one another's good fortunes.

2020 is gone now. It leaves behind a legacy of pain and excitement and frustration and a million other emotional combinations that have made it more than just a year, but a punchline, a shorthand explanation, and an anomaly in more ways than one. Above all else, 2020 will be remembered for simply being so much all at once, a year that defied our perceptions of time itself as it seemed to rush by and drag on at the same time.

2020 is survived by its immediate offspring, 2021. It remains to be seen whether this new year will live up to the undeniably high bar that's been set before.

More like this
Supreme Court justices' political leanings: A guide to the 2021 court
By Vanessa Taylor
Rana Abdelhamid wants to bring a holistic vision of justice to Congress
By Vanessa Taylor
Why are there protests in Colombia? How a tax proposal ignited decades of unrest
By Ray Levy Uyeda
Stay up to date