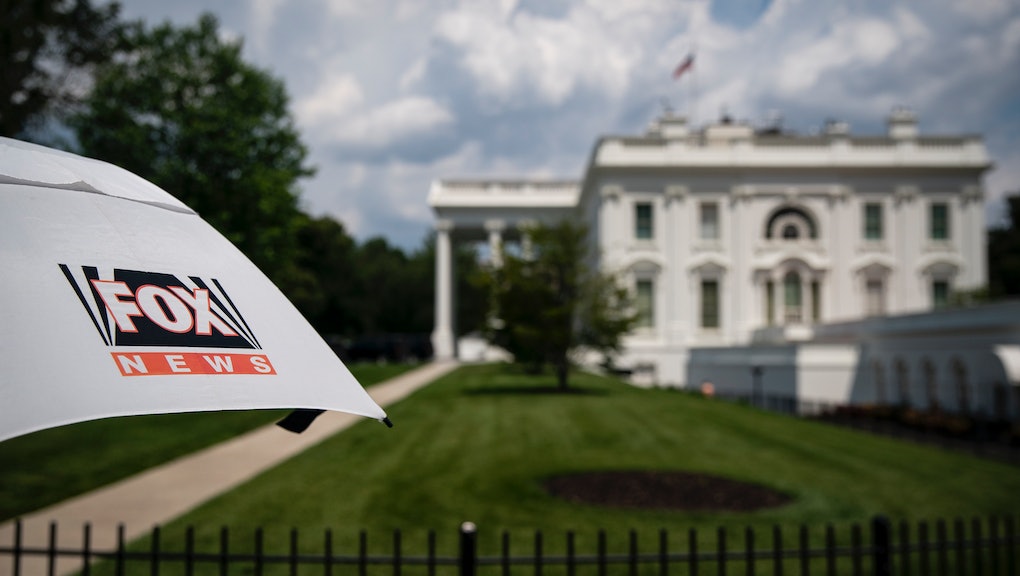 As part of his ongoing "I'm back and totally fine and definitely not contagious or at risk of infecting anyone else or having a steroid-induced mental breakdown or anything like that" media blitz, President Trump's first on-air interview since his positive COVID-19 diagnosis will not only feature a chat with Fox News host Tucker Carlson, a favorite of white nationalists, but also, per a Fox News press release, "a medical evaluation and interview" courtesy of Dr. Marc Siegel.

Siegel, you might remember, is the frequent Fox News guest physician who just a few weeks ago speculated wildly on air that Joe Biden might have been secretly prescribed Adderall and speed after allegedly suffering a "silent stroke." Siegel is also the doctor who claimed to Fox News host Sean Hannity in early March that "at worst, worst case scenario, [coronavirus] could be the flu," and who fawned over the president's ability to remember the words "person, woman, man, camera, TV" during his now-infamous interview with Trump, telling the hosts of Fox & Friends that "as you know, he is extremely sharp on every second."

Neither the network nor Siegel himself have publicly expanded on what Friday evening's planned "medical evaluation" will actually entail. But for a president who has been infamously vague about his health — if not outright contemptuous toward the expectation that the American public deserves to know the health status of their commander in chief — it's altogether fitting that his first transparency effort after he was learned to have contracted a deadly virus is to undergo a televised evaluation by a sycophant physician.

For Siegel's part, the doctor did appear on Carlson's Thursday evening broadcast to demand House Speaker Nancy Pelosi "stop pontificating" about the president's health. Evidently, he doesn't like other people moving in on his medical turf.