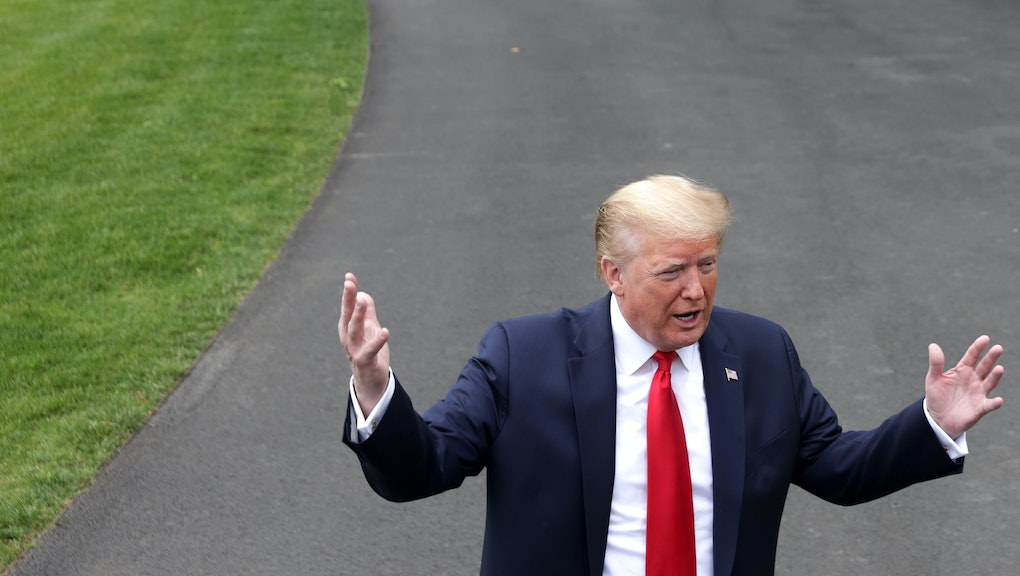 While at a protest against police brutality, two Buffalo-area police officers shoved a 75-year-old man named Martin Gugino. The violent push forced him to the ground; it was captured on sickening video, and if you listen closely, you can hear his skull hit the concrete. Gugino was rushed to the hospital, where he is currently in "serious but stable condition" according to his attorney, Kelly V. Zarcone.

The video of the interaction shows Gugino, a white man, approaching the officers, all of whom are dressed in riot gear. In a matter of seconds, two officers shove him to the ground. Gugino hits his head on the pavement and blood pools underneath him. The two officers then continue walking, and many more step over Gugino's unmoving body; at one point, when an officer tries to approach Gugino to help him, he is ushered away by another officer. Both officers who shoved Gugino were arrested and charged with felony assault.

The video went viral, but apparently wasn't believable to everyone who saw it. On Tuesday morning, President Trump hypothesized that the incident might have been a "set up" and that Gugino might be an "antifa provocateur," invoking the right's bogeyman of anti-fascist protesters.

Trump's blame of antifa was a way to scapegoat the millions of protesters who have hit the streets in the past two weeks protesting the unchecked violence against Black and brown people by publicly funded local and state police officers. There's additionally no evidence of Gugino attempting to "scan police communications" or "black out the equipment" officers were using, as Trump claims.

The tweet follows a number of the president's statements blaming protesters for property damage and calling for law and order — which, if this latest tweet is any indication, may mean that he believes violent police force to be part of "law and order." Just over a week ago, the president had officers tear gas peaceful protesters outside the White House so that he could stage a photo-op and film a re-election ad.

Trump has repeatedly used his platform on Twitter to spread misinformation and stoke fears of peaceful protesters marching against police brutality. Gearing up for the election in November, Trump has also attempted to side with police unions and the military as a show of strength and leadership.