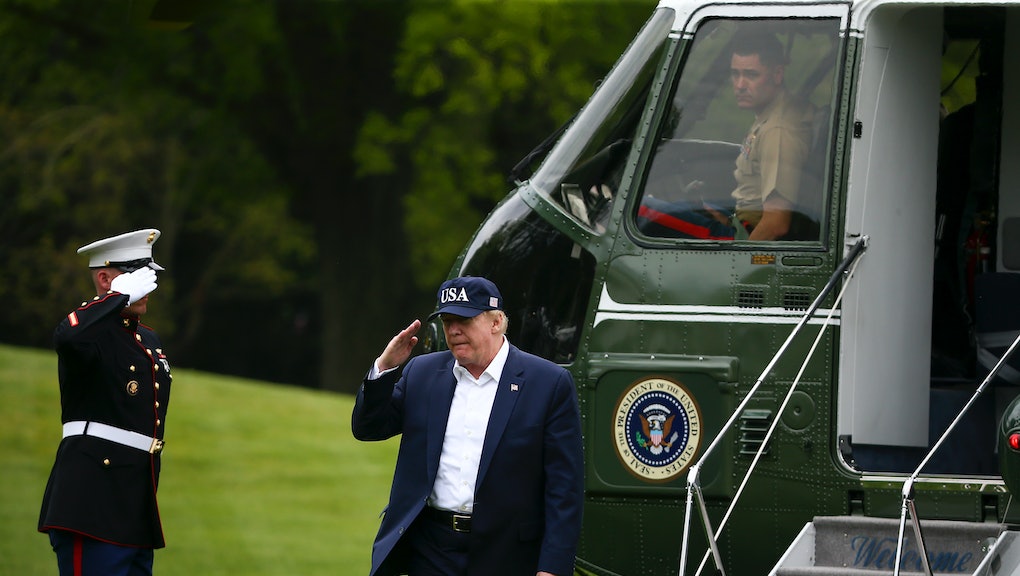 Longstanding concerns that President Trump plans to purge the government of anyone deemed less than perfectly loyal to him surfaced anew this week, with reports that the White House is installing a fierce political loyalist at the Pentagon to vet non-military officials. It's a move some current Defense Department officials reportedly fear will lead to hirings and firings based on political calculations, rather than job qualifications.

"[Cutrone] is pushing to replace and remove civilians in [the Department of Defense] that are not aligned with the White House," a senior administration official told Foreign Policy. "[Defense Secretary Mark] Esper has no say in who the key people are going into senior positions."

In February, the president tasked his former bodyman Johnny McEntee — who had been fired in 2018 for alleged financial crimes, only to be rehired this year as head of the Presidential Personnel Office — to purge "bad people” and “Deep State" operatives from the government, according to multiple sources involved in McEntee's efforts.

At the time, Axios reported that McEntee had "suggested the most dramatic changes may have to wait until after the November election." It seems, however, that the president is nevertheless pushing ahead with his purge plans by installing a known ally to ensure his authority goes as unchallenged as possible within the Department of Defense.

In a statement to Foreign Policy, the Pentagon said it had "no personnel announcement with regard to that person or that position, and we don’t have any information about any other speculation."

Cutrone reportedly serves as a CIA analyst at the moment. The timing of his planned move to the Pentagon remains unclear.