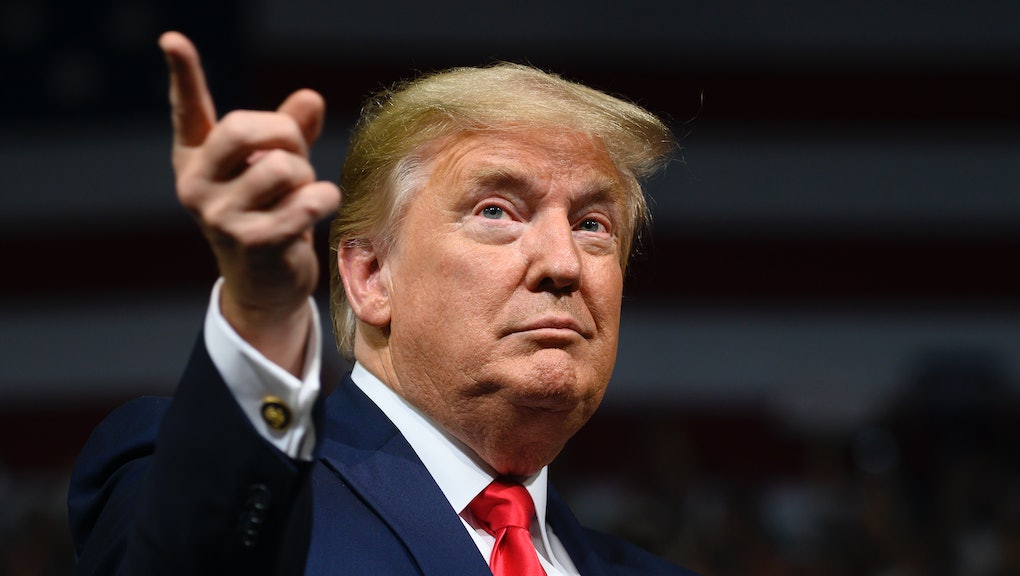 Trump's post-impeachment purge is reportedly about to begin

In the eponymous horror film series, it goes like this: A "Purge" is declared, and for the next 24 hours, all crime is legal. In real life, it's more like this: The president of the United States has faced impeachment and been acquitted, even though many of the people who voted to acquit him admitted he committed the acts for which he was impeached. After that, he declares a purge of his own.

At least, that's the news coming out of the White House on Friday, with a new report from Axios claiming that President Trump has directed his new personnel chief to get rid of any political appointees across the whole of the federal government who might be never-Trumpers or, worse yet, members of the (please read this in your spookiest voice) "DeEEeeEp StaaAAte."

Per Axios, Johnny McEntee — the president's former bodyman, who was fired by then-Chief of Staff John Kelly for alleged financial crimes, only to be rehired by Trump earlier this month — has been tasked by the president to ensure that anyone deemed hostile to the president's agenda be identified and blocked from any subsequent promotions within the administration. Gears are already turning: Citing three sources, Axios claims McEntee recently called a meeting of representatives from multiple Cabinet agencies to pass along the president's marching orders.

As some have pointed out, McEntee's mandate is limited solely to political appointees and not career federal officials or ordinary employees. And regardless of the effective scope of McEntee's new mission, the implications are both clear, and chilling: Dissent, or just the perception of a mildly divergent viewpoint within the government, is under direct attack by this president.

Already we've seen the beginnings of what the newly-emboldened post-impeachment Trump may have in mind. Earlier this month, Army Lt. Col. Alexander Vindman, who testified against the president during the House impeachment hearings, was escorted out of his White House posting at the National Security Council — as was his twin brother, also an NSC staffer, who had nothing to do with Vindman's testimony. That same day, Trump fired his former megadonor-turned-ambassador to the European Union Gordon Sondland, after Sondland also testified before the House.

Most recently, Trump has installed longtime loyalist — and current ambassador to Germany — Richard Grennell as his new, acting intelligence chief in what seems to be an effort to assume total control over an office that has frequently pushed back against Trump's more farfetched national security rantings. (The New York Times posted an op-ed about the news with the totally calm headline, "Will Richard Grenell Destroy the Intelligence Community?")

Whatever's happened so far may just be an appetizer for what comes next: Per Axios, McEntee "suggested the most dramatic changes may have to wait until after the November election."

And the stakes this fall just got a little higher.

More like this
This poll shows just how strong Trump's hold on Republican voters is
By AJ Dellinger
Trump's brilliant 2022 strategy is for Republicans to get into a messy intra-party fight
By Rafi Schwartz
Oops, the Arizona recount the MAGA crew demanded actually took votes away from Trump
By Rafi Schwartz
Stay up to date