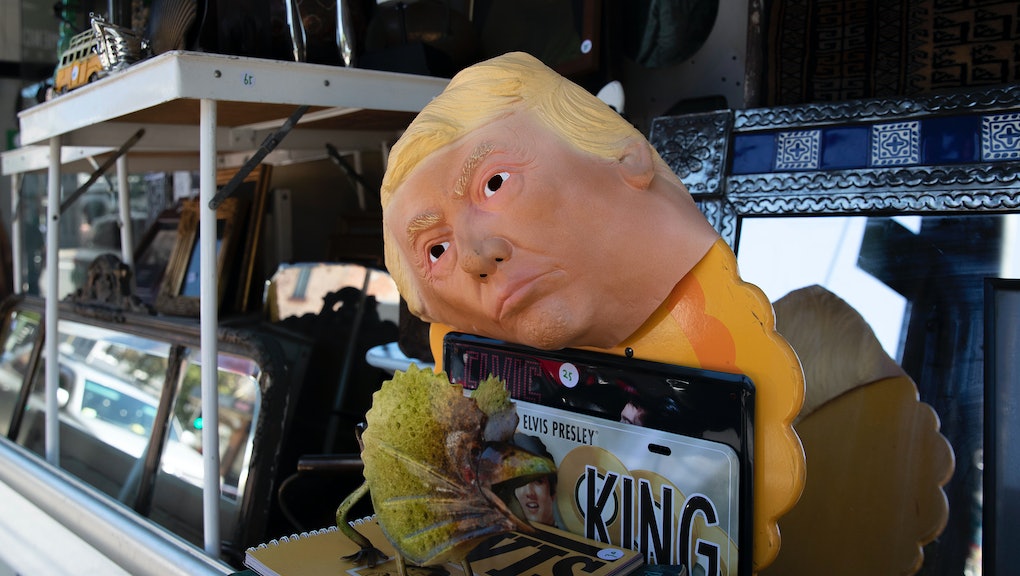 Trump is reportedly serious about pardoning himself. Can he get away with it?

President Trump has made little secret of his penchant for dangling presidential pardons before many of his most legally compromised allies. Still, even by the already-transparently transactional standards enjoyed by Trump and his cronies, the use of executive pardoning has come into sharp relief lately — and particularly after the president incited a mob to storm the Capitol in a violent attempt to overturn President-elect Joe Biden's valid electoral win.

According to CNN, the president has mulled the possibility of not only issuing a spate of pardons for his various hangers-on who were convicted of any number of crimes during Special Counsel Robert Mueller's investigation into the 2016 presidential election — he's also considering issuing pardons for his own family members, and even himself.

"Of course he will," one former administration official told CNN, adding that the president has been "obsessed with the power of pardons" for years. "I always thought he also liked it because it was a way to do a favor," the official added.

To be clear, while the Constitution grants presidents virtually unchecked power when it comes to pardons and commutations (when a sentence is lowered or removed altogether, while the initial conviction remains), there are limits to what Trump can and can't do. For instance, while the president's ability to self-pardon is constitutionally dubious, and without precedent, even if he could do it, it would still only apply to federal crimes. In other words, it wouldn't do much to shield him from the various state investigations he faces.

While Trump has claimed he has the "absolute right" to pardon himself, doing so would also raise a separate problem for a man who values appearance as much as he does action. As he noted in a tweet at the height of the Mueller investigation: "Why would I [pardon myself] when I have done nothing wrong?" He likely understands a self-pardon would, in the eyes of many, be an affirmation of guilt, and that might be a tough pill to swallow given how image-obsessed he is.

Of course, if the president has a single overriding instinct, it's to lurch toward self-preservation no matter what. If he thinks there is real danger lurking for him post-presidency that a pardon can somehow mitigate, he almost certainly won't hesitate to issue himself a free pass — and let his various hired surrogates and sycophants hash out the legal issues therein after he's already taken the money and run.

This article was originally published on November 13, 2020

More like this
This poll shows just how strong Trump's hold on Republican voters is
By AJ Dellinger
Trump thinks Robert E. Lee would have been great in Afghanistan
By Rafi Schwartz
Biden just took a swing at the terrible house of cards Trump left behind
By Rafi Schwartz
Stay up to date