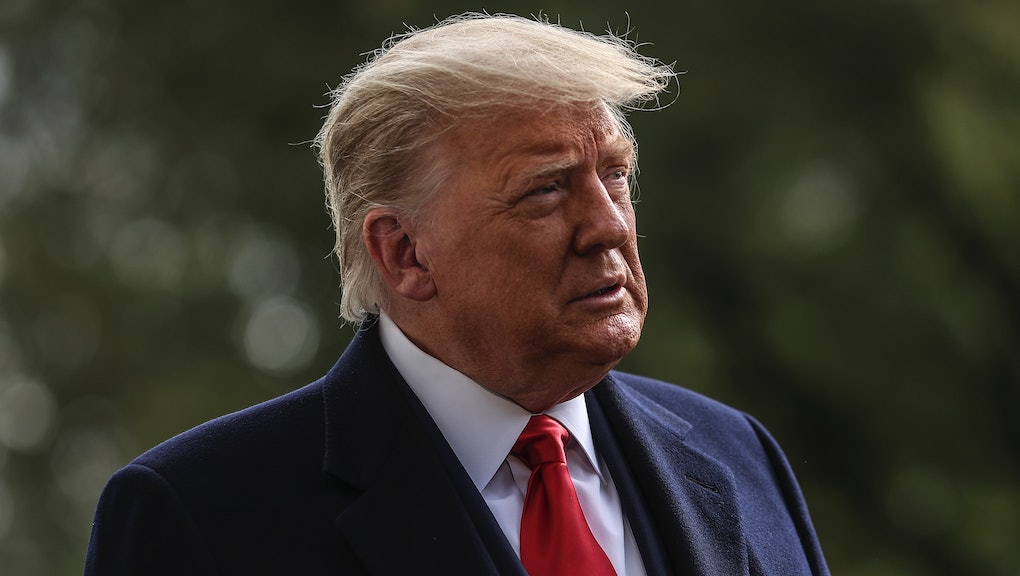 Trump: It's "a terrible thing" that valid mail-in ballots will be counted in battleground states

This election season has been chaotic from the start and people nationwide are eager to leave it behind. However, Election Day being Tuesday doesn't mean there will be a winner on Tuesday. Thanks to the coronavirus pandemic, mail-in voting became increasingly popular, and states are going to need time to tally those votes, which is not unusual. However, President Trump has threatened legal action to stop valid mail-in votes from being counted in key battleground states, which essentially amounts to voter suppression.

Early numbers so far suggest that this presidential election will have a record turnout. As Election Day nears, all eyes have turned to swing states like Pennsylvania and North Carolina. Recently, the Supreme Court ruled that both states could count ballots that arrived in the days after Election Day, which is generally a normal part of the electoral process. But for months, Trump has tried to paint mail-in voting as fraudulent to delegitimize the election ahead of time, and he's now latched onto the Supreme Court's ruling.

He continued: "We're going to go in the night of, as soon as that election's over, we're going in with our lawyers."

Trump also responded to an Axios report that stated he'd told confidants he planned to declare an early victory if it looked like he's "ahead" on Tuesday, even if a significant amount of voters have still yet to be tabulated. While Trump denied the report, his threats to assemble lawyers to target battleground states who are operating within the guidelines of a Supreme Court ruling seems like a thinly veiled alternative method to outright stealing the election.

When speaking to reporters, Trump also singled out the governors of Pennsylvania and Nevada, Tom Wolf and Steve Sisolak, who are both Democrats. Without evidence, he implied that both would interfere with election results. Regarding Wolf, Trump told reporters, "We don't want to be in a position where he's allowed, every day, to watch ballots come in. See if we can only find 10,000 more ballots."

While Trump says it's a "terrible thing" that ballots can be collected after Election Day, it's important to reiterate that this is normal procedure. Also, there are limitations: Namely, ballots need to have been postmarked by Election Day. But overall, Trump's implication that Democratic governors would interfere with election results is ironic coming from the man whose re-election campaign has hinged on inaccurately suggesting mail-in voting will lead to fraud in order to cast doubt on the results.

This strategy of Trump's has been noted repeatedly. Earlier this summer, a group of voters suing the Trump administration over its changes to the USPS even called it out in their complaint, stating that Postmaster General Louis DeJoy, a Trump appointee, "[put] his thumb on the electoral scales to help ensure Trump’s re-election and/or provide grounds for an election contest — not to mention helping Trump sow doubt in the minds of Americans about the integrity of the electoral process and the outcome itself, a loathsome tactic once associated only with tin-horn dictators and banana republics."

It's also worth noting that a man who was confident he'd win the election would probably not put this much time and effort into casting doubt on the results.