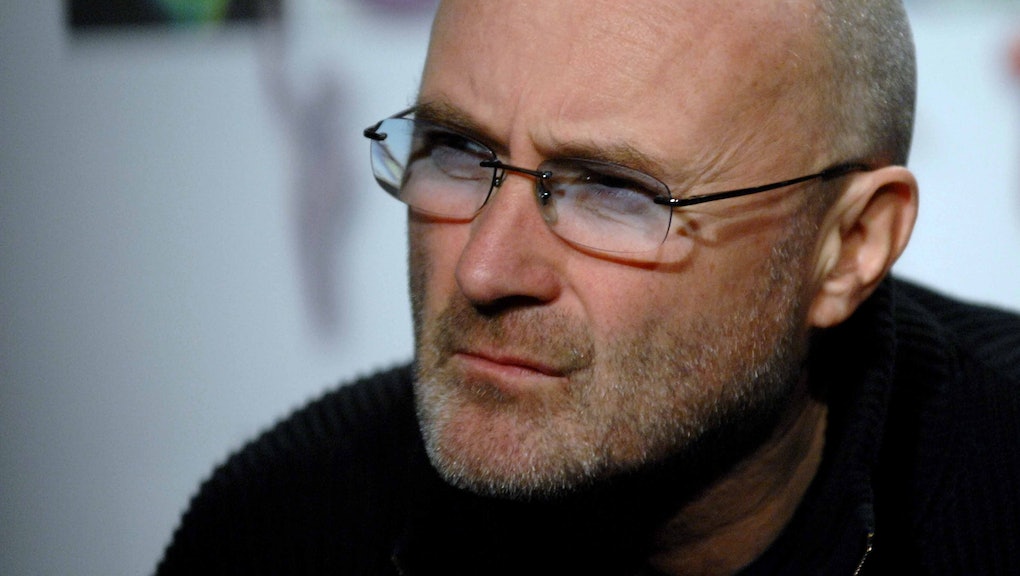 You do not under any circumstances have to hand it to President Trump, but the man knows how to pull off an on-the-nose or otherwise unnerving music sync. Early in the pandemic, he walked through a factory, maskless, while “Live and Let Die” blared. He first learned about Ruth Bader Ginsburg’s death after a rally, as “Tiny Dancer” lingered in the background. And on Wednesday night, CNN anchor Jim Acosta reported from a crowded, predominantly maskless Iowa rally as Phil Collins’ “In the Air Tonight” played over the PA system.

Now, Consequence of Sound reports that Phil Collins’ team issued a cease and desist order to the president's campaign. “Yes we are well aware of the Trump campaign’s use of this song and we have already issued a ‘cease and desist’ letter via our lawyers who continue to monitor the situation,” a representative for Collins told Consequence of Sound.

“In the Air Tonight” was an especially macabre choice for the obvious reasons — it's a song you could not so tacitly link to the airborne transmission of coronavirus, which Trump and much of his inner circle recently tested positive for. On top of this, CNN’s chyron pointed out that Iowa’s COVID-19 positivity rate currently approaches 20 percent, with cases on the rise ahead of another wave.

Far from the first major artist to rebuke Trump’s use of their music — the Rolling Stones, Adele, Neil Young, and many more also qualify — Collins joins a long list of Trump’s vocal opponents in the music industry. While most of them stop short of legal action beyond public condemnation or cease and desist orders, Trump largely has disregarded the licensing and copyright infringement violations.

Much like Fleetwood Mac’s “Dreams,” Collins’ signature hit enjoyed a revival of sorts this year. After YouTube twins Tim and Fred Williams reacted accordingly after hearing the drum breakdown for the first time, “In the Air Tonight” rocketed back up the charts. If you pair the cease and desist order with his messy marriage news and daughter Lily Collins' breakout Netflix series Emily in Paris, it's a chaotic time for the Collins family!