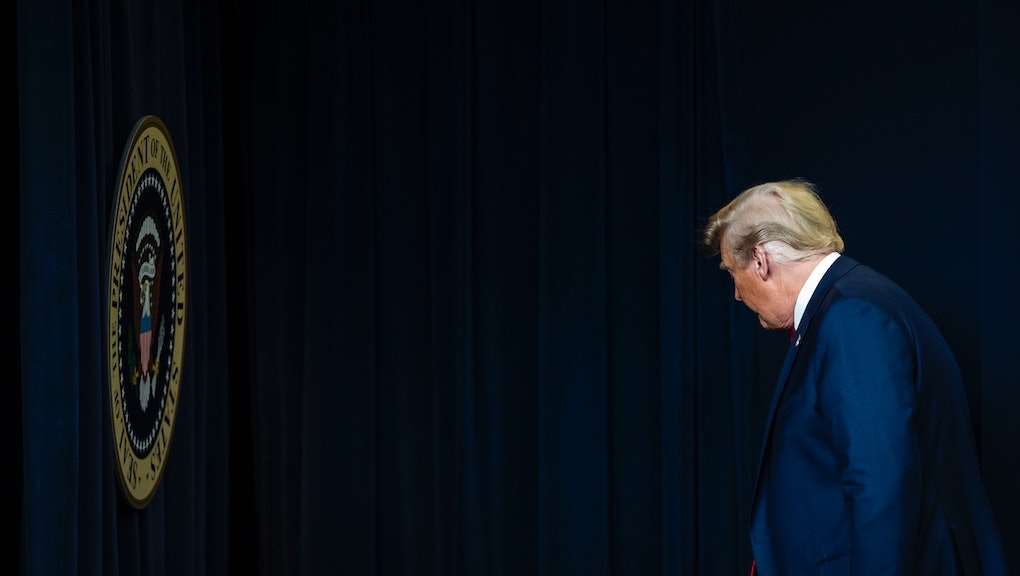 Trump reportedly might pardon the Trump Organization CFO, who allegedly helped with the Stormy Daniels cover-up

With just over one month to go in office, President Trump has been, shall we say, less than subtle when it comes to using his relatively unfettered ability to grant pardons to his various enablers and groveling loyalists. Scooter Libby, Dinesh D’Souza, Joe Arpaio, and, most recently, former National Security Adviser Michael Flynn have all been the beneficiaries of Trump's largesse, which will likely only ramp up as we move nearer and nearer to the end of his administration.

Rumors that the president is mulling granting himself and his immediate family preemptive pardons even before any of them have been indicted for a federal crime is, understandably, the sort of five-alarm indicator of some significantly shady behavior. But nearly as distressing is a report from CNN suggesting that Trump is considering a pardon for Allen Weisselberg who, while hardly a recognizable name like some of Trump's other beneficiaries, has the dubious honor of serving as the chief financial officer for the Trump Organization.

Weisselberg, it's important to note, has not been charged with any crimes. But as CFO of the Trump business empire, he's been intimately involved in the company's many questionable dealings, many of which are currently under investigation by New York State Attorney General Letitia James. Weisselberg was also repeatedly named by former Trump consigliere-turned-congressional witness Michael Cohen as one of the lynchpins in the president's sprawling web of possible financial crimes — among them, the thousands of dollars in hush money payments given to adult film star Stormy Daniels after her alleged affair with Trump.

In 2018, Weisselberg was granted immunity by federal prosecutors in exchange for testimony in their investigation into the Daniels payments. And while James's investigation into the Trump Organization is perhaps the greatest legal threat currently facing the president's business, the fact that it's taking place at the state level means Trump's potential federal pardon of Weisselberg wouldn't apply to any charges brought by James's office.

Still, that Trump is reportedly considering Weisselberg for a pardon at all suggests there could be potential criminal exposure out there that the public is simply unaware of, and that a pardon for Weisselberg could neutralize that threat. In other words, for Trump it's just business as usual.

More like this
Nearly half of Asian Americans have experienced at least one racist incident, per a new survey
By Rafi Schwartz
The DOJ will investigate the Minneapolis Police Department for "systemic policing issues"
By Rafi Schwartz
13-year-old Adam Toledo put his hands up. Chicago police killed him anyway
By Rafi Schwartz
Stay up to date