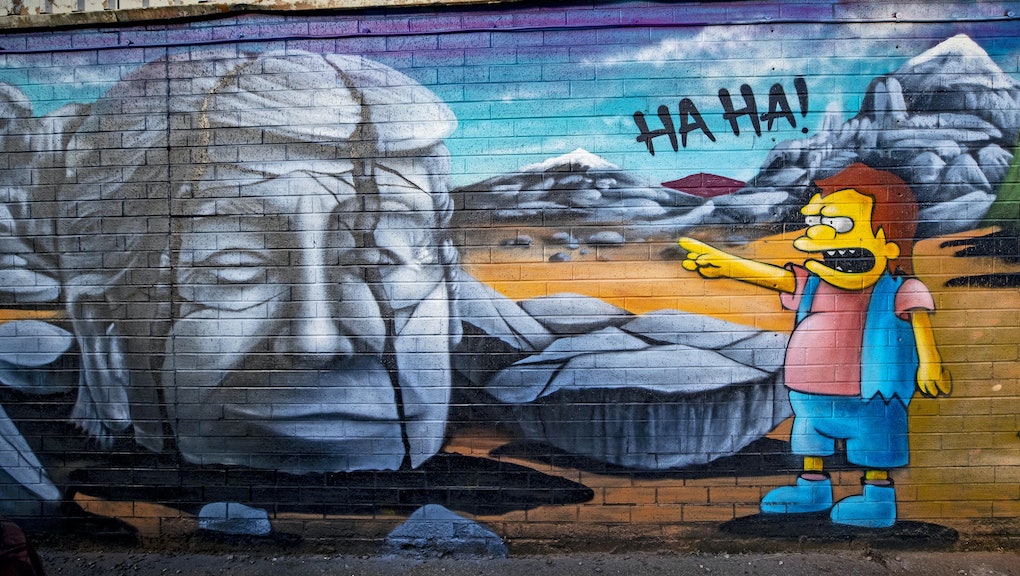 It's one of the most persistent and extremely believable rumors of President Trump's 2016 campaign: Not only did Trump never actually expect to win the White House, but his entire run was in fact predicated around grifting as much money and attention as possible so that he could create of an eventual "Trump TV" media empire.

Now, four years later, that same ol' rumor mill is creaking back to life as Trump plugs his ears with his fingers and throws a world-class temper tantrum over the fact that he has lost his bid for re-election to "sleepy" Joe Biden, of all people.

According to "a source with detailed knowledge of Trump's intentions" who spoke with Axios's Mike Allen on Thursday, Trump plans "to wreck Fox [News]" with a digital media channel built, in part, out of his campaign's email and phone contact lists. "No doubt about it," the source added.

Trump has whined about Fox News's 99% positive coverage of him and his administration in the past — often accompanied by overtures to even more sycophantic outlets like NewsMax and OANN. Still, in this instance his alleged threat to "spend a lot of time slamming" the network, per Allen's unnamed source, comes just days after the president reportedly called Fox News's deified head honcho, Rupert Murdoch himself, to scream about the network's early call of Arizona going to Biden on election night. And indeed, shortly after Allen's story was published, Trump publicly excoriated Fox News once again on — where else? — Twitter.

Presumably, Trump was referring to himself when he mentioned the "Golden Goose" in his tweet — an interesting choice insofar as the titular fowl in the original Grimm Brothers fairy tale ends up making just about everyone around it miserable, except its owner, who stumbles upwards to success after a humorless princess sees the goose and laughs at it.

In any case, whether or not Trump actually follows through on the ever-present threat to start his own network remains to be seen. What's clear, however, is that if he were to do so, it would be inspired in no small part not only by both his insatiable need to make money and remain the absolute dead-bang center of attention, but also by his deep genetic compulsion to turn on even his closest allies and crush them without regard — and there are few institutions that have been more inextricably allied with Trump over the past few years than Fox News.

On that note, as I write this on Thursday afternoon, the Fox Corporation's stock has dropped nearly 6% for the day.