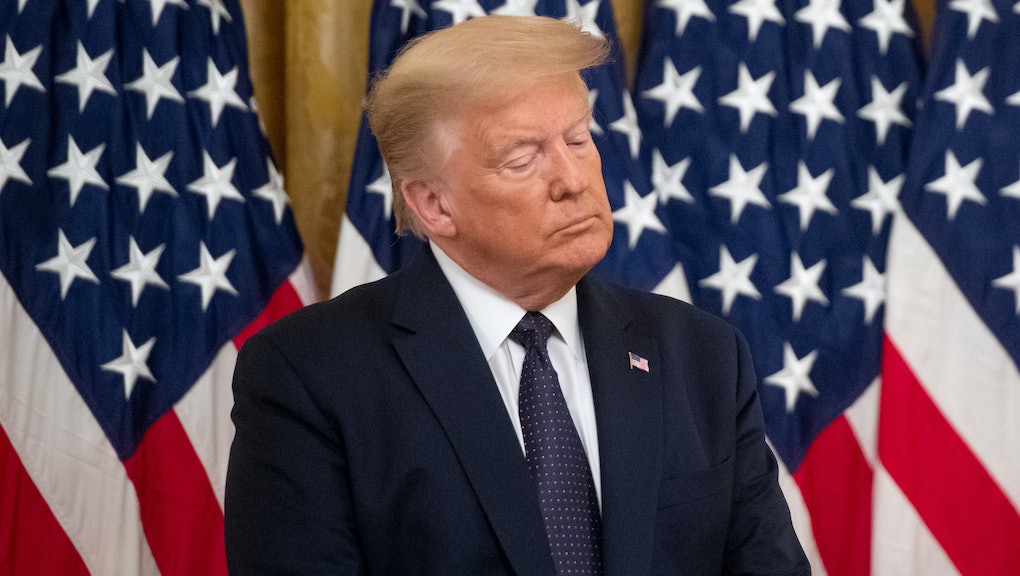 The Congressional Research Service notes that the first year after Major General Gordon Granger rode on horseback from Philadelphia to Galveston, Texas, to announce that American enslavement of Africans was over, former slaves celebrated their freedom. Historical documents note that the 1866 celebration of Juneteenth (named for June 19, 1865, the day Granger arrived), people celebrated with "community-centric events, such as parades, cookouts, prayer gatherings, historical and cultural readings, and musical performances."

Now, almost every state in the nation and the District of Columbia observes the holiday in some way. And in light of the ongoing national uprising against police brutality against Black Americans, the day has accrued a particular poignance this year.

Yet despite this history, President Trump said in an interview with The Wall Street Journal published Thursday that it was he, in fact, who "made Juneteenth very famous.” Furthermore, his bizarre boast came because of the fact that his campaign had announced plans to hold its first rally since coronavirus lockdowns began on Friday on Tulsa, Oklahoma — plans that were immediately savaged given that city's history as the site of an infamous racist massacre.

"It’s actually an important event, an important time,” Trump said. “But nobody had ever heard of it,” he claimed, until the uproar over his rally plans.

As Politico pointed out, Trump could include himself on the list of those who had never heard of the holiday. The president told The Wall Street Journal that a Black Secret Service agent recently had to explain the significance of the day to him, despite the fact that the Trump White House has released statements for the past three years acknowledging Juneteenth.

It should be restated explicitly that not only did Trump not know what this Friday's celebration entailed or that his office had put out a statement to that effect, but also that Trump is taking credit for popularizing Juneteenth because he scheduled an event for that day that offended so many people that it garnered immediate national attention.

More like this
The DOJ only prosecutes 17% of hate crime suspects, a damning new report says
By Vanessa Taylor
A state-by-state list of racist Confederate monuments that have been removed so far
By Vanessa Taylor
The U.N.'s human rights chief just called for reparations on a global scale
By Vanessa Taylor
Stay up to date