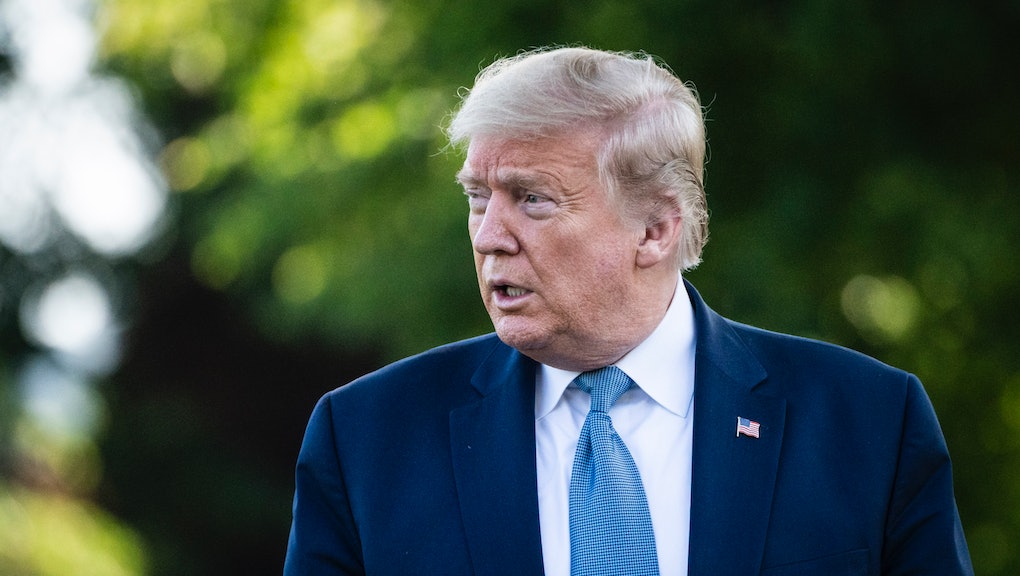 The United States just hit 2 million coronavirus cases and is still seeing surges in some states. But that won't stop President Trump from holding off on campaigning any longer. On Wednesday, Trump announced that he'd hold his first rally since coronavirus lockdown in Tulsa, Oklahoma, a.k.a. the site of an infamous racist massacre. And if that wasn't enough, Trump plans to head there on Juneteenth.

Trump's decision to go to Tulsa on June 19 may not register with everybody. But on that day, many Black people come together to commemorate the end of slavery. While former President Abraham Lincoln issued the Emancipation Proclamation on Jan. 1, 1863, its wording essentially meant that only slaves in states that seceded from the United States were freed.

As a result, many slaves remained in border and Southern states that were under Northern control. It wasn't until June 19, 1865, when Union troops arrived in Galveston, Texas, that all slaves were considered free. Trump's decision to hold a campaign rally on such an important day for Black people in the United States comes off as a slap in the face.

It's also the location that matters. A little over 100 years ago, a white mob murdered hundreds of Black people in the Greenwood District of Tulsa, otherwise known as "Black Wall Street."

Across the United States, protests against the murders of George Floyd, Breonna Taylor, and other Black people killed by police have not waned. With the U.S. in its own period of civil unrest, Trump's plans to head to the site of a race massacre may ignite more of the fire.

Because while Trump likes to boast about how much he's done for Black people, his rallies have mostly served to bring blatant white supremacy into the mainstream. As The Atlantic reported, "[Trump's] presidential campaign was fueled by nativist sentiment directed at non-white immigrants, and he proposed barring Muslims from entering the country." For those who are Black, immigrant, and Muslim, Trump has been particularly hostile, as seen when he attacked Somali refugees at a 2019 campaign rally in Minneapolis.

“For many years, leaders in Washington brought large numbers of refugees to your state from Somalia without considering the impact on schools and communities and taxpayers,” Trump said, drawing jeers and boos from the mostly white crowd in attendance.

And it's clear that Trump didn't leave racist rhetoric on the campaign trail, either. White supremacist influence shaped both his original travel ban, which targeted Muslim-majority countries specifically, and his expanded ban that centered on African nations. His responses to the ongoing protests have been telling, too: Just recently, Trump quoted a racist former police chief when he threatened Minneapolis protesters with "shooting," shared a letter calling protesters in Washington, D.C. terrorists, and said his administration "will not even consider" renaming military bases that are named in honor of Confederate generals.

More like this
Nearly half of Asian Americans have experienced at least one racist incident, per a new survey
By Rafi Schwartz
Rick Santorum's explanation of America's founding is a masterclass in ignorance
By Rafi Schwartz
Marjorie Taylor Greene's reaction to the Chauvin verdict was to compare BLM to the KKK
By Rafi Schwartz
Stay up to date