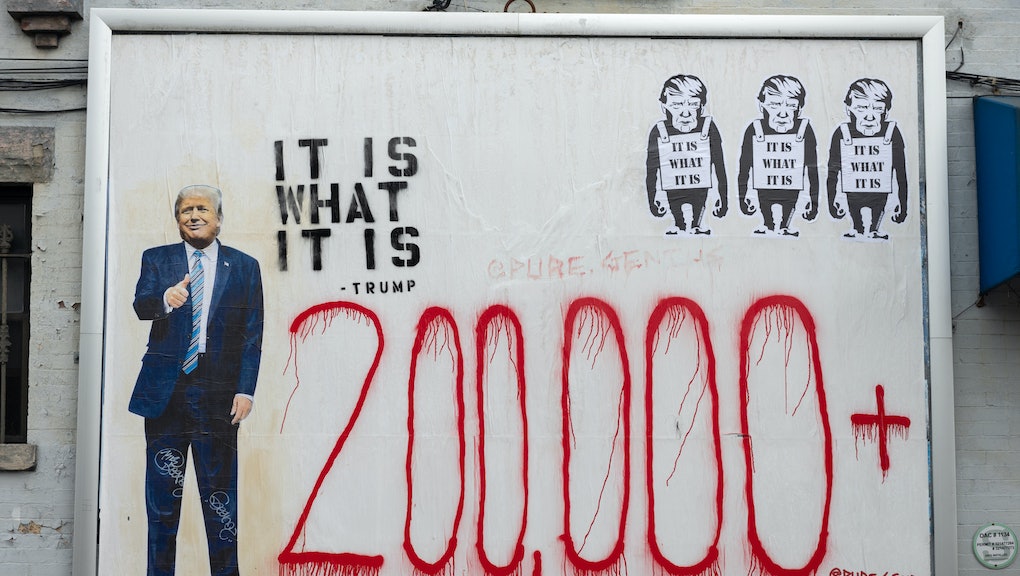 Trump was the single-worst source of coronavirus information, a study concluded

It's hardly a secret that President Trump's ongoing coronavirus response has been, to put it mildly, a complete catastrophe. From regularly downplaying the looming public danger during the pandemic's early stages, to hosting massive potential super-spreader political rallies throughout the summer and into the fall, the past eight months or so have essentially been defined by Trump's utter bungling — both deliberate and institutional, as well as whatever combinations thereof — of America's COVID-19 crisis.

Now, thanks to a new study from researchers at Cornell University, Trump's firehose of pandemic-themed falsehoods and obfuscation has started to be quantified. The finding is staggering: The president himself is the single largest contributor to the coronavirus "infodemic" of misinformation, and it's not even close.

"It is apparent from the data that mentions of President Trump within the context of COVID-19 misinformation comprise by far the largest single component of the infodemic," the researchers concluded. "Trump mentions comprised 37.9% of the overall infodemic, well ahead of 'miracle cures,' which comprised 26.4%. However, a substantial proportion — possibly even the majority — of the 'miracle cures' topic was also driven by the president's comments, so a substantial overlap can be expected between these topics."

"The biggest surprise was that the president of the United States was the single largest driver of misinformation around [coronavirus],” the study's lead author, Sarah Evanega, told The New York Times. “That’s concerning in that there are real-world dire health implications."

In part, we've already seen some of those implications come to fruition. The president's steadfast refusal to wear a face mask, contrary to Centers for Disease Control and Prevention recommendations, has helped fuel the largely Republican/Democrat schism on mask-wearing in the first place. And according to a just-released Axios-Ipsos poll, less than 20% of the country would take a first-generation coronavirus vaccine based solely on Trump's word that it was safe — the lowest rating of all the options given in the poll.

"Not only is he not an expert, but he's undermined his own credibility," Ipsos U.S. public affairs president Cliff Young told Axios. "He's flip-flopped and twisted and spun things when it comes to the science around the virus."

At this stage in the pandemic, the truth is we're likely looking at months before things even begin to return to something vaguely resembling the nebulous haze of "before." But based on the data starting to come in, that time frame hinges in no small part on the president himself — and whether people follow his lead, or follow science instead.

More like this
So weird how Sean Hannity is super into the vaccine now
By Vanessa Taylor
Chuck Schumer's legal weed bill is actually pretty good
By Rafi Schwartz
Should vaccinated people wear masks indoors?
By Peter Chin-Hong
Stay up to date