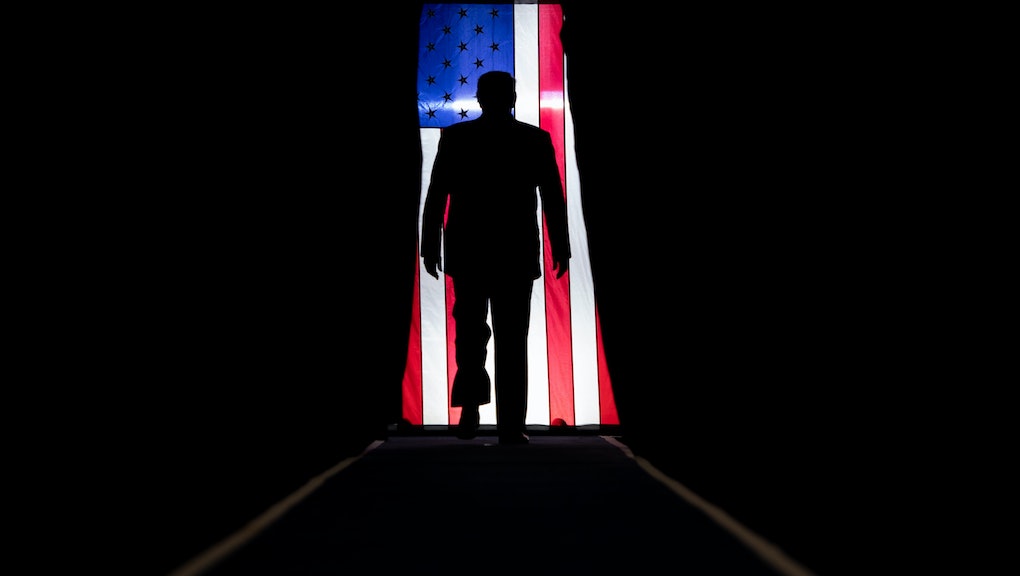 Trump's actions don't warrant impeachment, Republicans say. So what would?

What would it take to impeach the president? That’s the obvious question raised by Republican senators’ responses to the latest revelations about President Trump’s conduct in Ukraine. If withholding aid to a vulnerable ally in order to force its government to investigate a political rival isn’t impeachable, what is? Invoking Trump’s infamous statement that he could shoot someone on Fifth Avenue and face no consequences has become a pundit cliche. The point stands, though — with the Republican base not budging on its support for Trump, many senators who depend on those same voters have publicly capitulated on the abuse of power accusations emerging from the House impeachment inquiry, all before a Senate impeachment trial has even begun.

Of course, we now know that the transcript is likely incomplete. Lt. Col. Alexander Vindman, the decorated Army officer and Ukraine expert on the National Security Council, is reported to have told the House during his deposition Tuesday that in its summary memo of Trump's call with Ukrainian President Volodymyr Zelensky, the White House removed several moments of Trump directly pressuring Zelensky to investigate Vice President Joe Biden. Vindman also reportedly said that Trump mentioned Burisma, the gas company Biden’s son Hunter was involved with.

In other words: Someone in the White House seems to have known that Trump’s behavior was wrong and tried to hide the worst of it.

That’s fine with Wisconsin Sen. Ron Johnson. Asked about the transcript gaps, Johnson said that Vindman should “take that transcript and make his edits ... What I’d heard of them I doubt it’d make any difference.”

Which brings us back to the question: If none of these possible abuse of power allegations register as impeachable, what would?

A month ago, South Carolina Sen. Lindsey Graham seemingly answered that question. When he was asked what exactly an impeachable quid pro quo would look like, shortly after the edited transcript of the call was released, Graham offered the following hypothetical response: “Uh, hey pal, you know, you need to like, go after the Bidens, or I ain’t gonna give you any money,” he said. “Be really, like, thuggish about it.”

Now, several different high-ranking nonpartisan officials including Vindman and U.S. diplomat Bill Taylor have testified that that’s basically what Trump did, give or take Graham’s highly questionable attempt at “thuggish” syntax. How has Graham responded to these revelations?

By dismissing Vindman and doubling down on feeble process complaints, of course.

“I have no doubt that he’s doing what he thinks is right," Graham said of Vindman in an interview with The Hill. "I appreciate his service, but I’ve read the transcript, and if you add his corrections in it doesn’t change anything for me."

Graham went on to complain about the way that the House is conducting its investigation. “It’s still a behind-closed-doors, lack-of-due-process,” Graham said. “And they’re trying to create something new that I think is just substandard and dangerous to the presidency."

In other words, Trump did nothing wrong, and it's the Democrats who are in the wrong for even asking about it. Taken a step further, Graham’s line of reasoning appears to be that the president is totally infallible. And that seems to be the only line of defense, really, that the president will accept from his flunkeys in the Senate.

Senate Majority Leader Mitch McConnell — one of the people most important to the president’s defense — claimed victory after House Speaker Nancy Pelosi agreed to hold a vote in the House on Thursday, bringing the impeachment proceedings before the full chamber. “Obviously they’ve responded to the pressure that we put on them to try to handle this in a more transparent way that meets basic standards of due process that every American would be entitled to,” McConnell said. That wasn’t enough for Trump.

“I’d rather go into the details of the case rather than the process,” Trump told reporters Monday. “Process is wonderful,” he added. “But I think you ought to look at the case.”

Again, to translate: He’s innocent, the case against him is nothing more than another "witch hunt," and all Republicans should dismiss it out of hand, full stop. No parsing the process, no conceding any facts — the “details of the case” clear Trump’s name, and that is that.

So far, most Republicans seem to be toeing the line. Maybe it’s because they’re afraid to cross their base, which still overwhelmingly supports Trump. Or maybe they actually believe he’s infallible.

It’s hard to say which option is worse.