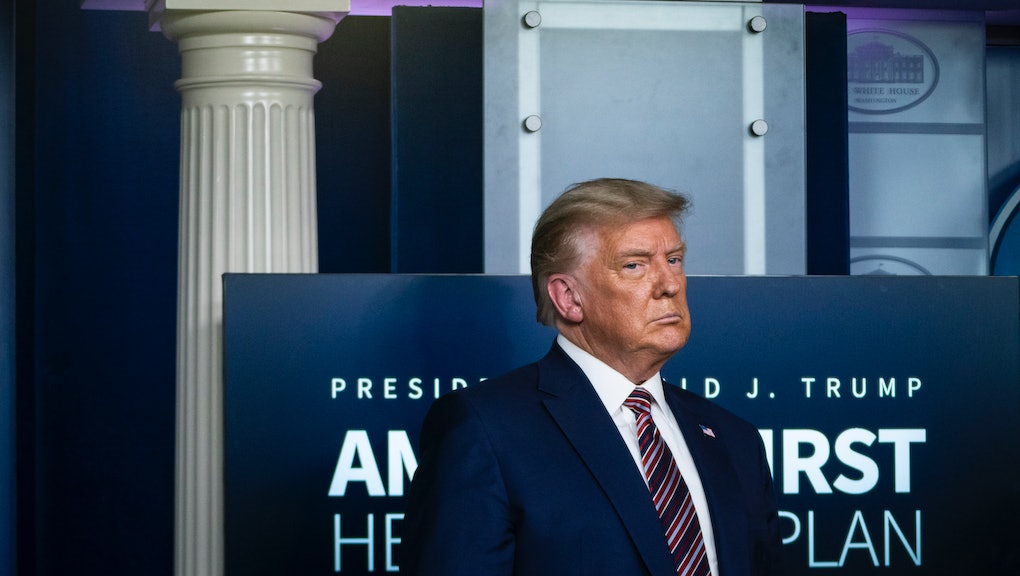 Trump's campaign filed a last-ditch appeal in Pennsylvania, because this just won't end

Despite it being nearly three weeks since Election Day, President Trump still refuses to concede his loss to former Vice President Joe Biden. Instead, he's scrambling to file lawsuit after lawsuit to question the results. Most recently, Trump's campaign appealed a federal judge's scathing dismissal of its Pennsylvania election challenge.

Trump's hopes of re-election were essentially lost when Pennsylvania, a key swing state, finally turned blue on Nov. 7, four days after Election Day. In response, Trump's campaign filed a lawsuit that claimed there was widespread voted fraud; the suit, if successful, would have invalidated millions of votes. But on Saturday, U.S. Middle District Judge Matthew Brann dismissed the case, citing the campaign's lack of evidence with regards to any supposed fraud and issuing an order allowing Pennsylvania to certify its election results.

As predicted, Trump didn't take kindly to that. He tweeted that Brann's decision was "a continuation of the never-ending witch hunt," alleging that Brann "would not even allow us to present our case or evidence."

Again, there is no evidence of widespread voter fraud, nor has the Trump campaign provided any. In a separate tweet, Trump wrote, "WILL APPEAL!"

Trump's continued claims of election fraud are part of a larger strategy he built in the months before the election. By railing on mail-in voting, a popular alternative to in-person votes given the pandemic, Trump set the stage to contest any results that didn't go his way. Just days before the election, Trump said it's a "terrible thing" that key swing states like Pennsylvania and North Carolina would count ballots that arrived after Election Day, so long as they were postmarked by Nov. 3 — which is a normal part of the election process.

While Trump claims without evidence that there was abundant fraud in Pennsylvania and that his campaign wasn't permitted to present anything, Brann's order addressed the campaign's evidence — or lack thereof. Brann wrote that the campaign "ask[s] this court to disenfranchise almost 7 million voters," but rather than presenting "compelling legal arguments and factual proof," the Trump campaign only offered "strained legal arguments without merit and speculative accusations" that were "unsupported by evidence."

"In the United States of America, this cannot justify the disenfranchisement of a single voter, let alone all the voters of its sixth-most populated state. Our people, laws, and institutions demand more," Brann continued.

Of course, the Trump campaign screaming fraud only to have no evidence to support those claims isn't only happening in Pennsylvania. The campaign's claims of supposed fraud in Michigan ended up just being a bunch of whiny complaints, and last week, top election security experts wrote a letter stating that the elections were not rigged. And if that isn't enough, Trump's own Cabinet department has also said "there is no evidence" of election fraud.