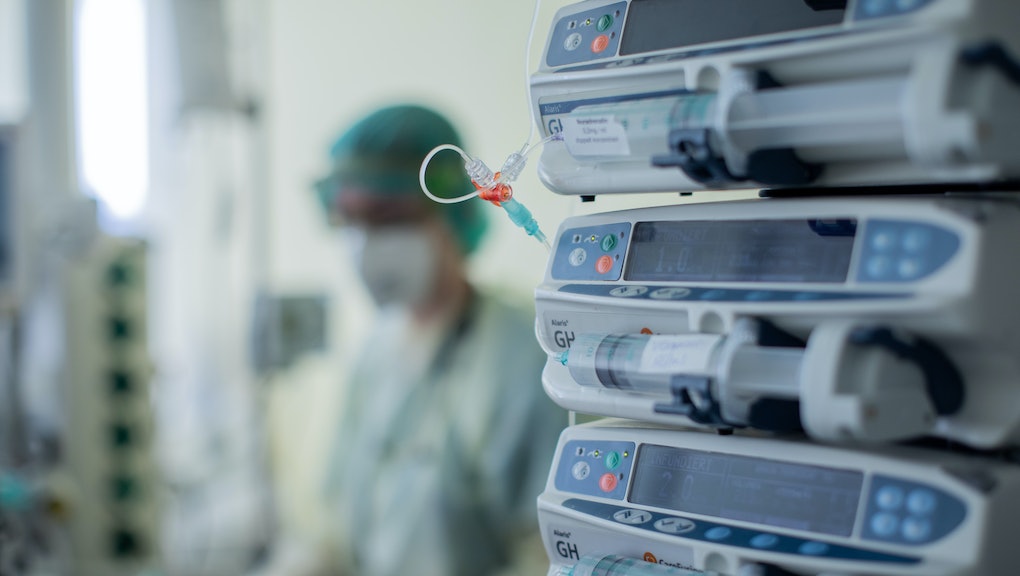 Trump's refusal to concede might end up literally killing people

Since Election Day, President Trump has refused to acknowledge former Vice President Joe Biden's victory. Instead, Trump falsely declared himself the winner early on, and his campaign rushed to file lawsuits to stop vote counts in multiple states. If the damage to the democratic process isn't enough, reports now say that Trump's refusal to concede will likely result in more coronavirus deaths, as it is preventing officials in his administration from communicating with Biden's incoming coronavirus task force.

However, officials working on the coronavirus vaccine process, namely those involved with Operation Warp Speed, told The Daily Beast that they haven't been able to do so. This is a big deal as reports drift in regarding drug giant Pfizer's coronavirus vaccine, which the company says is 90% effective so far. Without coordination between Trump officials and the president-elect's transition team, officials say that the coming Biden administration could face significant delays in distributing a vaccine.

“The vaccine distribution planning takes time,” one senior health official told The Daily Beast. “And Operation Warp Speed has built up a huge database that is guiding their decisions about how best to roll out the vaccine. It’s essential Biden’s camp has access to this information so that when a vaccine does become available it can get out to the public quickly.”

Trump and his administration have been giving Biden difficulties on multiple fronts. The head of the General Services Administration has refused to sign off on key documents to start the transition process, prompting Biden's team to threaten legal action, and Attorney General William Barr gave United States attorneys permission to investigate nonexistent voter fraud.

Unfortunately, incompetence from Trump regarding the pandemic has become the norm. His administration basically ignored coronavirus for two months, and he has consistently slammed public health efforts like instituting lockdowns and wearing masks. So far, over 240,000 people have died due to coronavirus, and the pandemic is not slowing down. This month, coronavirus cases nationwide skyrocketed. On Wednesday, daily cases in the United States hit a record high, with 140,543 reported — and it was also the ninth straight day that new cases topped 100,000.

“It's a really difficult virus to fight. And if you're not organized, you don’t fight effectively, you don't communicate effectively and you don't do things that are proven to work, it’s impossible,” Dr. Tom Frieden, former director for the Centers for Disease Control, told The Daily Beast. “So I would hope that in the coming two months we see some improvement in management of the virus, because this is a really dangerous time. Unless we change our plans for Thanksgiving, we're not going to have a very merry Christmas.”